With its focus on high speed delivery and steady growth, Shree Maruti Courier has survived competition from biggies, startups and countless clones to emerge as one of the top logistics players in India 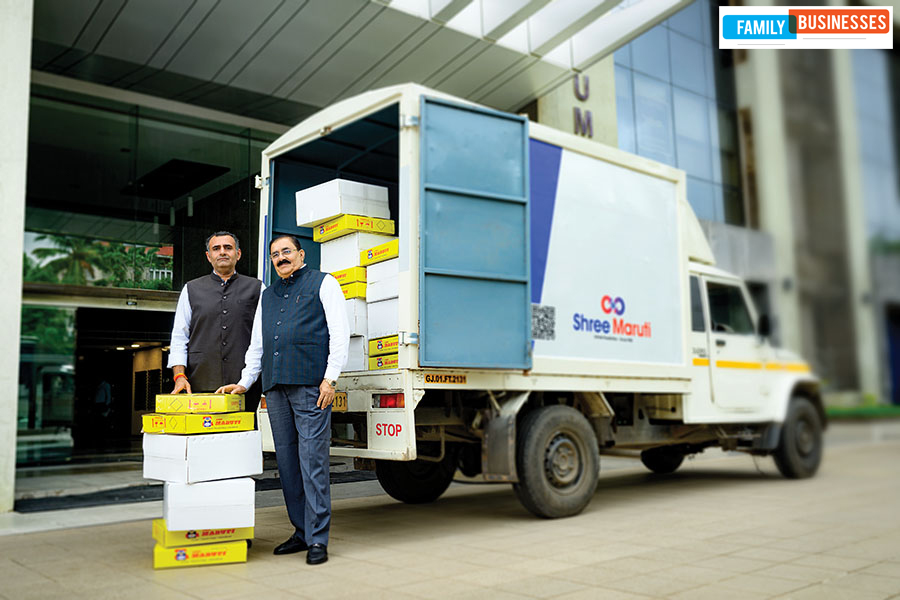 2022, Ahmedabad. Papa, isko unicorn bolte hain [father, this is known as a unicorn],” the seven-year-old said gleefully to his inquisitive father. After a quick low-down on the mesmerising creature—it’s a one-horned, white horse with magical powers—the kid got immersed in his favourite cartoon show on TV. “I was familiar with this word, but didn’t know what it meant,” confesses Ajay Mokariya, managing director of Ahmedabad-based Shree Maruti Courier, which was started by his father Ram Mokariya in 1985 in Porbandar, Gujarat. “Mujhe bas itna pata hai ki sabko unicorn banna hai [all I know is that everybody wants to become a unicorn],” the second-generation entrepreneur says laughing, alluding to the $1-billion or more valuation of a privately owned company which gives it a ‘unicorn’ tag.

Back in the beginning of 2016, Ajay heard a lot of unicorn noise. A bunch of intra and inter-city logistics startups—TheKarrier, TruckMandi, TruckSumo, LoadKhoj, Zaicus and SastaBhada—had snapped up loads of venture capital to fuel their hyper-ambitious goals. All had unicorn aspirations, all were in a tearing hurry to gallop, and all bought scores of trucks to add muscle to their fledgling operations. Later, many opted for an asset-light model of aggregating trucks to run the business. The plan was to have a vast network of suppliers raring to fulfil the demand.

Meanwhile Ajay, who joined the family business as a 20-year-old and started his stint as a delivery boy in 2003, was getting ready to roll out operations to a new city. He contacted a bunch of local vendors who offered trucks on rent, picked up the one offering the best price and started delivering couriers and packages on the new route. “For the first few months, taking vehicles on rent made sense,” he recounts, explaining the logic. 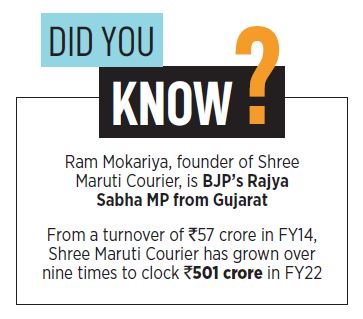 The idea was to gauge the reliability of demand and ascertain the sustainability. If demand persisted and exceeded targets, then the company would buy a vehicle, underlines Ajay. Shree Maruti Courier bought its first truck in 2004, had an operational revenue of ₹121 crore in FY16, and had 60 owned vehicles by the end of the calendar year. The three-decade-old business, with no external funding or borrowing, was clearly trotting now.

But 60 trucks in a dozen years? Is the pace of growth not too slow? Did Ajay trade-off speed for stability? The second-gen entrepreneur, who now runs the show with his brother Maulik, begs to differ.

He lists out multiple reasons defending his business strategy and growth. First, he talks about the priceless advice rendered by his father.

‘Take on rent, scale it and then buy’ was the golden nugget shared by the founder, who started his entrepreneurial journey in 1980 by dabbling in passport, visa, air booking and travelling services. Five years later, in 1985, he started Maruti Travel & Cargo, which was later renamed as Shree Maruti Courier Services. What helped the first-gen entrepreneur survive and flourish in an extremely unorganised cottage courier and packaging industry was his focus on timely delivery. ‘Keep your commitment to the customer at any cost’ was another lesson taught to the next generation.

However, it’s the third lesson that has immensely helped Ajay and his brother in their journey: Focus on speed of delivery rather than speed of expansion. Shree Maruti Courier, underlines Ajay, has never galloped to become the biggest in the country. “We never had aspirations to be number 1 in size,” says the 39-year-old. Many well-funded companies and startups came, galloped and then disappeared, he stresses. 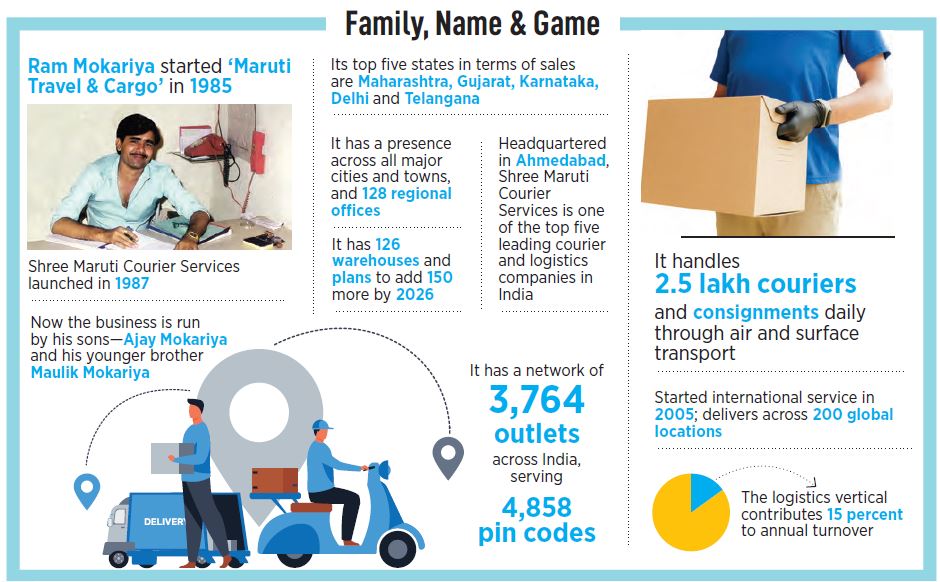 While a bunch of startups like TheKarrier, TruckMandi, TruckSumo, LoadKhoj, Zaicus and SastaBhada folded in 2017, a few big ones in the courier business like First Flight too vanished after a heady burst.

“We have survived,” he says smiling, adding that buying dozens of trucks doesn’t help a bit in the logistics and courier business if one lacks operational experience and depth. “In business for 37 years, profitable, debt-free and now planning to touch the ₹1,000-crore mark by 2025-26,” he says. “What else does one need?”

For Shree Maruti Courier, which had a small beginning in 1985, the journey to being one of the top five courier and logistics players in India has indeed been incredible. The company closed FY22 at an operating revenue of ₹501 crore; it handles 2.5 lakh couriers and consignments daily through air and surface transport; has a network of 3,764 outlets and 150 trucks across India, and counts Maharashtra, Gujarat, Karnataka, Delhi and Telangana among its top five states.

In close to four decades, the company has expanded its footprint to all major cities and towns, opened up 128 regional offices, and serves 4,858 pin codes.

“We also deliver across 200 global locations,” claims Ajay, who is now planning to add 150 warehouses by 2026.

The success of Shree Maruti Courier, reckon experts, has a lot to do with its move to figure out its pluses and minuses, and then play to its strengths.

“They never took on the multinational and local giants in their segment,” says Rajan Gahlot, assistant professor (Department of Commerce) at Delhi School of Economics. Their strength, he underlines, was in going deep into the areas missed by the biggies and living up to their commitment to deliver on time. The efforts made by the second-gen entrepreneur to introduce technology, plug operational leakages and loopholes, and modernise operations also played a big role. The customer trust that they earned helped them survive a bunch of copycats who tried to cash in on the equity built by the company over decades, he adds.

Ajay explains how challenging the fight has been. Similar names, identical fonts and all into the courier business, a battery of unorganised local players started using the first two words of the name—Shree Maruti—and then played price wars.

In fact, over the first few years, a clutch of senior officials quit the company and started running their own courier services. This resulted in poaching, loss of business and multiple court battles over copyright.

“The consumer trust and love helped us,” says Ajay.

Ask him if he still doesn’t want to be a unicorn, and pat comes the reply. “Lambi race ka ghoda [in for the long haul] and not unicorn,” he says with a smile. And what about getting into politics? After all his father is a BJP Rajya Sabha MP from Gujarat.

The second-gen entrepreneur doesn’t find the idea exciting. “Baahar se dekhne mein aacha lagta hai lekin join nahin karna [it looks good from the outside, but I don’t want to join],” he says, adding that what he finds insanely exciting is committing less and delivering more.