Ved Krishna took over the reins of his father's business in 1999 and took years to realise how he may be standing in the way of his company's success. Becoming his own man and letting go of his stronghold on Yash Pakka's operations was the best move he's made 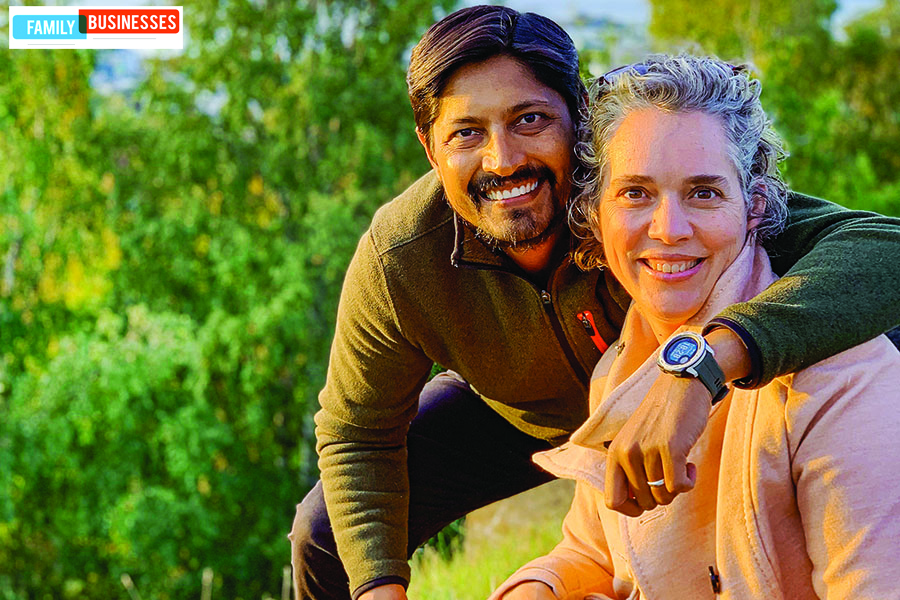 After 15 years, Ved Krishna was getting ready to kill the biggest source of friction in his mind, and life. The second-generation entrepreneur, who had aspired to become an Air Force pilot while in school, graduated from London Metropolitan University in 1999 and joined the family business of paper manufacturing in Ayodhya the same year. Started by his father KK Jhunjhunwala in 1981, Yash Papers was going through a turbulent phase in the late 90s: It was plagued by trade union issues, loss of business and staff that was adding little value.

The patriarch also lost interest in the venture from 1995 onwards, and wanted his sons—Yash and Ved—to chip in, but they were not keen to take on the baton, and all efforts to sell the company had come a cropper. Ved Krishna had seen his father struggle during his India visits while studying abroad. Having spent years in boarding school and hardly any quality time with his father, he could feel the pain of a man who was trying hard but success kept eluding him. An exasperated father now needed his son, who came back to take over the reins in 1999.

The first two years of transition were chaotic. Krishna was trying to find his feet, the employees missed their charismatic founder who had a personal touch, and the company managed to reach a turnover of around Rs 25 crore in 2001. Krishna tried to model himself on his father, and worked hard to scale operations. He did take the company out of the doldrums by 2007.

It was a temporary respite, though. Yash Pakka (Yash Papers was renamed in 2019) again slipped into a period of uncertainty over the next five years. Till 2012, it was a question of survival every year. From Rs 51.74 crore in operating revenues in FY08, the company moved to Rs 109.16 crore in FY12. “I didn’t know when the company would shut down,” recounts Krishna.

What helped it endure the rough patch was the immense goodwill of the founder, who died in 2005. “The buyers, suppliers and employees stood by me,” recalls Krishna. Surviving the turbulent phase also made him realise the larger purpose in life. “I always wanted to do something with nature,” he underlines. The larger calling, he lets on, was to leave the Earth cleaner and Krishna realised that business was a vehicle for that change. In 2012, the company made a transition to flexible and sustainable packaging, and launched Chuk, a compostable tableware brand.

The move worked, and the company touched a revenue of Rs 172.27 crore in FY15. However, something was still not right. Over the last 15 years, something had been pestering Krishna. It was a friction which he couldn’t resolve. “I tried very hard to be like my father for 14 years,” he confesses. This resulted in friction. The two came from diverse backgrounds. Jhunjhunwala operated from a position of scarcity. “He had very little resources,” says Krishna. Paucity gave birth to a mindset that made him maximise everything at as little cost as possible. 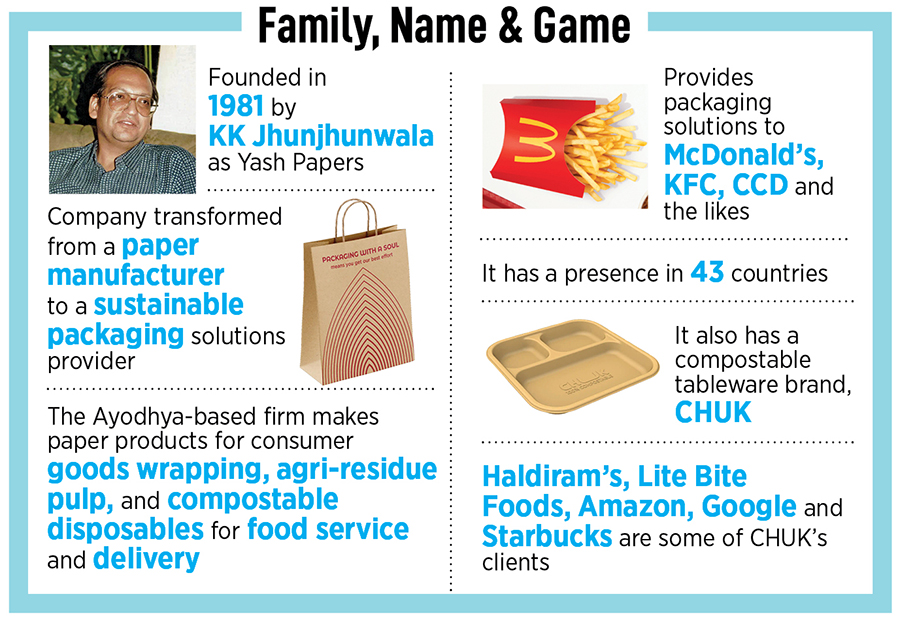 Krishna, in contrast, came from a mindset of abundance. Getting the best machines, irrespective of the cost, and getting the best talent at high salaries was the preferred option. For 14 years, he played a dual role: Aspiring to be like his father, and the desire to let his individuality come out of the founder’s towering shadow. In 2015, he realised his mistake. “I never needed to be like my father. I realised I could be my own person,” he says, adding that he then decided to bite the bullet. “I fired myself as CEO and managing director,” says Krishna, who pulled himself out of an operations role.

But there was no instant nirvana. The friction, now of a different kind, cropped up and persisted for two years. Revenues stagnated—Rs 173.33 crore in FY16 and Rs 173.85 crore in FY17—and Krishna played musical chairs with CEOs. Five came and went. The problem was his struggle to give up control to professionals. “I would leave, come back, leave and come back,” he says, alluding to his habit of interfering in the working of senior management. “At some point you realise the world doesn’t revolve around you.” 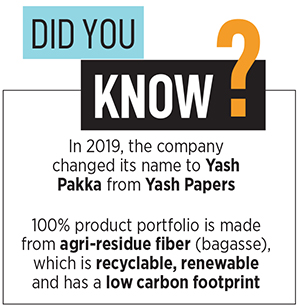 Krishna’s moment of reckoning came soon. The business head of the pulp and paper division decided to bell the cat. One day, he stormed into Krishna’s cabin and told him the unpalatable truth. “You have to decide what you want from me,” he said. “You can’t have me for a role and then tell me how to do it.” His outburst was due to the frustration of not having enough authority to make an impact. “He taught me an important lesson,” says Krishna. “It was a subconscious struggle for me to yield power but once I did that, I felt liberated.” When you realise, he adds, that there are people who can be better than you, life changes for the better. Krishna took himself out of operations and focussed on collaboration, strategy, innovations, new products, designs and new businesses. “These are the things that I loved doing,” he says. “My life was finally changing.”
It was a positive turn for Yash Pakka too. Operating revenues jumped from Rs 200.68 crore in FY18 to Rs 291.09 crore in FY22. And profit increased from Rs 12.48 crore to Rs 38.2 crore. “Now we are a professionally managed organisation,” Krishna beams on a Zoom call form the US, where he is exploring tie-ups for a couple of sustainable ventures. His wife, Kimberly McArthur—the only family member actively involved in the business—takes care of branding, marketing and driving the sustainable plank. “Ved is showing that you can run a successful business and make good products which take care of the environment,” says McArthur, director at Yash Pakka.

The over-40-year-old company’s transformation is taking place in full steam. “There is great need for bagasse pulp in the world right now,” says McArthur. For Chuk, she underlines, it’s not business as usual. “You can produce a superior product that is both good for people and good for the Earth.”

Industry experts say Yash Pakka’s transformation provides a deeper insight into family-run businesses in India. “Not all family businesses can be driven by family members,” says Ankur Bisen, senior vice president, retail and consumer products division, Technopak. The company has gone through a lot of restructuring, and given the amount of time it has been in the packaging business, its size doesn’t do it justice.

One, however, has to see the context. Yash Pakka’s journey, Bisen reckons, can be divided into two parts. The first lasted till 2017, and the second started later. “Revenues increased significantly in the second part,” he says, adding that it is now better equipped for faster growth, out-of-box innovations, and rapid scale. Krishna, he points out, realised that he was becoming an impediment. “He had the wisdom to take a back seat and allow the professionals to take over,” he says.

Krishna is enjoying his liberating stint. “It was a big struggle to let go of control. But it was also a big blessing,” he smiles.

Tweets by @forbesindia
Most households did not save more over pandemic
BTS may be able to perform during military service: S Korea defence minister