Devinder Maheshwari and Kapil Jindal started Beebom as a website about tech developments. They have now turned their attention to videos and creating a following on Instagram 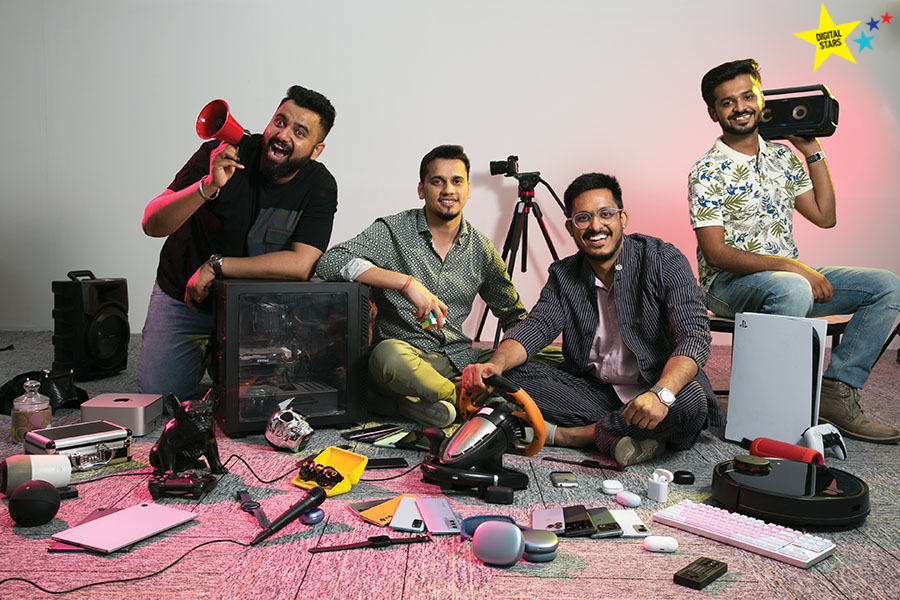 (From left) Rupesh Sinha, the face of the videos on Beebom, co-founders Kapil Jindal and Devinder Maheshwari, and video producer Akshay Gangwar Image: Madhu Kapparath
It all started at a test prep institute in Rajasthan. Test prep institutes, especially those that help prepare for IIT entrances, are often known for their rigorous schedules, giving students very limited opportunities to cultivate friendships for a lifetime. But for Devinder Maheshwari and Kapil Jindal, the coaching institute in Hanumangarh, Rajasthan, is where they met for the first time as teenagers.

While the duo did not make it to the IITs, both managed admission at the prestigious Nirma University in Ahmedabad. Maheshwari joined the electrical engineering stream and Jindal the computer science one. “We were flatmates, and often, when I would come back from college, I would spend time with Kapil who’d be on his laptop,” says Maheshwari. “We had just got internet and we would search the internet to find interesting tech stuff.”

Soon, they realised there was massive potential on writing about the world of technology and Jindal would nudge Maheshwari about doing something on their own. “Back then, we had no intentions of building a venture or had any idea that we’ll do this for so many years together. We were interested in finding interesting new tech-related stuff, and making sure that our peers, our college mates, know about it.”

The duo soon launched a website, a blog of sorts, thetecnica, which would feature content about the latest tech developments, new products and hacks, among others. “When we launched the website, we did the coding for 68 days… we were not taught by anyone,” says Maheshwari. “Our peers were happy and thought we had done something interesting.”

By 2013, when the friends finished college, they knew thetecnica was what they wanted to do. Maheshwari went on to take up a job after graduation, but soon realised he didn’t quite enjoy that. “Kapil did not take up a job after graduation,” recalls Maheshwari. “In 2013, we started building thetecnica as a full-time venture and at that time, we were in Ahmedabad because our college was in the city, and we were comfortable.” 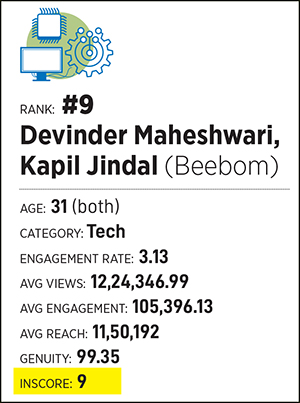 Soon, the duo knew that if they wanted to scale up, they needed to shift base to New Delhi since the prospective job seekers were there. “That’s how we came to Delhi,” says Maheshwari. “We had limited funds.” They renamed the company Beebom and continued to publish content. Alongside, they also worked on consultancy projects and ran advertising campaigns to make enough money to help Beebom survive. “For the first year, nothing much happened. We were trying everything and getting influenced by what everybody else was doing,” says Maheshwari, who is now the co-founder and chief business officer at Beebom. “But that was a mistake because our strength was covering technology.”

Within a year, the company went back to the drawing board, started hiring freelance writers, and focussed on content on the website. “After three or four months, things started picking up and we were a little more stable… we started hiring full-time,” says Maheshwari.

By 2015, Maheshwari and Jindal knew that videos were the way forward. Internet had become cheaper and smartphone penetration was on an upswing. “All the tech videos that we were seeing at that time were missing the kind of quality that we would personally want to see, and they were mostly covering smartphones in a superficial way,” says Maheshwari. “There wasn’t a lot of information on using the device or the useful features that someone using the product might need. So we decided to fill that gap and started our YouTube channel in 2016.”

The content was in English and within three months of starting the YouTube channel, Beebom managed to have more than one lakh subscribers. “So, we knew we were on the right track and we kept at it,” says Maheshwari. “Soon, we hit two million subscribers, and in 2019, we were invited by YouTube to present at their fan fest.” Around the same time, the duo hired Rupesh Sinha, who has now become the face of the video content. 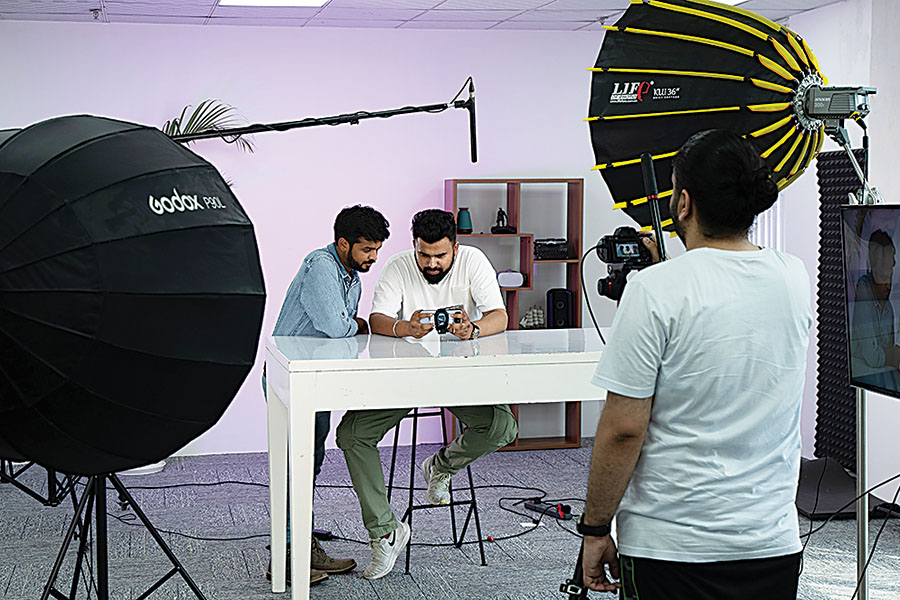 Beebom’s videos are more than just reviews of gadgets, and include hacks and digital tips

The videos were focussed not just on reviewing new phones or gadgets but also on hacks, unknown features of smartphones, resources on software, and digital tips. Today, the company continues to have written content on its website even as it turns its attention to videos, particularly short format ones on Instagram.

“We never really stopped focusing on the website because the website is something very close to our heart,” says Maheshwari. “When it comes to videos, we can do limited content and that’s where the text can help.” The company currently has a team of 25 people, and Maheshwari says they are self-sufficient and generating enough cash—through brand collaborations, views and display advertisements.

“With India’s digital boom, consumers are now turning to online for information regarding products,” says Pavel Naiya, an industry analyst and a former senior analyst at Counterpoint Research. “Consumers look at tutorials and YouTube videos, and that means companies like Beebom have the potential to influence purchases, thereby becoming a key touch point. Additionally, with time they can turn to branded products and in addition create a repository of information which others such as ecommerce companies can use on their feed while showcasing items.” India’s consumer digital economy is expected to be a $800 billion market in 2030, according to EY.

So, what next for Beebom? “Right now, videos are in a transitional phase,” Maheshwari says. “We have seen this trend of new audience that is coming and watching short-form content. In January, we started going full-fledged on short videos and Instagram. And in the last six months, we have got almost one million new followers. We plan to have at least 50 to 60 million video views on Instagram every month.”

From test prep to Beebom, it has been a long journey. And Maheshwari and Jindal are only getting started.

Tweets by @forbesindia
Explained: What is the 'Right to Repair' and why is it important?
Monarch butterflies on endangered list of leading wildlife monitor