Kalambe has been diligently cleaning up beaches in Mumbai, using his social media reach to motivate youngsters and create awareness about environment conservation 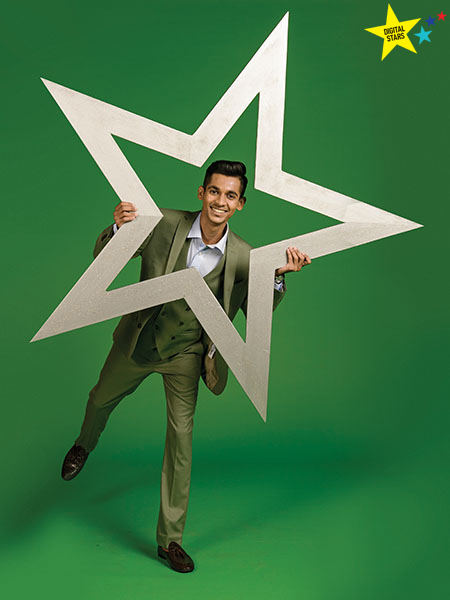 Social media can get toxic at times, but it is also a great way to reach out to more people: Malhar Kalambe Image: Amit Verma

It started with a simple question: “If you have a problem with it, why don’t you do something about it?” It was the end of Ganesh Chaturthi in 2017, and Malhar Kalambe, then a college student pursuing BCom, was complaining to his mother about how the festivities pollute the city’s beaches. His mother, an entrepreneur running a garments business, simply suggested that if he had an issue with pollution at the beach, he should do something about it. Kalambe then gathered some of his friends to go to Dadar beach that weekend and clean it up.

What started purely out of concern has now turned into an initiative called Beach Please, where Kalambe and a community of over 250,000 volunteers have cleaned beaches for over 232 weeks as of June-end, collecting and disposing over 67 lakh kg of trash. All along, Kalambe has leveraged the power of social media to draw attention to his cause, create awareness about plastic pollution and environment conservation, and get volunteers from schools, colleges, cultural institutions and corporates.

Every Saturday, Malhar Kalambe, 24, and his volunteers organise a clean-up at the Mithi River bank near Mahim, and on Sunday, at the mangrove forest near Airoli. Over the years, they have found almost every kind of trash tossed into the sea, like sofa sets and other furniture, clothes, medical waste, face masks and backpacks, apart from single-use plastic and MLPs (multi-layered packaging). In the wake of the pandemic, they have also found lots of discarded Covid test kits. 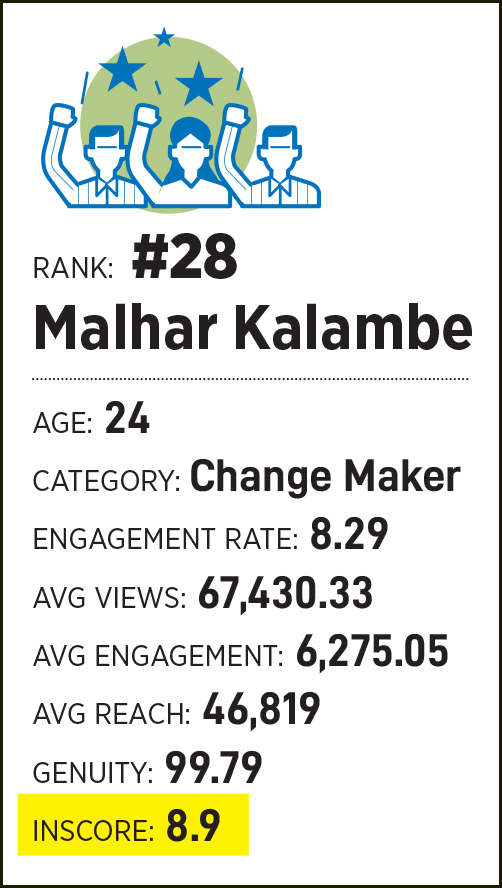 These clean-ups typically last for two hours, starting with a brief of how to go about the activity, and ending with a session on takeaways from participants, why clean-ups are important, how they help conservation, and what people can do at an individual level to make a difference. “It’s not just about turning up to clean the beaches and then going home, it’s also about starting conversations,” says Kalambe, who works towards engaging with the local community to sensitise them, as well as the municipal authorities.

The extent of help Kalambe receives from the municipal authorities is them collecting the waste at the end of every clean-up. Getting volunteers, organising funding and other requirements are completely handled by Kalambe and his team. According to him, consistency is most important. “We have done clean-ups with 2,000 volunteers on a single day, and also three people on a single day. Whether people turn up or not, the work has to go on.”

He recollects how, initially, starting out at the age of 19, it was difficult to get people, particularly government officials, to take him seriously. Kalambe started with making a list of schools, colleges, Rotaract Clubs and National Service Scheme units. Between Monday and Friday, along with college, he claims to have made 50 to 60 calls every week, out of which some people turned up at the clean-ups over the weekend. “Asking people to join through cold calling and social media promotions helped us build the whole initiative,” he says. According to Group M’s influencer and content marketing platform INCA, as of June 9, with 77,510 followers, the average views on Kalambe’s social media posts are 67,430, with an average engagement of 6,275. He is ranked 28, leading the Change Makers category in the list.

Fellow activist Chaitanya Prabhu had first come across Kalambe’s work on Instagram and sought his participation in a clean-up of the Juhu beach that some of the nearby residents had organised on Independence Day in 2018. He says Kalambe’s sincerity caught his attention. “Malhar tells things as they are, and people like us who see the on-ground realities relate to it. People trust him, which is why his audience is growing and he has become an influencer,” says Prabhu, who is the founder of a non-profit initiative called Mark Your Presence, which registers and educates young voters. “His social media posts don’t just talk about what is happening to the environment, but also give a call to action, and motivate others to make a difference.” 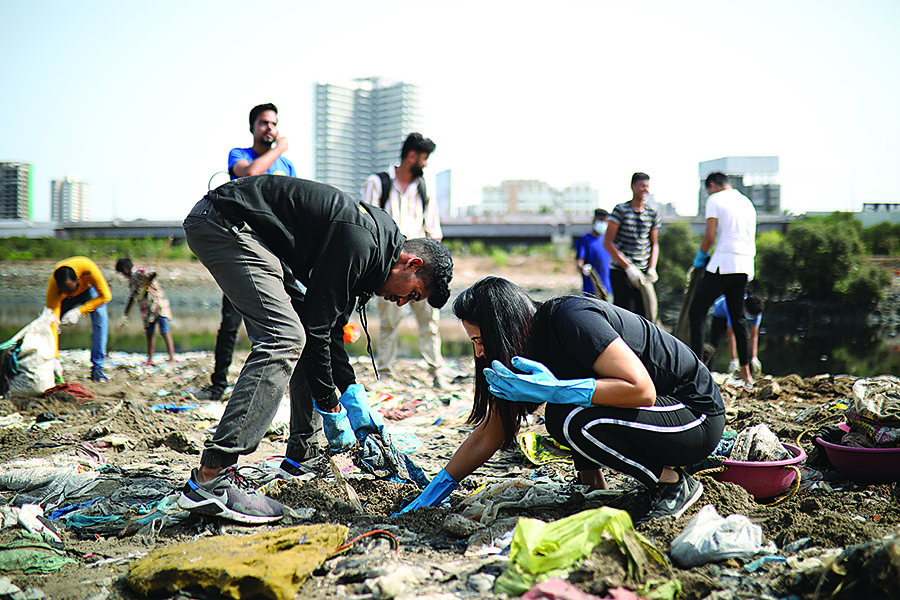 Kalambe and his volunteers organise a clean-up at the Mithi River bank near Mahim in Mumbai every Saturday, and on Sundays, at the mangrove forest near Airoli

The fact that Kalambe leads by example in a volunteer-driven effort is something Jayita Phulsunge calls “inspiring”. The public diplomacy and communications officer at the Consulate General of Canada in Mumbai became aware of Kalambe’s efforts in 2018 and connected with Beach Please on social media. “The consulate has joined his beach clean-up efforts, with members of our team participating in a few on-ground clean-ups,” she says. “He facilitates collaboration among individuals, and with organisations, both public and private. It is also commendable to see him making himself heard in different circles, while remaining so humble about his work.”

Kalambe’s strategy on social media is to not take likes and comments too seriously, though he keeps an eye on engagement levels because that is key to his goal of motivating others and creating awareness. “I have realised that if I keep posting about clean-ups, people do not really pay attention. But if I add some fun elements to the posts—like something from a popular web series—then they cross millions of likes. So that is what I am trying to do now,” he says, adding that he has two people helping him out with his personal account and the Beach Please social media account.

He is also planning to launch a podcast about different aspects of environment conservation that will help people take steps at an individual level. “The purpose of using social media is to inspire people to follow their aspirations,” Kalambe says. “Even if two or three people get motivated through the content I am creating, I think I have done my bit.”
Click here to view India's Top 100 Digital Stars