This award-winning artist has landed editorial projects for The New Yorker and New York Times; has created filters for Instagram and Snapchat, and has done worked for the Oscars, Apple, WeWork, Adobe, and more 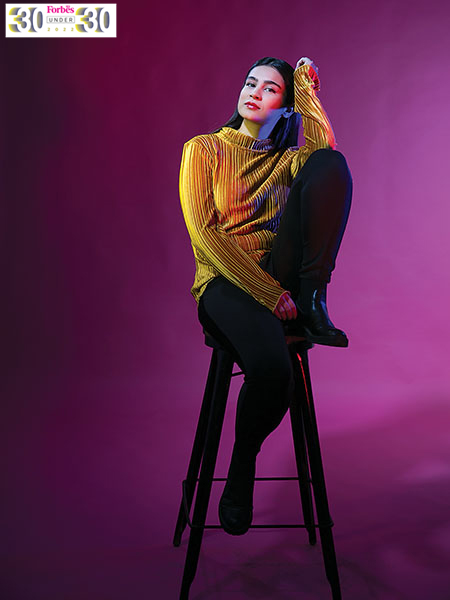 In 2013, as a student at the National Institute of Design (NID), Khyati Trehan posted her classroom project ‘The Beauty of Scientific Diagrams’ on Behance, a social media platform for showcasing creative work. A lettering series that integrated the initial of a scientist with the diagram of their invention or discovery, it caught widespread attention and was also featured in Wired, Typeroom, Print Magazine, and Gizmodo, to name a few.

Post NID, along with a project at Samsung Research in San Jose, and jobs, including doing type design at Indian Type Foundry (ITF), branding at Codesign and as a senior communication designer in Munich at renowned design consultancy IDEO, where she practiced human-centred design and visual storytelling, Trehan has also continued learning and doing projects on the side.

One of her learnings was discovering 3D as a space where she could whip up visuals from nothing. “You could create something realistic but you could distort it to a point where it becomes surreal, and use it as a tool for meaning-making,” says Trehan.

Her three-dimensional expressions have garnered her a huge following on social media—she has close to 23K followers on Instagram—as well as landed her projects ranging from editorial illustrations for The New Yorker and New York Times, to virtual kinetic installations and augmented reality filters for Instagram and Snapchat. Her other clients include the Oscars, Apple, Snapchat, Samsung, PRINT, WeWork & Adobe, to name a few.

Her work has also got her awards and recognition, including being named among Print Magazine’s 15 New Visual Artists under 30 in 2017, the Artistry Creator of the Year at Adweek’s Creator Visionary Awards in 2021 alongside artists like Travis Scott and Ines Alpha, and winning at the ADC Young Guns ’21, an annual global award show for young and emerging creative talent in the advertising and communication industry.

Paul Bennett, chief creative officer at IDEO, who has worked closely with Trehan on a variety of projects over the last few years, says a couple of things about her stand out for him. “First, her drive to be in a constant state of creative flow—always adapting, shifting and elevating the brief to its highest amplitude, its highest form; and second, her sheer desire to keep advancing her own craft—always trying new media, new tools, new methods. Never settling for the obvious solution and in the process surprising us and I think, I hope, herself. It’s that unsettled nature that makes great designers in my opinion; never content with the obvious, always looking for the new.”

Tweets by @forbesindia
Stay optimistic and have faith in the future: Manushi Ashok Jain—Forbes India 30 Under 30 2022
Shlok Srivastava: Demystifying technology