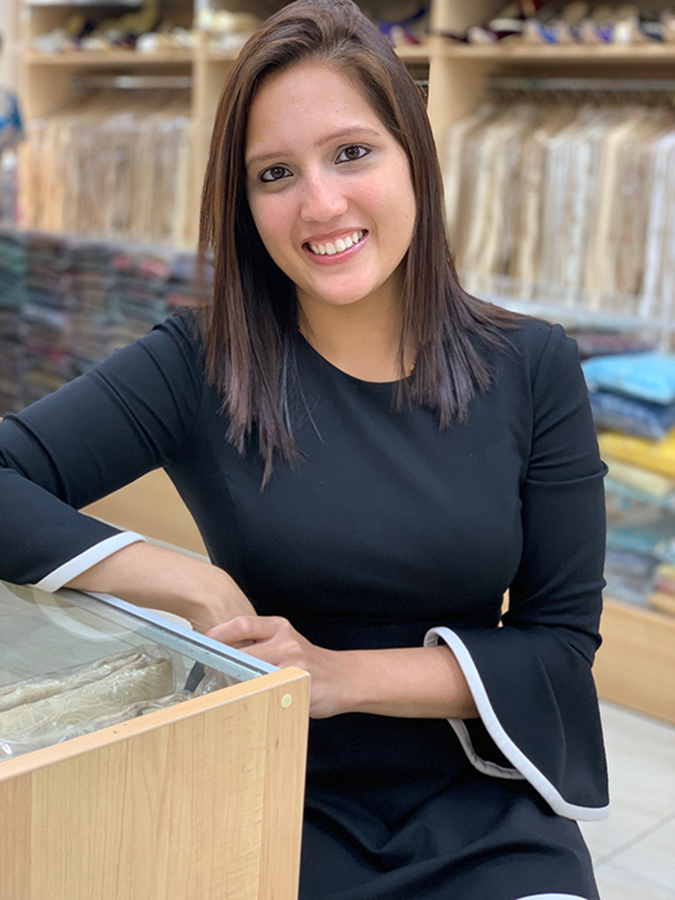 Who is Shivangi Gupta? What is Nazranaa? And what makes Shivangi stand out in the already saturated market of Indian bridal wear? These, among many other, are questions people often ask about this young entrepreneur Short answer is Shivangi Gupta is the uncrowned queen of the US Indian bridal market. Her brand, Nazranaa has established itself as a household brand in the US. Her creations sweep soon-to-be brides off their feet and leave their friends and family awestruck. Trust us when we say, there is a lot more to Shivangi’s story than the short introduction above. And here we are, on our way to knowing more about this young designer who has achieved so much in such a short span of time. Shivangi Gupta was born and brought up in Mumbai. She completed her early education in Mumbai before moving to the US with her parents and elder brother to expand their family business.

In her new life in the US, Shivangi experienced everything from culture shock to amazement to anxiety to fear and everything in between. She started off high school with an interest in tennis, and medicine. She, like many young girls of Indian descent, pursued medicine and graduated from Rutgers University with honors. However, it was not until after college that she figured out her true passion.   During her college years, she volunteered to work at her dad’s clothing store during her down time. Her father observed that she had a unique approach to business and how she focused more on listening to and connecting with clients before making any recommendations as opposed to just selling outfits.  To her surprise and joy, she learned that her presence and efforts resulted in an uptick in traffic and sales at the store; so much to the point where when clients returned, they would ask specifically for her recommendations. It was around this time when she decided that she wanted to take her innate talent in relationship building and keen eye for fashion to the next level. This led to the birth of Nazranaa – her own bridal store that had a customer-centric approach with jaw dropping bridal ensembles. 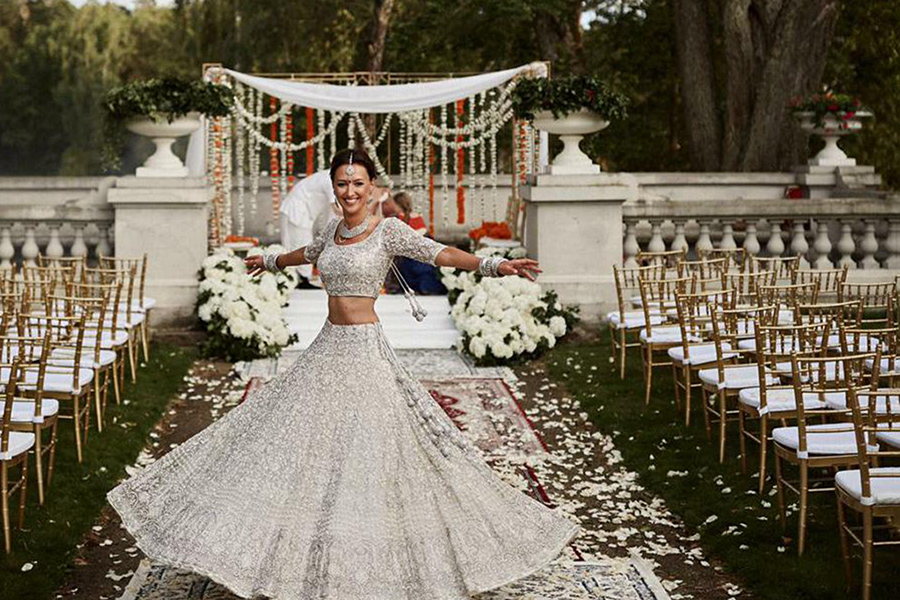 Once she decided that she wanted to enter this industry, she started immersing herself into her father’s business. She made frequent trips to India, 3-4 times every year, to better acquaint herself with purchasing her own merchandise. Her travels to India would usually result in her sourcing from different suppliers that were outside the metropolitan cities. These trips also reminded her of how she was always fascinated by karigars who would weave endless streams of loom into beautiful reams of fabric when she used to visit her dad’s hometown of Varanasi. She wanted to immerse herself in all areas from small towns to historic cities across India. This approach introduced her to many different styles, color themes, embroideries, patterns, and many magnificent artists with whom she began to build a budding and flourishing partnership with. These trips not only helped Shivangi stay current with the most recent fashion trends but also helped her envision what would become fashion in the foreseeable future. Like any small business venture, you never want to bite off more than you can chew. Shivangi’s elder brother, Shashank, played an important role in making sure that the math always made sense for the business. Shivangi’s craft and her dedication to the trade has helped her grow Nazranaa at a great pace. Due to demands from her customers, Shivangi incorporated various other elements into her operations. Where she initially started out designing just bridal wear, she later expanded to grooms-wear, and then to outfits for the bridal parties and family members. Amidst all this success, there was one thing that Shivangi has never wavered from. She knew her formula very well and continued to stick with it – which is to always be crystal clear when it comes to client’s expectations and never losing sight of it. She has never had any interest in selling a client a ‘pipe-dream’ just to win their business. This kind of mission has helped Shivangi build a strong reputation for her brand, Nazranaa. By staying true to her vision, Shivangi wanted to do something different, something that had not been done in the fashion industry: capture the experience of Indian bridal shopping in the US. She found a filming crew online and convinced a bride to share her story; which led to the creation of the YouTube Series ‘Nazranaa Diaries’. Although she had no prior experience in the filming industry, she was determined to bring this project to life. Nazranaa Diaries is not just a show that shares couples’ bridal shopping experience but also showcases the multi-cultural and multi-ethnic couples whom Shivangi dresses at the store. Shivangi wanted the world to see that mixed weddings in the US are the norm and not the exception. She was motivated to do her little bit in removing the taboo that remains around inter-faith and inter-racial marriages. The success of the pilot and its two subsequent episodes resulted in a collaboration with a TV channel, Aap Ka Colors, to transform the web series into a reality TV show which aired in the US, Canada and the Caribbean. The response was even better than anticipated and it paved the way for Season 2 and over 11 Million+ views on YouTube. Shivangi had also been quick to catch on to the shift in habits of millennial consumers, which led her to invest in building a website, www.nazranaanj.com, for the store. With all these efforts, in just 8 short years, Shivangi has been able to expand her store into a 4000+ sq. ft. shoppers’ paradise, making it the biggest & highest grossing Indian bridal store in America “I always believed that the US Indian Bridal Market is ripe for its first designer and I hoped to be the one who fills in those shoes. I worked hard to get where I am today and I am glad to have achieved all that I have. I realize that this is just the beginning of something special. Additionally, I feel elated and ever grateful to all my clients who have supported me by putting their trust in me and my brand, Nazranaa.” says Shivangi with a modest smile on her face. While this young designer’s story is worth of admiration, she humbly deflects the praise. We can’t help but wish Shivangi the very best in her journey ahead.   Disclaimer: The views, suggestions and opinions expressed here are the sole responsibility of the experts. No Forbes India journalist was involved in the writing and production of this article.

Tweets by @forbesindia
The journey of Burrnationk9s, one of the world's biggest dog-breeding program founded by Alandise Harris
Corona Kavach by Max Bupa—The protection against Pandemic