Jaspreet Singh : A boy from a farmer's family who made his life king size

Jaspreet Singh brought a revolution to the Network marketing industry. He merged his business with the world of social media 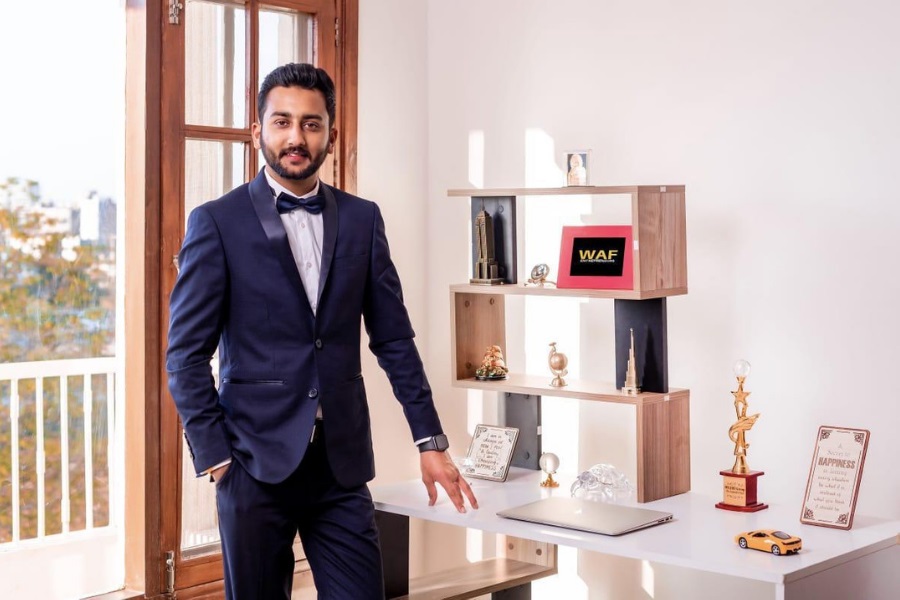 The name Jaspreet singh is a big one in the marketing industry. A young broke boy who worked his way to the top is an inspirational icon for everyone now.  Jas Brar, born in a small village in Punjab, never saw any extravagance around him growing up. He belongs to a farming family, and like most farmer families in India, Jas and his family never had a lot of money. But his economic and financial background did not stop him from dreaming big and being ambitious. Jas wanted it all, and he was willing to work for it.  In his younger years as a child, Jas was inclined towards sports and music. He was a terrific singer with a melodious voice, he also played sports and brought back laurels for his school and village in many competitions. But life had different plans for Jas, he suffered a sports injury and had to give up his dream of being a sportsperson. His vocal cords also sadly could not take a lot of strain, and he was advised by doctors not to sing. Jaspreet singh lost both his passions at a very young age, but he never lost hope. He focused on his studies. Jaspreet singh was a brilliant student and an academic overachiever throughout the school. When he went to college for higher education, he came first in his batch for two years straight. But something was missing. Jas was not very satisfied with his life, and he had the guts to change it all. Jaspreet Singh dropped out of college in his third year. Even though he was the brightest kid, he knew that real education and learning happens outside the books, in the real world. He knew he had to do something out of to box to fulfill his dreams. He realized he was far too ambitious to accept anything less than what he had dreamt. In 2014, he started his journey as an entrepreneur, and then he met his mentor.  His mentor told him about a business and guided him all the way. His journey to a luxurious life was anything but easy. In the beginning, Jaspreet Singh got no support from his family and peers. He got belittled by society and told that he didn’t have what it took to be a self-made man. Some said he was too young, some said he was naive, but Jas never paid any attention to them.  Adamant about his decision with a strong self-belief, Jaspreet singh left his home and moved to Chandigarh. He rented a small apartment and saw some tough times there.  Jaspreet singh now recalls, “There were times I had nothing to eat. For days, I would have no money, not even to buy food and feed myself. But all those nights I slept on a hungry stomach paid off. It all paid off.” In 2018, Jaspreet Singh brought a revolution to the Network marketing industry. He merged his business with the world of social media. While all the others were at first skeptical about this idea, they opened up to it after they saw Jaspreet Singh succeed. He says, “I thank my family for instilling such good values in me. My grandfather taught me to move ahead in life, and my parents who are my pillars of strength. Needless to say, I am indebted to my mentor, and nothing makes me happier than being a mentor to other people now.”  Jaspreet Singh started from rock bottom and made it to the top. Once with a net worth of zero rupees, Jaspreet Singh now is a seven-figure earner. Unlike most people who have lost a lot at this time of the pandemic, Jaspreet Singh  is an exception. He has grown his business twice in size and worth during this pandemic.  Jaspreet Singh, who is the top earner in his industry, now lives in a posh location in Chandigarh and drives a Mercedes, all bought by his own hard-earned money. He works to empower other young entrepreneurs. He and his team at WAF entrepreneurs have changed the lives of people. He believes in growing and constantly evolving, learning new things to keep himself up to date with the current trends. He believes in being the change maker. Jaspreet Singh, who is an avid traveler likes meeting different people all around the world, learning about their cultures and their journeys. He believes that everyone has a story to tell, and if you hear closely you’ll find your inspiration in them. Catch a glimpse of his life at @jas_brar_0007. Disclaimer: The views, suggestions and opinions expressed here are the sole responsibility of the experts. No Forbes India journalist was involved in the writing and production of this article.