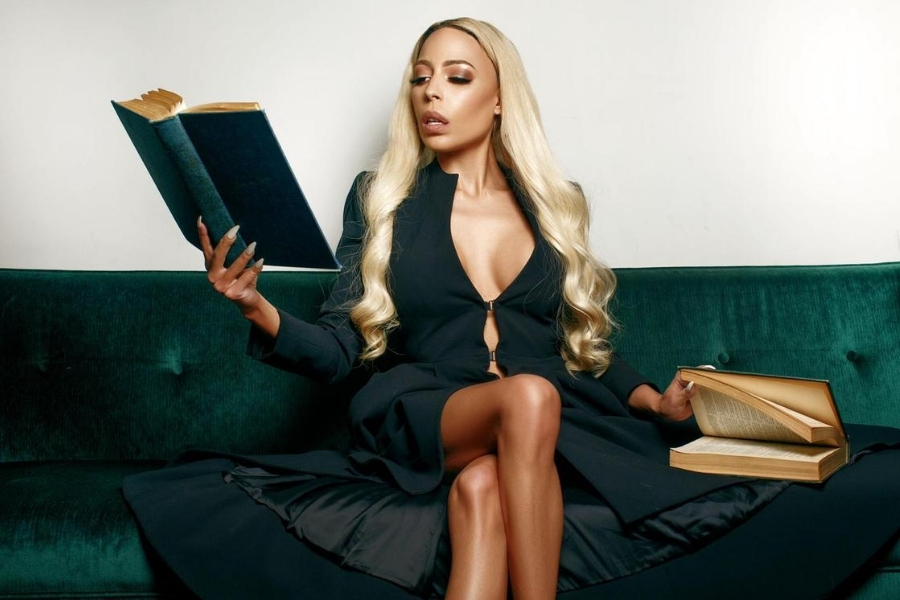 What do you do when you never have to worry about money for the rest of your life, you live in Beverly Hills and you’re a supermodel? Absolutely nothing. Enjoy. You won. Well apparently KFC heiress Kaila Methven didn’t get the memo.

Kaila has spent the past few years building the infrastructure for a fashion empire and is set to roll out her lingerie line, Madame Methven, worldwide this September. With a family net worth of around $600 million and her life as a model, Kaila has naturally attracted thousands of suitors who want to put a ring on her finger and shower her with love and affection. This journey has taught Kaila that it doesn’t matter how wealthy, or handsome or powerful a man is if you can’t learn to love yourself first. That’s the goal with Madame Methven for Kaila. Every time a woman wears one of her pieces she should feel that she is worth being loved.

Kaila spent years studying design and fashion at the top institutions in Paris and brings that style into all of her work. After debuting her line at LA Fashion Week, a two years ago Kaila has been getting her pieces featured in globally recognized publications like Maxim, US Weekly, Elle and Harpers Bazaar. Kaila has been designing her couture line for high profile clients and major Hollywood events for several years and this September 15th is officially launching her new lingerie line for the masses. She has also inked a massive partnership with EDM.com to collaborate and cross promote her products, that is projected to generate up to $5 million in sales.

This fiery CEO has her sights set on India as well. She is currently in talks with several high profile models, event producers and billionaire sponsors to put on a fashion show in February, barring any limitations from Covid-19 of course, in Mumbai. This will be a welcome sight to thousands of locals who missed out on the previously scheduled annual Mumbai Fashion Week, which was postponed due to the pandemic.

Kaila’s grandfather was a taxi driver selling chickens out of his truck. He turned that into a chicken empire, ended up becoming the supplier of chicken to the KFC empire, bought a controlling interest in that company and sold their shares to Pepsi in 1991. Apparently hard work and running a globally recognized brand runs in the family. Madame Methven might just become the go to lingerie for every woman in the world if she isn’t careful.

Disclaimer: This content is distributed by Digpu News Network. No Forbes India journalist is involved in the creation of this content.