Pioneering a GLOCAL Revolution: Glendale at the Helm 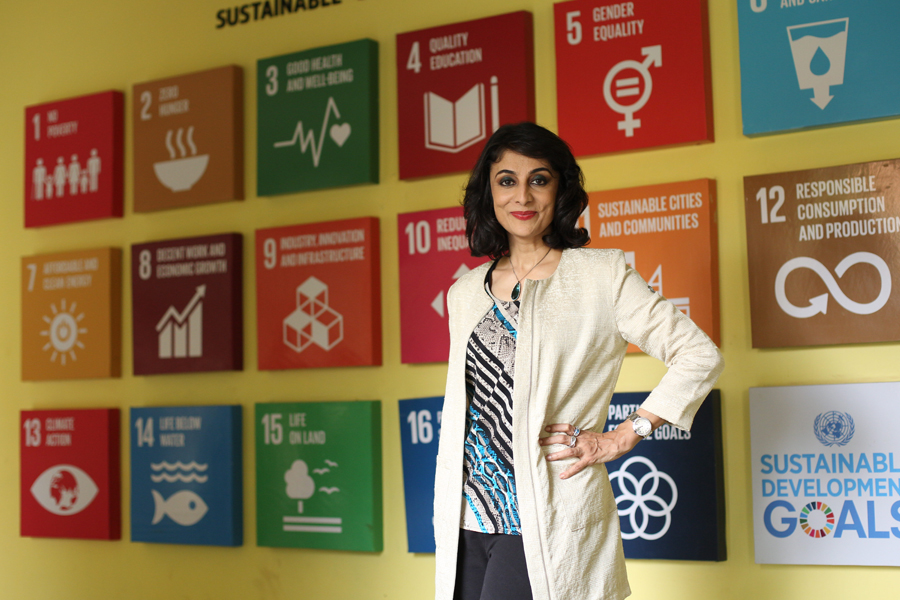 Glendale Education Group (https://www.glendale.edu.in/) was the trailblazer in the country for more reasons than one. While many institutions echo empty slogans or post lofty ideals, Glendale walks its talk by creating ripples of impact with its pedagogy and application. Being the first school in India to introduce the United Nations Sustainable Development Goals (UN SDGs), it gave new substance to the phrase, “thinking globally, acting locally.” The Director-Education, Dr. Anjum Babukhan, was the sole participant from the entire subcontinent to attend Harvard University’s Think Tank on Global Education in mid-2017 where it was proposed to roll out the UN SDGs in educational institutions world-wide. Glendale seamlessly implemented UN SDGs into its curriculum within a few weeks leading a revolution of sustainability efforts by its students. “For real change can only come inside-out and we must begin with ourselves and with our circle of influence. What is different at Glendale, is that we are not only teaching our children about the world, we are teaching them on how they can be a catalyst for change today itself- rather than tomorrow or in the future, with the UN SDGs,” beamed, Anjum who leads with Glendale’s motto, “Cultivating Character and Competence.” In today’s world of intensity of unpredictability, sustainability is very crucial to make the world a better place.  “After attending, Harvard’s Think Tank on Global Education, I wondered why was there no representation from our country in such an important think tank to help educators empower their schools with global competency especially when the whole world looks to India for many things like technology and pharmaceuticals. The World Course (designed by Harvard Professor Fernando Reimers and colleagues) was brought for the K-12 where key components of which have been included across curriculum at Glendale under the dynamic and strategic leadership of Global Education Committee that I am steering. What was serendipitous was the fact that all the SDGs fit in with the existing vision, mission and objectives of the school! I felt a gush of satisfaction that our institutional heart was always in the right place!” the shared Director-Education, Anjum Babukhan.

Example of SDG - Zero Hunger It wasn’t a normal kind of field trip when Grade 3 students of Glendale visited their school ayas’ (housekeeping staff) homes who live in the vicinity of the campus and asked about what their families ate for their three meals. The answers they received astonished them. Satisfying basic human hunger was not the same as eating nutritiously, the students were moved to find out. The short trip and home visits were an eye-opener for the youngsters who never had to think about where their next meal or snack came from.  Subsequently, viewing a short film on UN’s Sustainable Development goal of Zero Hunger and understanding that entire peoples and sections in countries were malnourished naturally led them to fully participate in a practical campaign of No Food Wastage in the school dining hall. This was further reinforced when the primary coordinators of Glendale invited Azhar Maqsusi to address the students. The students heard about this change-maker’s tear-jerking narrative of how he frequently starved from hunger as a young child. This had motivated Azhar to feed the poor for all communities as he says “Hunger has no religion.”  Daily, he feeds hundreds of poor people for free, standing under the Dabulpura Bridge. “Just a fistful of rice can be donated for someone in need,” Azhar shared. After that, all students brought a fistful of rice to collaborate and donate to the poor collecting a whopping 20,000 kgs to donate to the hungry. UN’s SDG of Zero Hunger was further realized and synergized with an understanding of the “From Farm to Plate” journey. In the following weeks, students took turns as ‘Food Managers’ working to reduce the food wastage of school lunch to almost nil. Glendale had already started recycling its kitchen waste with its very own compost pit under the supervision of the Green Brigade that was set up back in 2014 as part of the SUPW (Socially Useful and Productive Work). The beauty of it is, that the compost has been used on the school’s 10-acre campus by the gardening staff for several years now, and even sold by the students during school events as a fund and awareness-raiser. Through this repertoire of activities, the UN Sustainable Development Goal (SDG) of Zero Hunger (SDG 2) got experientially digested for the third graders of Glendale Academy and dove-tailed with the SDG of Climate Action (Goal 13).  At Glendale, SDGs are not some abstract serious-sounding goals for the students; instead they have become concrete goals to tackle real concerns in a microcosm level or local context, in which students can easily relate and apply themselves as “agents of change.”  The experiential journey of the implementation of the UNSDGs drove home the message of the global goals in ways that combined real-life application along with instruction, and encouraged them to internalize and assimilate as habits. By making learning interactive and collaborative, creativity and critical thinking skills is fostered be become change-makers.  The school’s VMO thus steers Glendale students towards internationalism by thinking globally, acting locally. This GLOCAL stance cultivates a sense of responsibility as 21st century citizens, both of which have facilitated the school’s adoption of the UN SDGs.  Disclaimer: The views, suggestions and opinions expressed here are the sole responsibility of the experts. No Forbes India journalist was involved in the writing and production of this article.

Tweets by @forbesindia
Liquor and power: Can the Sharmas of Arunachal Pradesh go national?
APPL Industries Limited: Make India with Made In India