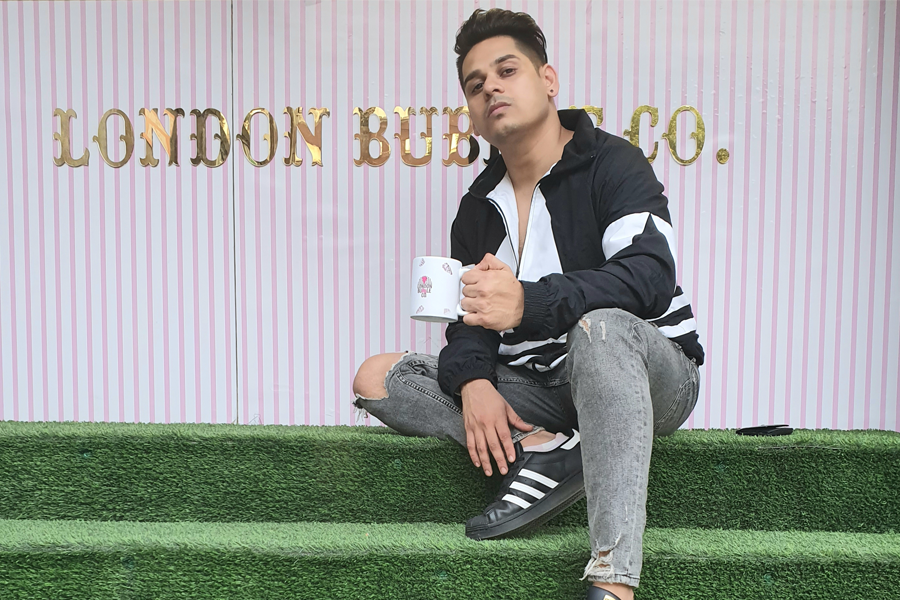 In 2017, Saurabh Rathore, a visionary in the F&B space, decided to bring about a ‘waffely’ big change to India. Through London Bubble Co. (parent company – Gobble Me Good a.k.a GMG), he introduced the country to ‘bubble waffles’, more popularly known as egg waffles in other parts of the world. And in order to cater to the largely vegetarian populace of India, he offered them the egg waffle, without the egg. Would this risk pay off? Or was he making a big mistake? Only time would tell, and it has. The millenial Indian, who forms a large part of his target audience, is always in search of new, quirky, and Instagram-friendly foods. Bubble waffles fit the bill perfectly, and today, the business generates a turnover of 24 crores, with 74 units across the country. Triumphing F&B and hospitality
The establishment of Gobble Me Good via a franchise model has not only superseded Saurabh’s financial expectations but has also forayed into diverse spaces of F&B and Hospitality; all under his robust and flexible leadership. GMG recently partnered with OYO to leverage its real estate venture), and is also going international for the first time with regard to expansion, in countries like Saudi Arabia, Bangladesh, Nepal, Indonesia (South East Asia), and a large part of the Indian subcontinent, all via London Bubble Co and Wake Cup Cafe and Eatery What’s cooking at GMG?
Saurabh is constantly cooking up new ideas, new innovations, and adding new brands and franchises to the GMG menu. At London Bubble Co. the brand serves up desserts across multiple categories, including bubble waffles, pocket waffles, bubble tea and more. Available in a range of flavours familiar to the Indian palette, through the use of popular chocolates, their desserts, including the signature black waffle, have a cult following. Not one to stop there, Saurabh recently added a new brand to his menu, with the introduction of Wake Cup Coffee and Eatery, a popular Indonesian coffee brand, yet again via the franchise model in Mumbai. Through Wake Cup, third and fourth wave coffee of renowned Indonesian brands are being promoted to the Indian consumer. Family, flavours, and franchises
What’s interesting to note, about Saurabh’s journey, is that he credits much of the brand’s growth, to that of his LBC family- the franchise partners. The brand follows this model across its outlets, and is constantly looking to add new members to the fold. Some of the major markets the Gobble Me Good umbrella is looking to spread its cover over are Delhi (including NCR), Rajasthan, Guwahati, Uttar Pradesh, Bengaluru, and Punjab. Going beyond, to include overseas members of the family, Saurabh is already on the lookout for opportunities in Sri Lanka, Bangladesh, Mauritius, Qatar and East Africa, by mid-2020. Before The Bubbles
Before introducing the Indian customer to the delectable bubble waffle, Saurabh began his professional journey in his motherland— India, in the booming field of real estate. Soon, he realised that his personality leans towards the creative side, which led him to pursue a course in Photography- Filmmaking from York University in Toronto, Canada, followed by a Master’s degree in Corporate Communications and PR. He then worked with the corporate giant PepsiCo. in Vancouver, but it wasn’t his calling. This is when he realised that he was meant for something bigger, which he could ace while also indulging creatively in his work. In 2017, London Bubble Co.’s first outlet was launched in the maximum city of Mumbai, in the plush Juhu suburb, and carpet bombed with stores in Chembur, Matunga and Andheri. Saurabh began this venture under Gobble Me Good, completely bootstrapped, with INR 50,000, and introduced signature ‘bubble waffles’ to the Indian audience, without the use of egg — as its USP. Within two years, the business generated a turnover of 24 crores, with 74 units all over, and that is where the company stands today. Nurturing entrepreneurship and beyond
Saurabh believes that the reason GMG has managed to penetrate into diverse Indian consumer segments to this extent is their openness to foreign concepts and establishments under F&B. With a vision he transformed into a reality, it is going to be the one and only franchise Management Company in India soon, as the sole overseer of end-to-end franchising. Challenges are part of every entrepreneur’s life, and Saurabh has combatted his own share, especially with regard to sustaining the business, and has always emerged victorious. Through his able leadership, robust expertise, innovation, thorough understanding of consumer expectations, and staying true to his passion — creativity with F&B, he continues to offer the best to patrons via GMG. As a staunch advocate of sustainability, Saurabh has harboured the practice of steering clear of plastic at all outlets of GMG’s ventures. By 2020, the aim is to go completely plastic free, along with continuing CSR initiatives like associating with organisations to provide a bright future for underprivileged and differently abled children. Saurabh envisions creating an ecosystem that facilitates improved customer services, standardised franchise models (currently an emerging concept), and promotes young entrepreneurs with big dreams for the Indian F&B realm. A true visionary, he aims to leave a legacy of world-class offerings behind, by continuing to nurture and push young talent for disrupting this unorganised business. Disclaimer: The pages slugged ‘Brand Connect’ are equivalent to advertisements and are not written and produced by Forbes India journalists.