A microscopic view of the Finance Bill provides us with some interesting variables, which need a closer look 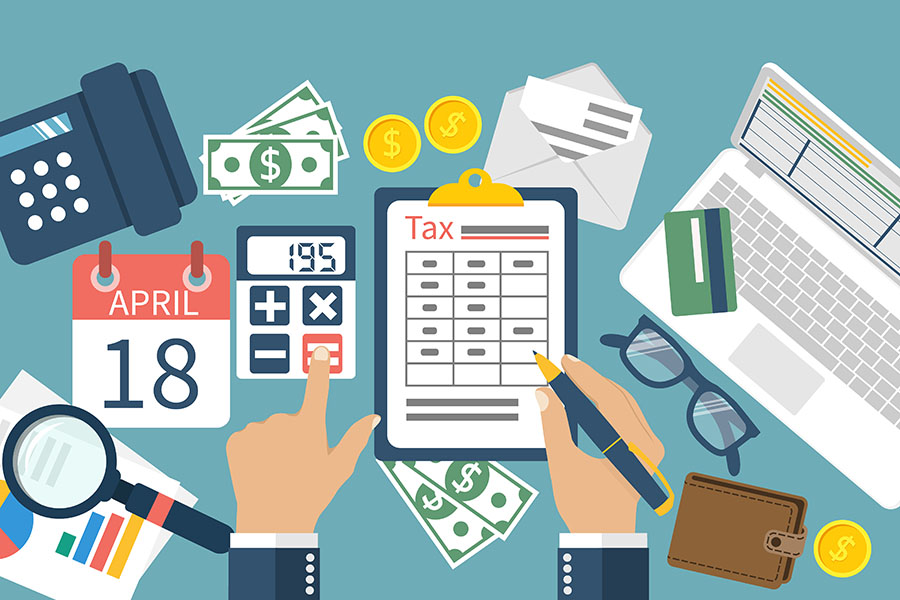 Image: Shutterstock
This time, Budget was much awaited, since Finance Minister had to do a tight ropewalk by balancing between expectations of masses to deliver achhe din and slipping fiscal deficit, in view of unstable GST collections.

In the Budget, there has been a clear thrust on empowering rural economy by supporting agriculture and boosting infrastructure, social sectors. Reduced tax burden for senior citizens has been a matter of cheer. Populist demand of tax benefits to individual taxpayers has been given a miss. Seems, like that fund may have been used for offering tax rate reduction to the SME sector, which could help generate employment. Conditions regarding tax incentives associated with new employment have been further liberalised. Provisions have been introduced to support companies undergoing corporate insolvency resolution process.

This projects picture of a pragmatic approach followed by the Finance Minister; but as the saying goes, ‘devil lies in detail’. A microscopic view of the Finance Bill provides us with some interesting variables, which need a closer look:

No grandfathering for past structures?
Accumulated profits of an amalgamating company on date of amalgamation are proposed to be considered for calculation of dividend. As such, there may be a risk of tax being levied on distribution out of reserves of a company amalgamated prior to the Budget. It could be challenging to understand this aspect, if there is a deemed dividend event in the case of an amalgamated company.

Relief to salaried taxpayers
The Finance Minister proposed to allow relief of a standard deduction of INR40,000 to salaried taxpayers. However, withdrawal of exemption in respect of transport allowance and medical reimbursement would not provide a benefit of even 20 per cent of the said amount. In fact, tax liability would go up in many cases, in view of increase in cess.

Threat of prosecution for non-filing of tax return enlarges
There was a threshold of additional tax payable on assessment of INR3,000 to trigger prosecution for willful failure to furnish the return of income in due time. This threshold has been proposed to be abolished for companies.

Though, the objective mentioned in the Memorandum explaining the provisions in the Finance Bill, 2018, is to prevent abuse of the said proviso by shell companies or by companies holding ‘Benami’ properties, this could create uncertainties for foreign companies earning taxable income from India but not filing for a tax return in India.

For example, a foreign company has earned income from Royalty and an Indian company paying Royalty has withheld tax at an applicable rate on the same. However, correct foreign exchange rate has not been considered, on account of which there is a forex gain difference giving rise to an additional tax liability of INR1,000. Earlier, the same would have fallen within the aforesaid limit of INR3,000, which has been proposed to be withdrawn now. While it is hoped that the above amendment would be applied judiciously and the situation stated above itself should not give rise to prosecution exposure, the level of uncertainty would increase.

PAN if financial transactions (and not income) in any financial year crosses INR2.5 lakh:
Any entity transacting INR2.5 lakh or more would need to obtain PAN. This would even include a foreign entity, if such entity has entered into financial transactions of INR2.5 lakh or more and there is no reference to need for taxability in India in respect of such transactions. Further, its Managing Director, Director, Partner, Founder, CEO, principal officer, office bearer, etc. would also need to obtain a PAN. While the intention is to use a PAN as Unique Entity Number (UEN) for non-individual entities, genuine hardship needs to be avoided.

Reduction in corporate tax rate: Would it boost foreign investment
Another key amendment was reduction in corporate income tax rates from 30 to 25 per cent for companies having a turnover not exceeding INR250 crore during financial year 2016-17. With larger economies rationalising their corporate tax rates (like the U.S. reducing tax from 35 to 21 per cent, Japan reduced from 30 to 20 per cent, the U.K. proposing to reduce to 17 per cent from year 2020, etc.), India also walked on that path by reducing corporate income tax rate. However, the approach for corporate tax reduction over the last few years would make investment in India unattractive on the parameter of tax rates, though other economic and geopolitical factors also play a significant role in determining the destination for investment. Large scale foreign investment is key for boosting employment generation opportunities, which is one of the key objectives of the government.

Conversion of Stock into Capital asset
Conversion of tax has been proposed from stock into capital asset, which may lead to cash flow issues, since there could be no inflow. Automotive companies may get impacted, if they maintain a fleet of new car models manufactured by them, for use by senior officials, from a branding perspective. The Real Estate sector may also face a similar challenge.

Increase in tax cost on account of effective Customs duty rates
While on one hand it is proposed to increase the Customs duty rate on import of products such as mobiles, LCD screens, etc. to boost domestic value addition and employment, on the other hand the education cess and higher secondary education cess has been replaced with Social Welfare Surcharge. This has not only resulted in increase in effective customs duty rate but also in the tax cost on account of customs duty as the Social Welfare Surcharge is not creditable. Rise in cost of imported inputs would push up domestic production cost as well.

Apart from the above, some other major expectations such as reduction in DDT and MAT rate, exempting SEZ units from MAT, clarity on Ind AS adjustments, removal of cess and surcharge to bring down effective corporate tax rate, etc. remain unaddressed.

However, at the same time, 5 per cent safe harbor for variation in stamp duty value on transfer of immovable property, a step towards e-assessment and such other measures have been taken to reduce avoidable disputes and provide clarity.

Thus, overall, it is a good balancing act by the Finance Minister aimed to address masses; but should not create new areas of uncertainty, while addressing past uncertainties.