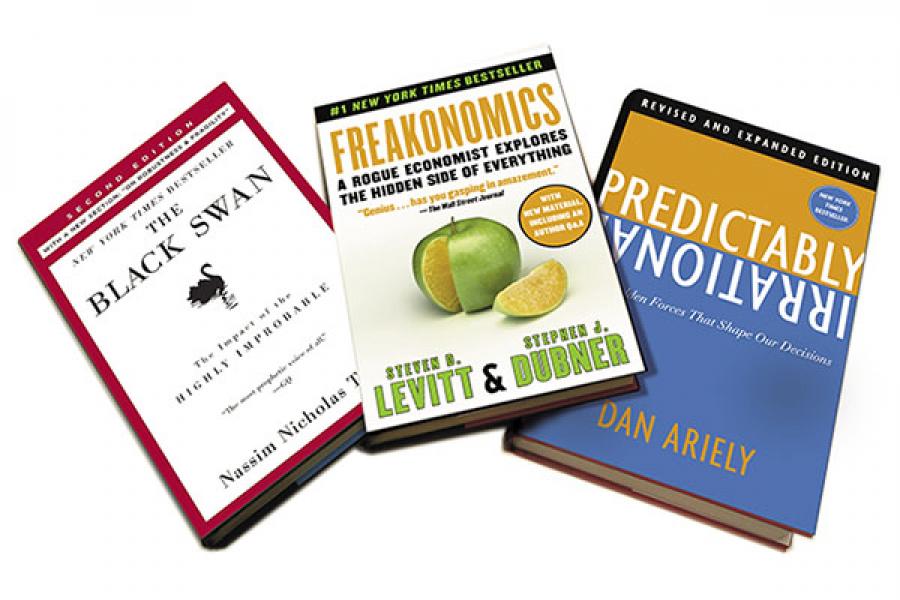 The Freakonomics guys are back with a new book (When to Rob a Bank). Here are some of the past decade’s most influential economics tomes:

Capital in the Twenty-First Century
by Thomas Piketty
Belknap Press, 2014
Sure, Piketty is a French socialist whose numbers might be un peu fuzzy, but no econ text in decades made such an impact.

Lords of Finance: The Bankers Who Broke the World
by Liaquat Ahamed
Penguin Books, 2009
What we’ve learnt (and haven’t) from the Great Depression—and how US banks and slow-growth Europe pose a repeat threat.

Predictably Irrational
by Dan Ariely
Harper Collins, 2008
In this behavioural-econ treatise, Ariely argues that humans’ irrationality is among the most important aspects of economics.

The Travels of a T-Shirt in the Global Economy
by Pietra Rivoli
Wiley, 2009
Tracking the counter-intuitive journey of a single $5.99 T-shirt as a metaphor for doing business in our connected world.