Retirement is not necessarily Happiness

Idleness makes people unhappy, yet they need a justification to be busy

In the popular imagination, retirement consists of endless rounds of golf, travels to far-off places, card games, early-bird buffets, and visits from grandchildren. But as retirees settle into this new phase of their lives, some may struggle to find activities to meaningfully occupy their days. Their once-busy schedules, many of which were filled with work and tasks associated with raising children, suddenly become void and lonely. Although many people work hard for years in hopes of retiring comfortably, new retirees may find themselves longing for the days when they were busy beavering away.

That is because working toward a comfortable retirement may be a mere justification for keeping busy. Chicago Booth professor Christopher Hsee says that an important reason people engage in activities is that they dislike being idle. Having a justification to work, such as needing to reach a certain level of achievement before retirement, is important, Hsee explains. Once that falls away, people are reluctant to become active without a purpose. Then idleness, loneliness, and even recklessness can set in. 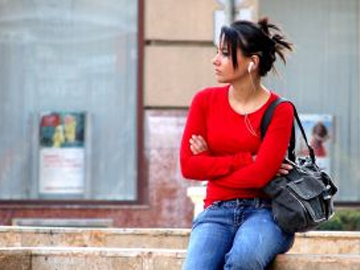 In a study titled “Idleness Aversion and the Need for Justifiable Busyness,” Hsee, along with Chicago Booth PhD student Adelle Yang and Liangyan Wang of Shanghai Jiotong University, proposes that people have two concurrent yet conflicting feelings: they dread idleness, but they also want reasons to take action. “People do not want to be idle, but they do not want to be busy for the sake of being busy,” Hsee says. Without justifications to do things, people will choose to stay idle.

As doing nothing can make people miserable, it would help to “force” idle people to participate in activities. Indeed, Hsee’s study with Yang and Wang finds that if idle people are pushed to action, they often feel happier than those who remain idle. Such interventions already exist. Passengers arriving at an airport, for instance, feel frustrated when made to wait a long time for their luggage. To minimize such frustration, airports have experimented with increasing the distance between gates and baggage claim areas, prompting passengers to spend time walking rather than waiting.

A Reason to Be Busy
In the first of two experiments that Hsee, Yang, and Wang conducted for the study, the researchers tested whether having a reason—even a hollow excuse—to do something could mobilize idle people. They learned that when people are given such options, most people choose to be busy.

College students from a large public university who participated in this experiment were asked to set aside their belongings and fill out two confidential surveys about their school. They were given a 15-minute break between filling out the first and second surveys. Upon finishing the first survey, students were told to submit their completed forms at one of two locations during the waiting period. The first drop-off location was just outside the survey room, which meant the students who chose that option had to wait out the remaining time with nothing to do. The second drop-off location required a 12- to 15-minute round-trip walk.

Students were told that they would receive candy after dropping off their surveys. The researchers told some students that the same candies (milk chocolate and dark chocolate) were offered at both locations, but they told other students that some candies were available at one location but not the other. The same-candy condition offered students no justification for the longer walk. In fact, it seemed foolish to spend time walking when candies just outside the survey room were the same as those further away.

The different-candy condition, by contrast, provided students with an excuse to walk to the farther location. Half the students were told that milk chocolate candies were offered at the farther location while dark chocolates were offered at the nearer location, and the other half were told the opposite. At the end of the 15-minute waiting period, all participants were asked how they felt during the waiting period.

Only 32 percent of participants made the longer walk when the same candies were offered at both locations, but about 59 percent of participants chose the walk when different candies were offered. The results showed that if students could justify walking rather than waiting—by claiming they liked the candy at the farther location— they chose to walk. Moreover, Hsee, Yang, and Wang found that those who walked farther, regardless of which candies they found there, said they felt happier during the waiting period.

Did the students who chose to wait idly underestimate the joy of walking or the pain of waiting? When Hsee, Yang, and Wang described the experiment to another group of participants and asked which activity they thought would yield greater happiness, most predicted that walking would make them happier. It seems that although people know that idleness may lead to unhappiness, many choose to stay idle if they lack a reason to do something.

To find out if forcing idle people to engage in activities makes them feel better, the researchers conducted a second experiment. This time, students had no choice as to where to drop off the survey: they were simply told where to go, and both locations offered identical candies. Just like in the first experiment, participants were then asked about their feelings during the 15-minute waiting period.

If they build it, they Will be happier
The results of the study have a wide range of implications for businesses and governments, as they can design policies to minimize idle time.

Commissioning a bridge, for instance, would put unemployed residents of a city to work and give them a meaningful activity to do. A new bridge would not only be useful for the residents of that city but would also benefit workers by providing employment and making them more satisfied with their lives. “Policy makers should not ignore that benefit,” Hsee says.

Ideally, people should devote their energy to constructive activities. But suppose that a city already has a sufficient number of bridges and that building an additional one seems unnecessary. The results of the study suggest that it still may be beneficial to build another bridge if a city takes into account the potential costs of having residents remain idle for a long time. “If the unemployed really have nothing to do, then they may find destructive ways to release their energy,” Hsee says. “They could fight with each other, become gangsters, and commit other crimes.” In this case, what Hsee, Yang, and Wang call “futile busyness,” which serves no other purpose than to prevent idleness, is better than “destructive busyness.” The goal is not to make people extremely busy, says Hsee. There are many people with a lot of time on their hands, and even busy people are occasionally confronted with situations that leave them unavoidably idle. The study’s results can be used to devise ways to help people get through their days without feeling as though they are wasting time.

For instance, in many office buildings, waiting for an elevator at busy times can take several minutes. Taking the stairs may be a better alternative, but stairways in many buildings are typically found in dimly-lit and unappealing areas, which often are difficult to find right away when entering a building. These buildings are designed to make it easy for people to walk to an elevator. But a building designed in a way that makes the stairway the default choice would cut idle time for many people and make them happier, not to mention healthier, Hsee believes. One way to design such a building would be to make stairs to the first six floors highly visible as one enters the building. One can even go further and make the elevator difficult to find, which would force people who want to go up only a few floors to think twice about taking the elevator—and instead head for the stairs.