Roposo vs ShareChat: Which will replace TikTok? 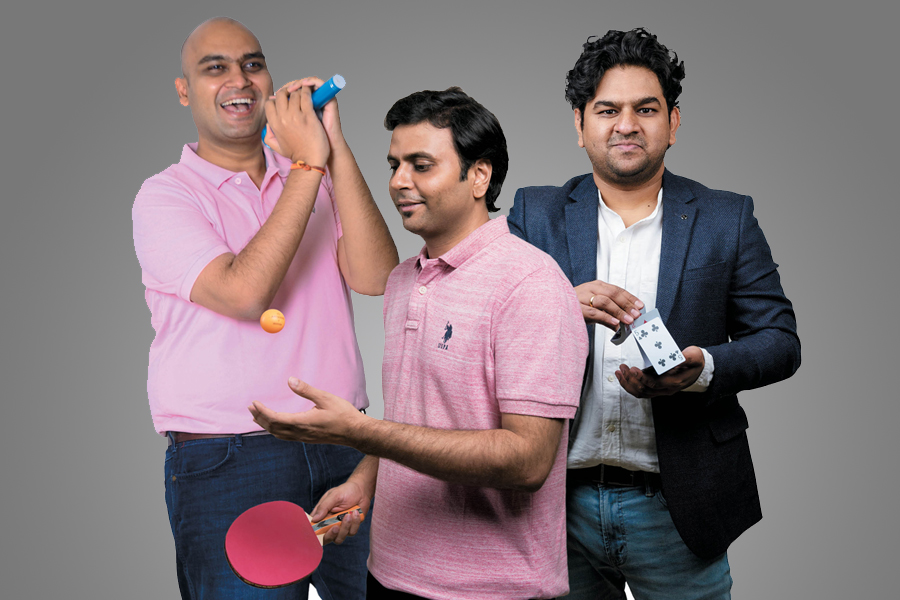 Hours after the government banned 59 China-made apps citing national security concerns, Roposo’s engineers were in a tizzy. Branded as “India ka apna video app” or India’s own video app, the short video-sharing platform, akin to TikTok, the wildly popular Chinese app that counted 200 million users in India until the ban, saw a sudden rush of users. “It was crazy… our servers got jammed and we had to quickly upgrade them to deal with the increased traffic,” says Avinash Saxena, co-founder at the Gurugram-based startup which was acquired by advertising tech unicorn InMobi late last year. Daily active users rocketed from 6 million before the ban to 17 million just days after the ban, says Naveen Tewari, InMobi’s chief. At the time of writing, Roposo claims to have been downloaded 80 million times. “This is India’s digital atmanirbhar moment,” he beams. 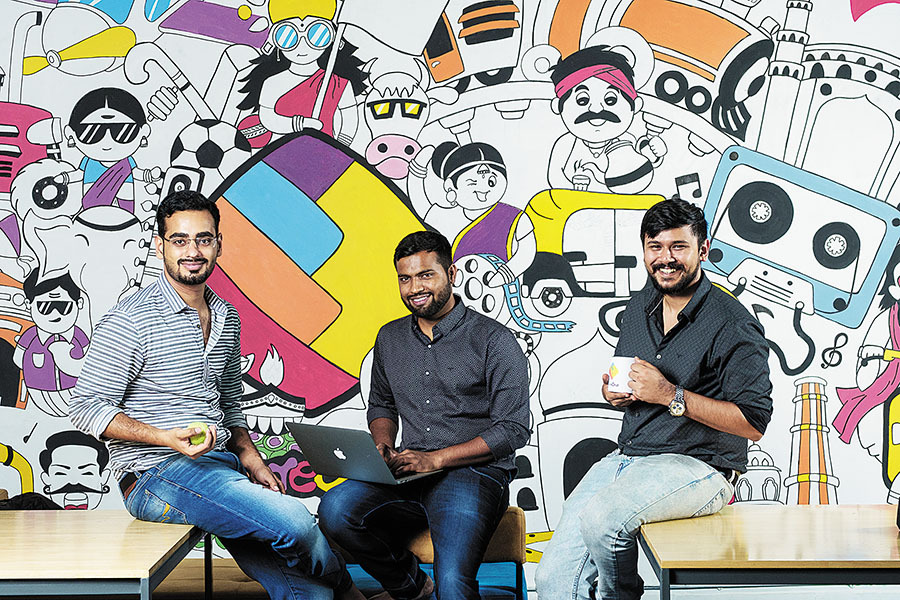 (From left) ShareCart Co-founders Ankush Sachedeva, Bhanu Pratap Singh, Farid Ahsan have built short video-sharing platform Moj  As Roposo, Moj, TakaTak and Instagram battle for dominance, what will it take to win? For one, capital. According to one industry insider, ByteDance, bankrolled by SoftBank, pumped in $20 to $30 million a month into India to grow TikTok. “You need large amounts of capital to grow in this business,” says Sanjay Mehta, an early stage investor. A case in point being Chingari and Mitron. Both short video-sharing apps rode the anti-China wave in the aftermath of the ban. They were among the most downloaded apps on the Google Play Store. "Welcome on board Bharat! Let's go to 100 million users this month! 11 million in 22 days! Super excited," tweeted Sumit Ghosh, co-founder and chief of product and growth of Bengaluru-based Chingari on July 2. Likewise, Mitron boasted of 23 million users by July 4, according to a tweet by the company. It said that it had taken 70 days to cross the 10 million download threshold, but less than three days to double it. Play Store rankings at the time of writing shows Chingari languishing at 75th position, while Mitron didn’t even make it to the top 100. “Apps that have suddenly come on to the scene are bound to fizzle out,” says Lunia. “You need at least $150-$200 million to survive in this business,” he says. Meanwhile, Roposo, backed by the SoftBank-funded InMobi, presently has the funds it needs to grow, says Tewari. Instagram too has the deep pockets of Facebook to fall back on. Second, to succeed in this business, platforms need a strong community of creators. Mehta cites the importance of the “network effect” where more creators leads to more content, which leads to more users. More users, in turn, demand more content, which spawns more creators. “Virality is crucial for such businesses. Only then will you see an avalanche of users,” he says. Put another way, creators will be attracted to platforms that are able to bring them fame by way of number of views, and brand associations or redeemable cash rewards. Users on the other hand, fickle as they are, will be glued to platforms that offer quality content, and provide engagement by way of campaigns or competitions. Third, technology is key for success. TikTok’s personalised recommendation algorithm kept users hooked, says Lunia. For any platform to replicate that its machine-learning and artificial intelligence capabilities need to be on point. Even with a combination of capital, community and technology, challenges remain. The investor quoted above cites the lack of engineering talent in the country when it comes to building social media products. “If you need some inventory management software you’ll get all the talent you want because that’s what Infosys built up over the years. But we’ve never built a social media platform prior to this,” he says. The biggest threat, however, is the government opening up the market to the banned Chinese apps. “Imagine pumping in all this money into their apps and then the Chinese return. They [local apps] will all be in a hot soup,” says the same investor. Luck, as it were, is another component for success.