Companies in the internet economy: The way we work now

The internet economy is bringing efficiency to the world of work, but it has downsides as well 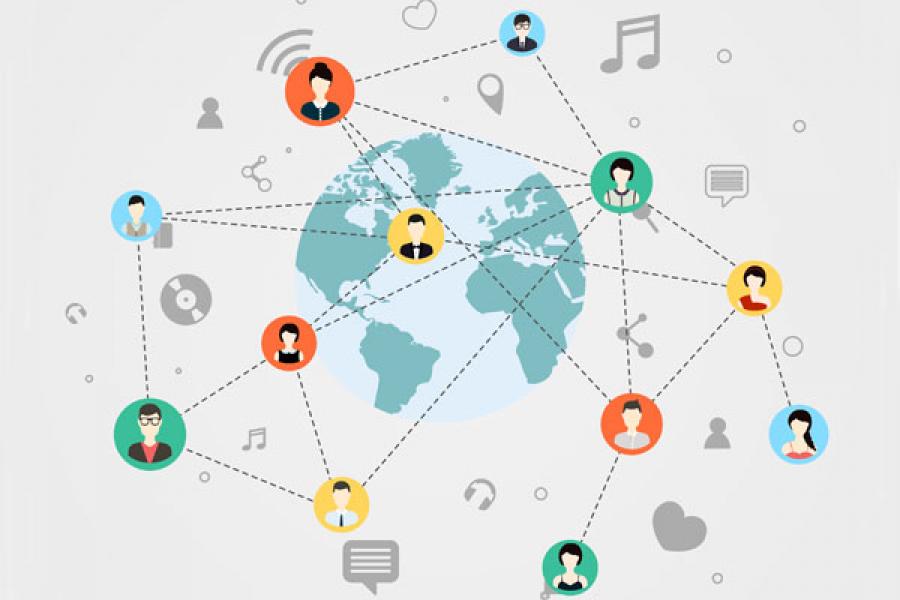 It’s hard to remember what work was like before the internet—particularly if you’re one of the millions who weren’t there yet. On the positive side, we had fewer distractions. No social media, no surfing, even email was more something kids did in college than a mode of business communication. The office may have been a bit dreary, but you thought if you stuck it out a little longer, you might be promoted or find something a bit better than your current cubicle. And when you went home at night, you were entirely home.

A lot has changed in 20 years. The odds are better today that you’re not in a cube farm anymore, or at least not every day. You probably use several programs on your computer at once, and even your phone helps you do your job. Your coworkers too may be a bit spread out—not just on another floor or in another building, but in other cities, maybe even other countries, thousands of miles away. You may still have your eye on another job, but it’s likelier that you’re moving to another company rather than waiting for a promotion. And when you go home tonight, chances are better that work will follow you all the way into your house.

Even goofing off is different. Twenty years ago, you could play solitaire but not much else. Today, there are endless possibilities: someone you see on the street reminds you of an old high school friend you’ve lost touch with, and in 30 seconds, you can find out what they’re doing now. Depending on the office, you may even be looking at film trailers, trying to decide what movie to watch tonight, or ordering groceries, and Skyping your significant other or looking for one.

From Place to Project
The nature of the work is also changing. More work now doesn’t revolve around places but projects, according to Sudhanshu Palsule, a Cambridge-based leadership educator.

An important consequence of this project focus is that work is less and less somewhere you go, and more and more something you do. “Now it is no longer about working hours and no longer about sharing everything and doing it one way, but getting the task done,” says Prasad Kaipa, a Campbell, California-based business advisor and leadership coach.

One case in point: Juniper Systems, a fast-growing software company in Silicon Valley, no longer has a formal vacation policy—people work when they feel like it.  Employees work out arrangements with their manager about when and where they plan to work. For example, Kaipa says, a young friend of his who works at Juniper worked out an arrangement with his manager to go to India for a month, where he could complete his project peacefully and on schedule.

“The locus of work is going to change dramatically,” predicts Marshall Poe, author of A History of Communications: Media and Society from the Evolution of Speech to the Internet. “It’s already happening.”

“When people don’t have to move, they won’t move,” he adds, speaking from his home in Northampton, Massachusetts. “They are couch potatoes, man…, they’re going to work from wherever they want to work, and that’s going to change things quite a bit.”

How their work is organized is also likely to change. Where before, people acted on orders from above, responding to Palsule calls “the received word” more work today is executed today by teams that improvise as they go along, facilitated by the greater ease of interaction of electronic communications and social networking between large groups of people.

Slicing and Stonewalling
But even as the internet seems to be encouraging more teamwork and collaboration, it is also encouraging companies to extend their supply chain, according to Sheen S. Levine, a professor in the University of Texas business school and at the Institute for Social and Economic Research and Policy at Columbia in New York.

“It could be positive and it could be negative but it’s clear that one of the changes that we see is the fact that a lot of work can be split into smaller pieces, digitized and shipped elsewhere for processing. They started with very simple jobs originally but now we see more and more sophisticated work,” Levine adds. More and more American legal work, for instance, is done in India by Indian lawyers.

Adding to the potential for worker alienation is the fact that the internet can also be used to avoid meaningful communication. Ironically, Poe worries that we actually use digital communication to avoid real two-way communication.  “The phone’s become heavy because you’d rather just email somebody or text somebody because it doesn't have all of the richness of communication. Email and texts are not really conversations, they’re serial soliloquies!” he says.

What all this means for labor relations is unclear. For now, perhaps the biggest change for the average white collar employee is that the company, once a quirky family that you were more or less stuck with for years if not life, is now more often a passing relationship. You may even be a part of several companies at once—someone you work for during the day and someone else you work for on the weekend. Some reports out of Silicon Valley say that people often carry three business cards—for their day job, for a start-up they’re involved in, and for a personal venture.

Levine, however, sees less loyalty between employee and company. “The downside is that one’s career will be less of a career and more of a jump from one opportunity to another. On the other hand, the fact that resources are available to be booked on short notice and in small quantities makes it easier for people to start their own businesses,” says Levine.

Leftbehind.com
For people who don’t have skills in demand, this growing efficiency may mean better prices in the hypermarket but maybe not a better deal with their boss. Now that companies can measure productivity by the call and the keystroke, they can evaluate performance more easily and dispassionately.

One traditional route to better working conditions, collective bargaining, doesn’t seem to work very well online, given the ease with which so many jobs can now be shifted from one market to another, or sliced into various tasks and shifted to many markets.

Noam Chomsky, a professor emeritus at the Massachusetts Institute of Technology and radical political commentator, describes the US internet as “a terrain of struggle.”

“The forces are unequal—one side, the corporate sector, is extremely powerful, highly class conscious and with a long and successful tradition of class warfare, also of course controls vast amounts of capital and largely though not completely dominates state power. But democracy is not dead, and the game is not over,” he writes in an email.

But while the workers of the world may not be able to unite easily online for a fatter paycheck, projects such as Wikipedia, the online encyclopedia, and Linux, the operating system, show that under certain circumstances, they can create immense value with no pay at all. As consumers too, the internet seems to be creating new possibilities that involve no exchange of cash: Free Your Stuff is a German Facebook page and website where people offer to give away things they no longer want, or post requests of something they would like if someone happened to want to get rid of it. Couchsurfing.com, for instance, is a global network of people who let fellow travelers stay in their home for free. The value proposition: “Travel like a local, stay in someone's home and experience the world in a way money can't buy.”