By the buy: Should investors take the plunge before the elections? 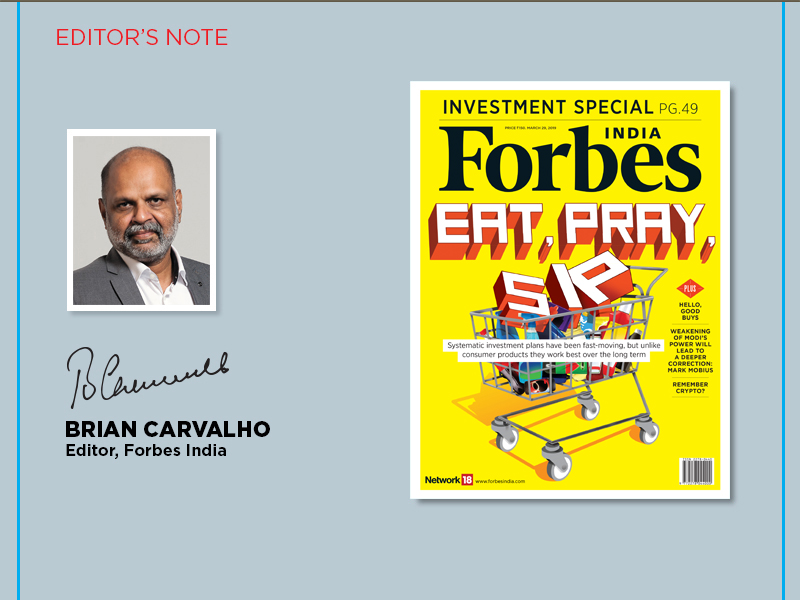 With elections around the corner, it’s perhaps understandable that Dalal Street is on edge, with binoculars positioned firmly on the campaign trail for cues on which horse will cross the finish line. Has the BJP-led National Democratic Alliance struck bullseye with the Balakot airstrike, will the SP-BSP alliance in Uttar Pradesh—the state that accounts for close to a seventh of all Lok Sabha seats–prove a game changer, is a hung Parliament a possibility, will opposition unity turn the tide…

By September, though, the heat and dust of a general election will have all been forgotten. What will matter more is the state of the economy, still the fastest growing major economy in the world; and still an attraction for global multinational giants and their CEOs, who will continue to fly in and provide headlines about how attractive India is and how dynamic the prime minister is—no matter who he or she is. The government may change, but not the challenges before it: To spur consumption, rein in fiscal slippage, and to keep a hawk eye on inflation and the rupee.

Our cover package this fortnight is on investing in the new fiscal year. The burning question for institutional investors and retail Joes and Jotsnas is whether to take the plunge before the elections in anticipation of a rally or to wait for clarity on who forms the new government. The risk of the latter, of course, is of missing out—what if stocks rally pre-polls, with punters being able to identify the winning horse and duly placing their bets?

Samar Srivastava, Forbes India’s intrepid market watcher, has made up his mind: The time to wade in is now, he asserts. The main reason for his optimism: The selling is overdone, what with three-fourths of stocks in the mid- and small-cap indices trading below their average closing price over the past 200 days. As for elections, Srivastava sees them having short-term impact. “Past evidence points to the fact that, after reacting to election results, markets move in tandem with earnings and economic fundamentals in the 12 months after the verdict,” he writes.

For his part, global markets guru Mark Mobius has pronounced his verdict to Forbes India on the Indian election. “I believe he (Narendra Modi) will head the majority and emerge in a very strong position, with the help of alliances,” he told Salil Panchal in an interview.

Our cover story is on a product—a consumer product, if you will—that mirrors the market volatility. The problem, however, may be that not all investors who lap up this product know that. For many, the systematic investment plan (SIP) is not too different from a savings product—an alternative to a fixed deposit with the lure of a higher rate of return. SIPs—through which investors periodically set aside small amounts in mutual funds—encourage disciplined investing yet, at the end of the day, they’re an exposure to equity, which means there are risks of capital erosion. And that’s what shell-shocked investors, both the Johnnies come-lately as well as those accustomed to regular double-digit returns, have learnt the hard way over the past year. What should SIP investors do when markets move sideways? The answers are many, but panic is not one of them, says Monica Bathija. Turn to ‘SIP and Dip’ to read why you shouldn’t be stopping your SIP if the returns have dried up. But that doesn’t mean you should be buying SIPs the way you do soap or cola. They may be fast-moving but, unlike soap or cola, SIPs deliver best over the long term.

Tweets by @forbes_india
Digital health start-ups in India: The challenge of scale
Podcast: Investing in the new fiscal year