Chips off the old block 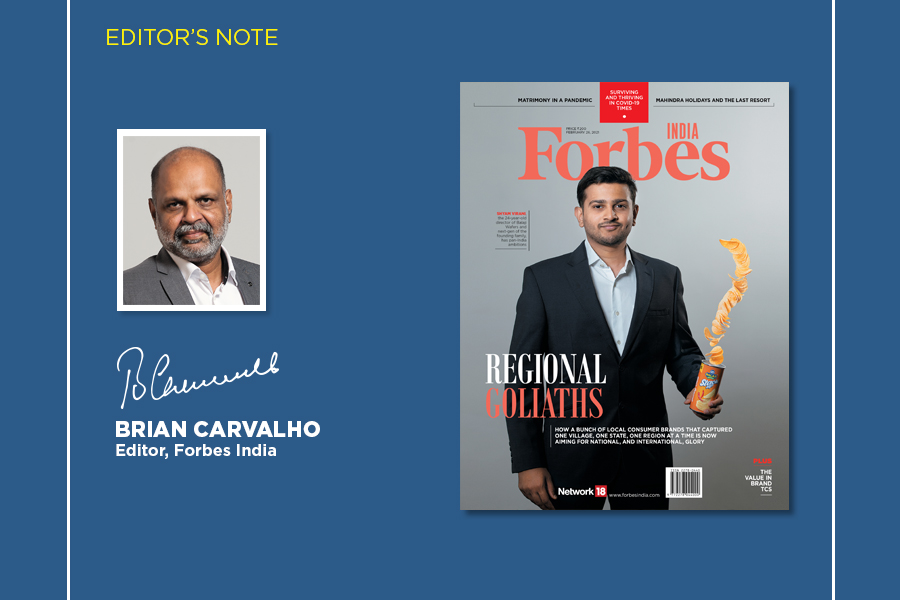 When Minister of Finance Nirmala Sitharaman announced her budgetary proposal to make it easier to incorporate one-person companies, one blast from the past instantly came to mind: Karsanbhai Patel, who started as a one-person-on-a-bicycle, one-product-on-a-prayer brand builder in the late 1960s.

A chemist, Patel manufactured what Unilever had pioneered in the UK in the ’50s—a detergent powder. He called it Nirma. The difference? For starters, it was yellow (as against the conventional white). The bigger differentiator of the packs that Patel started selling in his hometown Kishapur in Gujarat, though, was they were priced at roughly a fourth of the competition. Nirma slowly but surely gained ground in western India, and would go on to emerge numero uno in detergents pan-India. By then Nirma had created a comprehensive home personal care range, from soaps and detergents to shampoo and toothpaste.

CavinKare’s Chik shampoo in the South and Ghadi detergent in the North are two other notable instances of regional street smarts getting the better of management-schooled marketing hotshots. The common thread running through these brands: They focussed on affordability and accessibility, and got their distribution and retailing act together in the region they knew best, before fanning out to the rest of the country. Chik, for instance, became accessible to millions, thanks to its 7 ml sachet for under a rupee. Ghadi became a market leader by focusing on just Uttar Pradesh, Bihar, Madhya Pradesh and Punjab, which are estimated to account for a third of the Indian consumer market.

Like Nirma, Ghadi and CavinKare once were, India is today home to hundreds of regional warriors holding their own against pan-India rivals—and with ambitions of their own to go national, and international. Rajiv Singh, Forbes India’s avid brand watcher, shortlisted a bunch of such Regional Goliaths with a similar DNA as that of yesteryear’s brand warriors.

Consider what the Bansal brothers of Ludhiana’s Raj Industries resorted to when retailers weren’t buying into their new white perfumed laundry soap. If Karsanbhai had his cycle, Salil and Sahil thumped-thumped their way across the countryside on their Enfield Bullet to convince shopkeepers. As Singh vividly explains in ‘Might of White’, the Bansals rode from village to village with a bucket and two sets of soap—one of a rival and the other Raj Super White.

On our cover is the next-gen of a family that has built a ₹2,300 crore-plus snacks behemoth. It was in 1974 that Chandubhai Virani and his brothers left their village in Jamnagar, Gujarat, and headed to Rajkot to build their fortune. Their story of how they began by selling wafers in a cinema hall, then progressed to manufacture them, and then took the packs to shopkeepers on their cycles—one village at a time—is one of guts, grit and eventual glory. Today, Balaji Wafers is present in 11 states, and has over 50 varieties of snacks, from nachos to noodles.

Staying with brands (and staying with Singh), Forbes India shines a light on labels that beat the odds in 2020. Almost a year after Covid-19 and the lockdowns ravaged economic prospects, Singh profiles businesses that were out for the count last March, before they rejigged their models, and regained lost ground (a few even gained fresh turf).