In this special issue on AI, we take stock of a technology that has far ranging impact from healthcare to education and agriculture to manufacturing 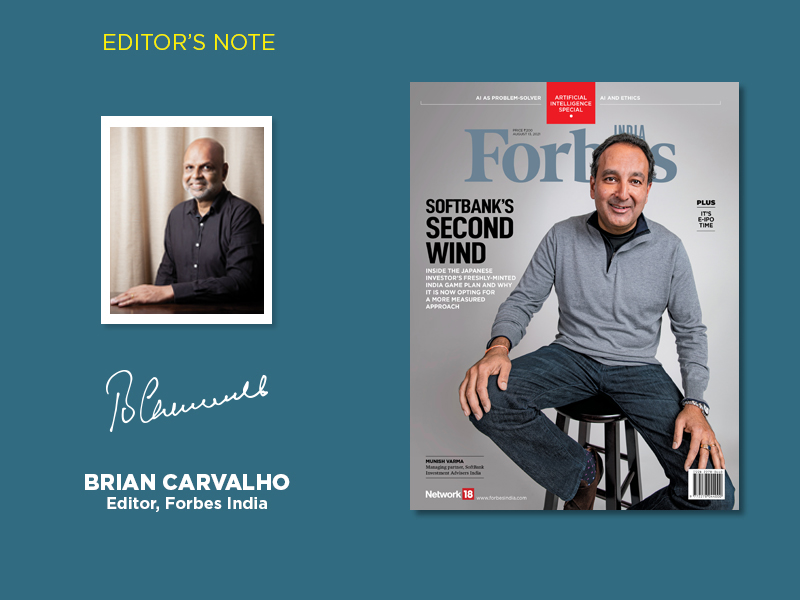 The machine only gives us numbers because I would rather that a human element remain in determining something so critical as someone’s fate.”

That’s one of the lines of Harold Finch, a reclusive billionaire computer nerd, in the American sci-fi crime drama television series Person of Interest that aired on CBS from 2011 to 2016. Finch has developed an artificially intelligent system for the US Federal government, known as ‘the Machine’, which can sift through and analyse data collected by the National Security Agency’s mass surveillance to accurately predict terrorist acts and people planning them. Aside from being a splendid crime-fighting show, the series gained acclaim for raising issues inherent in the use of artificial intelligence (AI), from privacy and the power derived from social surveillance to the moral and ethical issues of human control and the problems of working with limited information programs.

In this special issue on AI, we dive into the possibilities and the dangers of an AI-emboldened world in a fortnight in which disclosures from a global journalistic collaborative about a software meant to combat terrorism and crime suggest a different technology may have been used to create the most sophisticated smartphone attack ever. The makers of the software, an Israeli cyber arms firm called the NSO Group, have denied the allegations, including that data was leaked from their servers, that their technology was used to collect information on assassinated Saudi Arabian journalist and dissident Jamal Khashoggi, and that the software was used to hack the phones of some Indians, including journalists.

The good news, though, is AI technologies go way beyond surveillance, facial recognition systems and smart policing. It doesn’t necessarily follow that all countries that do use AI are abusing it for mass surveillance.

As Forbes India’s Technology Editor Harichandan Arakali writes, the coming together of cloud computing and small devices that can perform enough computation at the extremities of connected network is aiding the spread of AI-based solutions in multiple sectors.

These range from health care (where Covid-19 accelerated the development of such applications) and education to agriculture and manufacturing. As Arakali writes: “Done right, an AI-aided future can offer better quality food, early detection of diseases, personalised learning, loans to those who need them, fewer road accidents and more.”

Dystopian scenarios notwithstanding, fact is AI can help solve some of the largest and most complex financing problems that humans haven’t been able to crack. One such problem is money laundering. As Amit Anand, founding partner of Jungle Ventures, writes for Forbes India: Tookitaki, a cloud-based anti-money laundering transaction monitoring software provider, is a star in the Jungle portfolio for its ability to process large volumes of data, and flag potential instances of fraud with greater accuracy than humans could. For more, go to ‘AI: Helping Solve World’s Toughest Problems’.

The Forbes India cover story this fortnight is on a global new-age investing Goliath that’s also betting big on AI: SoftBank. If we’ve headlined the feature, SoftBank’s Second Wind, it’s with good reason. Gone are the days of aggressive, big-ticket investments, a few of which misfired. Cheque sizes are now smaller, as are the stakes being picked up, and deeper tech, from AI to software as a service, is the flavour. As India head Sumer Juneja tells Pooja Sarkar and Rajiv Singh, decision-making is not quite gunshot. Instead, time is being taken to build relationships with founders, and convince them it’s not only capital that they bring to the table. For more on the new investment roadmap for India, this feature is a must read.Best,
Brian Carvalho
Editor, Forbes India
Email:Brian.Carvalho@nw18.com
Twitter id:@Brianc_Ed