Get the idea: India, a land of innovations

Besides being home to a tribe of inventive startups, India is now also a reverse-innovation base for MNCs like GE 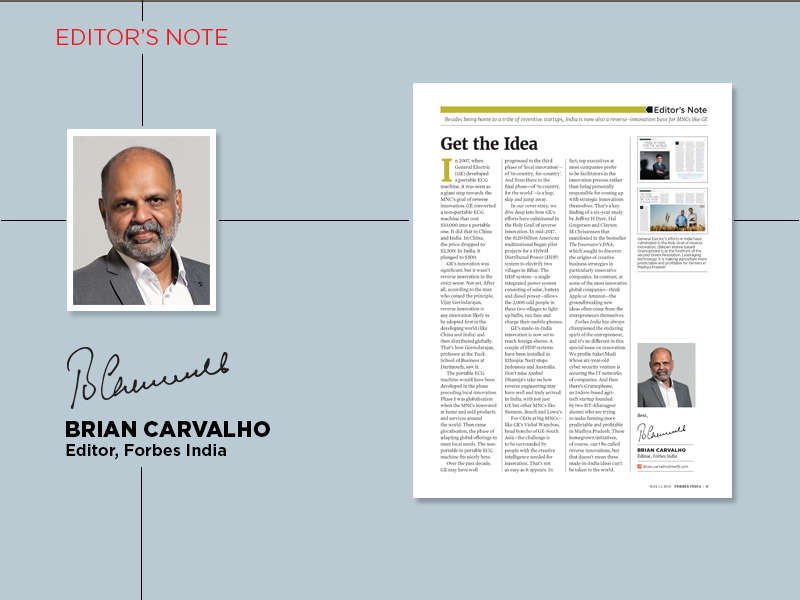 In 2007, when General Electric (GE) developed a portable ECG machine, it was seen as a giant step towards the MNC’s goal of reverse innovation. GE converted a non-portable ECG machine that cost $10,000 into a portable one. It did that in China and India. In China, the price dropped to $2,500. In India, it plunged to $500. 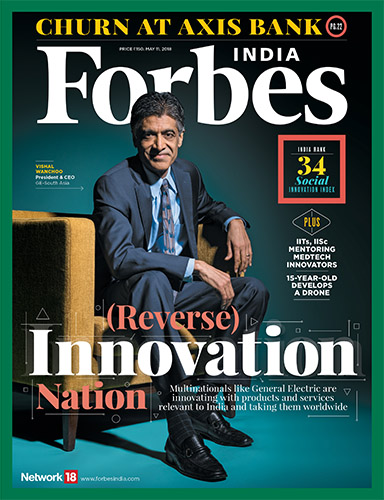 The portable ECG machine would have been developed in the phase preceding local innovation. Phase 1 was globalisation when the MNCs innovated at home and sold products and services around the world. Then came glocalisation, the phase of adapting global offerings to meet local needs. The non-portable to portable ECG machine fits nicely here.

Over the past decade, GE may have well progressed to the third phase of ‘local innovation’—of ‘in-country, for-country’. And from there to the final phase—of ‘in country, for the world’—is a hop, skip and jump away.

In our cover story, we dive deep into how GE’s efforts have culminated in the Holy Grail of reverse innovation. In mid-2017, the $120-billion American multinational began pilot projects for a Hybrid Distributed Power (HDP) system to electrify two villages in Bihar. The HDP system—a single integrated power system consisting of solar, battery and diesel power—allows the 2,000-odd people in these two villages to light up bulbs, run fans and charge their mobile phones.

GE’s made-in-India innovation is now set to reach foreign shores. A couple of HDP systems have been installed in Ethiopia. Next stops: Indonesia and Australia. Don’t miss Anshul Dhamija’s take on how reverse engineering may have well and truly arrived in India, with not just GE but other MNCs like Siemens, Bosch and Lowe’s.

For CEOs at big MNCs— like GE’s Vishal Wanchoo, head honcho of GE-South Asia—the challenge is to be surrounded by people with the creative intelligence needed for innovation. That’s not as easy as it appears. In fact, top executives at most companies prefer to be facilitators in the innovation process rather than being personally responsible for coming up with strategic innovations themselves. That’s a key finding of a six-year study by Jeffrey H Dyer, Hal Gregersen and Clayton M Christensen that manifested in the bestseller The Innovator’s DNA, which sought to discover the origins of creative business strategies in particularly innovative companies. In contrast, at some of the most innovative global companies—think Apple or Amazon—the groundbreaking new ideas often come from the entrepreneurs themselves.

Forbes India has always championed the enduring spirit of the entrepreneur, and it’s no different in this special issue on innovation. We profile Saket Modi whose six-year-old cyber security venture is securing the IT networks of companies. And then there’s Gramophone , an Indore-based agri-tech startup founded by two IIT-Kharagpur alumni who are trying to make farming more predictable and profitable in Madhya Pradesh. These homegrown initiatives, of course, can’t be called reverse innovations, but that doesn’t mean these made-in-India ideas can’t be taken to the world.