Salvation in a syringe

A decade ago, Zydus Cadila had brought an H1N1 vaccine to market in less than 10 months 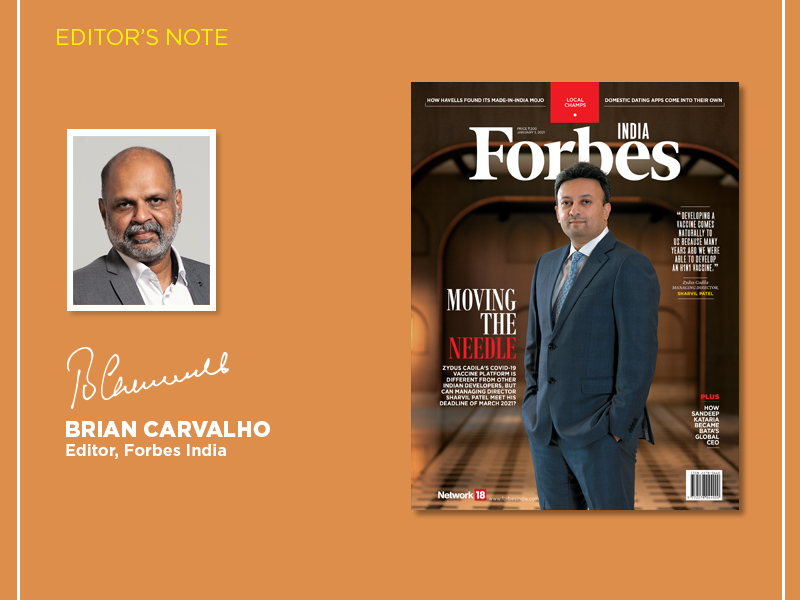 As you read this, roughly 0.6 percent of the United Kingdom’s (UK) 66 million population—almost 400,000—would be on their way for their two doses of the 800,000 shots of the Pfizer-BioNTech vaccine that had arrived in the country in early December. While that’s a much-awaited start and a relief not just for the UK but for the whole world, it’s important to remember that it isn’t going to be instant salvation in a syringe.

Consider: The UK had pre-ordered Pfizer vaccines for 20 million people (40 million doses). That volume will be enough for under one third of the population—and it isn’t going to happen at one go. Pfizer had said the delivery will occur “throughout 2020 and 2021, in stages…”

The upshot: A Covid-19 vaccine may be just a jab away, but taking it to global populations won’t happen in weeks, or months. And, in large countries like India, perhaps not even in a year.

If India has to vaccinate even half of its almost-1.4 billion population, it will need that many doses. Or even more. Credit Suisse recently had estimated the number of doses at 1.66 billion, after excluding those under the age of 14 and those with antibodies by March 2021. For its part, the government is hoping to vaccinate 300 million people by August 2021.

What this also means is that India needs most of its vaccine programmes to work out—even if it relies on the shots being developed by the likes of Pfizer, which has sought permission to bring its vaccine to India. Currently, India has some seven Covid-19 vaccine programmes underway; restricted emergency use go-aheads for all are unlikely to come anytime soon from the government, not until it is satisfied with the trials-based data to prove efficacy and safety.

Credit Suisse estimates the total domestic capacity in play at 2.9 billion doses, but even diehard optimists wouldn’t expect all of it to pan out. Yet, India’s contribution to mitigating the Covid-19 scourge is significant. As of early December, 13 vaccines were in phase 2 globally, according to global vaccine alliance Gavi. India accounted for at least three of those.

One of them is Zydus Cadila’s indigenous DNA vaccine, the only one of its kind being developed in India. Sharvil Patel, managing director, tells Forbes India’s Manu Balachandran and Divya Shekhar—who have been hot on the vaccine trail since the early days of the pandemic—that he hopes to make the vaccine available by March 2021, after completing phase 2 and 3 trials. His optimism is based on Zydus Cadila emerging, a decade ago, as the third pharma company in the world to bring an H1N1 vaccine to market to tackle the swine flu scourge—in less than 10 months. For more on that, and on what makes the DNA vaccine different from the others in play, don’t miss ‘The Rising Star of Vaccines’.

It may be early days, but the Indian Vaccine Gambit may be India’s best advertisement for Make in India yet. Our other big package this fortnight looks at the emergence of a clutch of Indian manufacturing warriors who are holding their own after clashing with multinational Goliaths on varied battlefields. Standing head and shoulders among these local champs is a company that started as an electricals shop in a Delhi market in the late 1950s, went on to buy a European giant to get a footprint there, only to sell it years later. Reason: The market opportunity back home—and the opportunity to manufacture in India—was far bigger.