When choppy is the new normal

Talk about investing these days and the first thing which comes up is the uncertain nature of the markets. Whether in corporate circles or in investor gatherings, the big question is how should one navigate the markets and choose between asset classes at a time when there’s very little line of sight to the future. If one thought the sudden move by the government of demonetising currency notes of Rs 1,000 and Rs 500 late last year was a huge surprise (and shock for some), the new political order in the United States has enlarged this unfolding bundle of uncertainties. Add to that the impact of Brexit and domestic problems like mounting non-performing assets of state-run banks, and you have what promises to be a very, very challenging 2017. 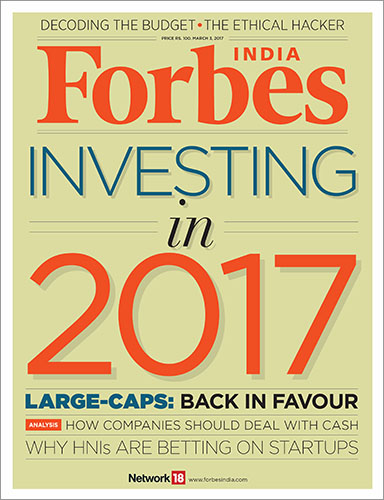 Our 2017 Investment Special comes to you against this backdrop. How does an investor navigate these choppy waters? To be sure, there are no firm answers, only some pointers from the several experts we spoke to, who also weigh in with opinion pieces in this issue. As Samar Srivastava, who put this special package together with colleague Pravin Palande, writes in his overview, “…surviving volatility is as important as making the right investment.” If you thought 2016 was volatile, there could be more surprises in store for you this year. One big theme which Srivastava and Palande found while talking to fund managers and investors is the gradual return of large-cap stocks to favour in the equities market. While we focussed on mid-caps in a special issue on markets last year, the trend over the past few months seems to be one where such mid-caps are increasingly seen to be overvalued, and large-caps—stocks of large Indian companies—making a comeback on investors’ radars.

Not just equities, this issue also delves into how one should navigate several other markets, notably real estate, commodities, gold and fixed income. When experts are closely watching not only the domestic economy but also the rumblings the world over, a smart investor would need all the skills at his disposal to make the right choices. We hope this issue helps in doing that.

While on the domestic economy, Budget 2017 presented by Finance Minister Arun Jaitley came as a welcome break from the choppiness all around. Post-demonetisation, Jaitley’s budget was keenly watched since it was expected to give a big signal about how the Narendra Modi administration wanted to take the economy forward.

Budget 2017, by most accounts, turned out to be a good, solid document, minus any major negative surprises (that in itself cheered markets). It aimed at boosting infrastructure spending and pushing consumption, even while remaining committed to fiscal consolidation. Jaitley decided to give himself a wee bit of headroom to spend more, by fixing a 3.2 percent fiscal deficit target for FY18, promising to move to 3 percent the next fiscal. How the economy responds to the budget will be a fascinating study in itself.