Increasing health infrastructure should be consistent effort, not a knee-jerk reaction: PS Harsha

The commissioner of the Department of Information and Public Relations in Karnataka, talks about his lessons from the pandemic, and how corporates stepped in to fill the gaps in health infrastructure 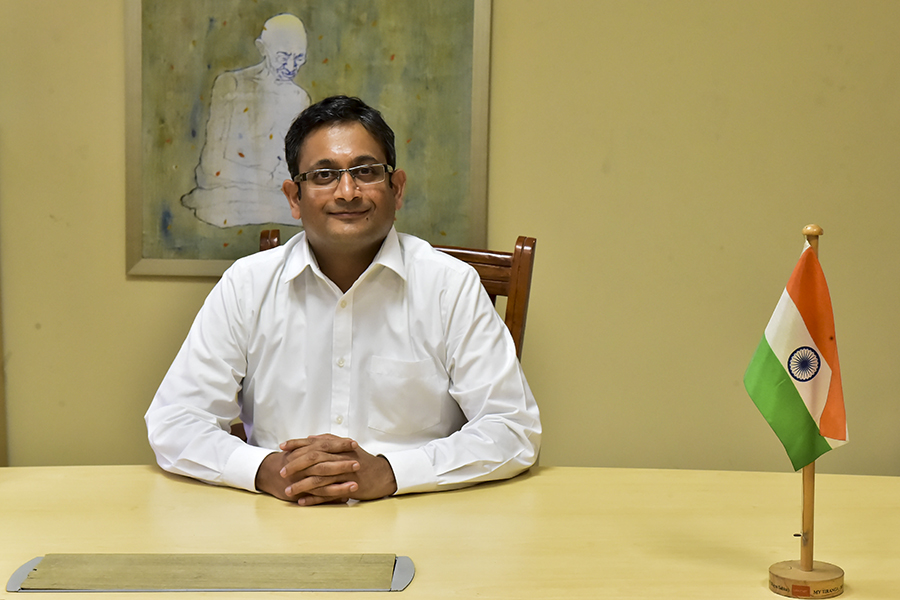 As the number of Covid-19 cases subside in India after the second wave, most of the states have started gearing up for a possible third wave. Karnataka is among the top 10 states to have administered the highest number of vaccine doses so far. In a conversation with Forbes India, PS Harsha, commissioner, Department of Information and Public Relations, Karnataka, and nodal officer for setting up Covid-19 hospitals, talks about preparing for the next wave, the role of corporates, and his learnings from the previous pandemic waves. Edited excerpts:Q. How is the Karnataka government gearing up for a likely third wave of the pandemic? We’ve taken stock of all the Neonatal Intensive Care Units (NICUs) and have done a thorough audit of what can be upgraded in the government infrastructure. For example, there is Indira Gandhi Children's Hospital, and efforts are underway to upgrade the number of critical care beds there. We’ve ensured that oxygen infrastructure is up to the mark and we are not taken by surprise. Recently, one of our corporate sponsors, Lowe's India, committed to donate an on-site generator that supplies 500 litres of oxygen per minute. With such initiatives, a lot of critical gaps in the infrastructure are being addressed.

But the major challenge is finding the sufficient number of paediatricians and neonatologists. A lot of training has been planned for those who are practicing general medicine on how to treat paediatric age groups if there is a third wave, which will most likely affect children. Q. How many people have been vaccinated in Karnataka? Have you seen any vaccine hesitancy? As of July 12, 2,58,76,280 vaccine doses have been administered in Karnataka. Initially, due to a lot of rumour mongering, there was vaccine hesitancy. But now, I don't see much of hesitancy on the whole. We used the print media, TV and hoardings to promote vaccination drives. But, more importantly, reassurance from religious leaders, celebrities, and local district administrations that interact with people on a daily basis, helped in convincing people, even in rural areas. Hopefully, we'll be able to get the entire population vaccinated in a very short span of time.Q. How did the corporates in the state step up to help during the pandemic? They have played a major role. When I was appointed as a nodal officer in April 2020, there were two challenges: Where to find resources, and how to fill the gap. When I looked at government resources, we had a lot of constraints of floating tenders; it would have taken a lot of time. That's when corporates stepped in. My team reached out to all possible corporate groups; many were very enthusiastic and reached out to us. I put together a team to assess government infrastructure, and roped in the Indian Institute of Architects for pro-bono assessments of existing infrastructure. We pulled in a bunch of experts from health care infrastructure to identify gaps there. We went out to corporates and listed two things: Infrastructure challenges and human resource challenges. The corporates helped with critical care beds, oxygen concentrators, oxygen supply, and so on. Some of them took on the cost of vaccinating roadside vendors, Metro Rail workers, the poor and needy. With their help, we are handling the situation in a much more prepared way, and our critical infrastructure has been beefed up. Where the human resource gap in government hospitals was concerned, it was very difficult to find solutions because recruitments don't happen overnight. This is where the Azim Premji Foundation helped, and is funding the HR teams for around 10 hospitals in Bengaluru. Doctors for You and LabourNet helped with expert teams, and charged some basic costs. I think this is the first example in the country where infrastructure and human resource gaps were filled. This translated into better care for patients and faster delivery of services. Q. What are your learnings from the first and second wave of the pandemic? The learnings are huge. Number one: Despite whatever we have done so far, the health infrastructure in the country needs to add numbers in a consistent way, and it should not be a knee-jerk reaction. Pandemics, which come in waves, put severe stress on the health infrastructure. So we have to increase this infrastructure manifold, and in a regular manner. Number two: Human resources. We need to do audits of every state, every district and every town about how many professionals are required. And correspondingly, we should be proactive about giving them proper pay packages, adequate protection, and so on. Number three: Awareness levels. A majority of people died because they didn't know the seriousness of the condition and where they should go for treatment; they didn't know that they should keep monitoring their oxygen saturation level, rather than going to 20 hospitals. We have to majorly increase our health infrastructure, plug in the human resource challenges, and educate the population. Q. You were earlier posted as the police commissioner of Mangaluru, and was transferred to your current position after some conflict. What happened at Mangaluru? Mangaluru is a communally charged city. When I was police commissioner there, there was a massive build-up of communal passions. In one such build-up, things got out of hand. A lot of inter-state criminals came to Mangaluru city, and we had to use firepower to control the situation. A few people link my transfer to this incident, but I spent a good time there, even after the incident. I’m very happy that the state stood strong, despite some vested interests from across the country.