The near future looks challenging for an already struggling industry, freshly hit by the halts caused by Covid-19 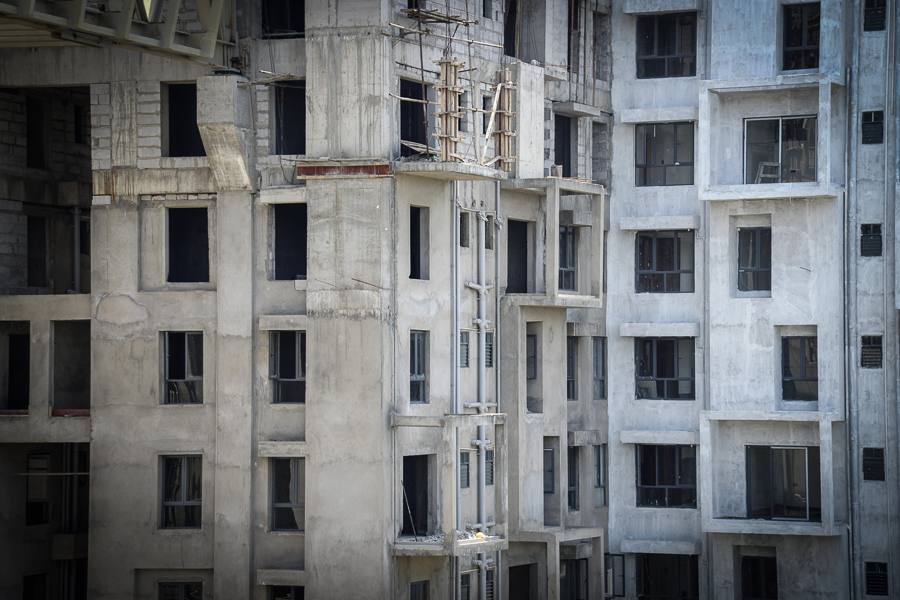 Ghost towns across the country narrate a tale of sorrow for residential real estate—of stalled projects, a liquidity crunch, investors running away from residential realty, developers even being taken to bankruptcy court by buyers and lenders. The going has become tougher for developers, as lending shrunk by 31 percent during the 2019 calendar year, shows data compiled by Propstack, a real-estate data platform. With the onslaught of novel coronavirus pandemic, construction has come to a halt, further affecting developers substantially. In 2019, bank lenders and non-banking financial companies (NBFCs) together lent Rs 1.27 lakh crore to developers, the lowest in five years, whereas lending had been on an upward curve since 2015. (See chart) 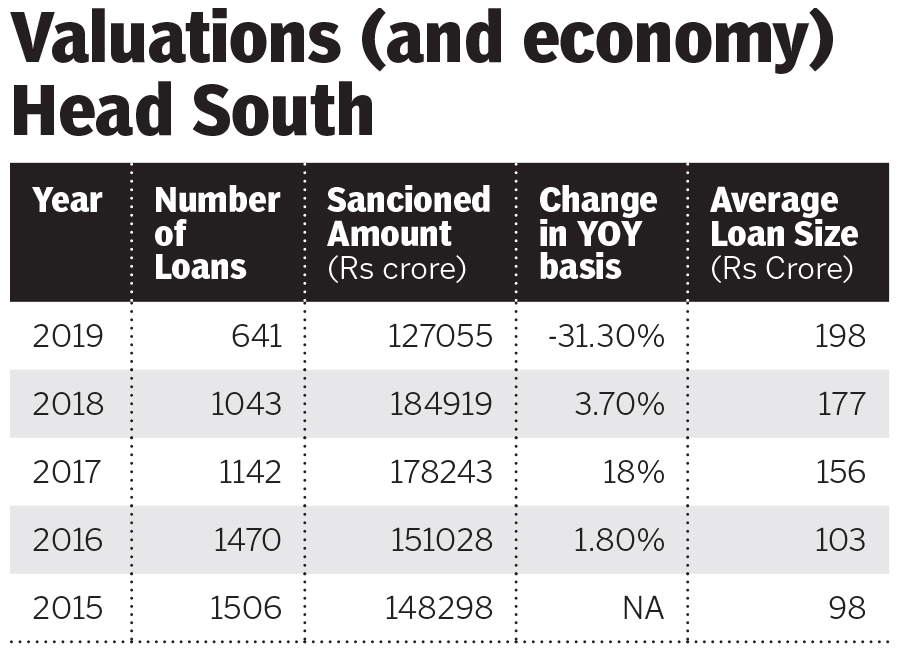 A look at the data stack indicates that the number of loans given out to real estate developers have shrunk in size too. In 2015, financial institutions gave out nearly 1,506 loans, with an average ticket size of Rs 98 crore. Since then, with consolidation and a few big players emerging in the ecosystem, the rules of the game have changed. In 2109, financial institutions gave 641 loans with average ticket sizes of nearly Rs 198 crore. “Projects that are about 70 percent complete have lenders looking to refinance them but those are that are new are finding it challenging to raise capital,” says Sandeep Reddy, founder of Propstack.  Soon, the interest cost charged by certain NBFCs on loans that they are providing could also snowball into a cause of concern. Forbes India has accessed loan charge records that show that in August 2019, a listed NBFC lent Rs 46 crore at 24 percent interest for a period of 8 months to a Mumbai developer. The 18-20 percent interest cost is becoming a regular feature, which puts a question mark on whether developers can pay up and survive through these times; especially when construction has come to a complete halt and sales are close to negligible.  According to a recent report by Anarock Properties, a property consulting firm, around 45,200 units were sold in Q1 2020—a significant decline of 42 percent year-on-year and of 24 percent over the preceding quarter, due to the Covid-19 pandemic. The NCR (National Capital Region), MMR (Mumbai Metropolitan Region), Bengaluru and Pune markets together accounted for 84% of the sales in the first quarter of the year. A fortnight ago in his research note, Prashant Thakur, director and head of research at Anarock, wrote that apart from a slowdown in sales, consumers will face delivery delay too. “Further analysis reveals that of the 15.62 lakh units under construction, nearly 57% (or nearly 8.90 lakh units) are in MMR and NCR alone. Both these regions already have a backlog of lakhs of delayed/stalled units. With construction activity almost coming to a standstill, homebuyers will have to brace themselves for another wave of delayed project deliveries.” Since shadow banking firm IL&FS collapsed in 2018, real estate has been under the hammer. The fall in lending is also reflective of the same, but there was a time when Indian real estate ecosystem had buoyant private equity capital, which has now vanished too.  “Residential realty funds are a rare commodity now, as only a handful of them are still doing residential deals. A bulk of the capital is now chasing commercial assets,” says Ambar Maheshwari, chief executive officer (private equity) at Indiabulls Asset Management, which runs a clutch of realty funds. Since the financial crisis, realty funds are now opting for funds with ‘last in first out’ clause, which means an investor will provide last mile capital to complete the project but it will have the first access to cash from the sales. According to the marketing document of realty residential fund of IIFL Asset Management accessed by Forbes India, which was launched in September 2019, was looking to raise and deploy Rs 1,500 crore across nine projects. With lenders and home buyers dragging developers to courts, funds do not want to be mired in such cases, which deters rescue financing deals. There are multiple cases across India where vintage realty funds are stuck in legal cases, with no visibility on exits. While the residential realty fund universe has shrunk, developers have largely been left to fend for themselves, and banks have been lending to private equity funds who own commercial realty assets at lending rates as low as 8.25 percent. Lease rental discounting (LRDs) is a concept where someone who owns a rental yielding asset raises money against the rent from the banks. In 2017, LRDs constituted 13.8 percent of the real estate loan universe; in 2019, it stands at 21.7 percent. Term loans and debentures have seen a steady fall over these years. The rates in LRDs is so competitive that most times, these deals are done by state banks and very few large NBFCs. Srini Sriniwasan, managing director at Kotak Investment Advisors, says, “At present, alternate investment funds (AIFs) are not allowed to purchase these non-performing asset (NPA) loans of developers. But if they are, the funds can take over these stressed projects and provide additional capital.” Sriniwasan adds, “Any project stuck over the past three years will be difficult to complete; such projects need to be grouped and sold off, allowing AIFs and specialists to take over.” This brings forth the question: If no one is keen to invest in residential developers, preferring commercial asset ownership, how will Indian real estate shape up in the future?

Tweets by @forbes_india
World Health Day: A look at significant medical developments in history
Home is the hangout