Dealing with death and financial mess? This CA will help you free of cost

With a surge of deaths during the second Covid wave, Rishabh Parakh is helping a number of families sort out complex paperwork 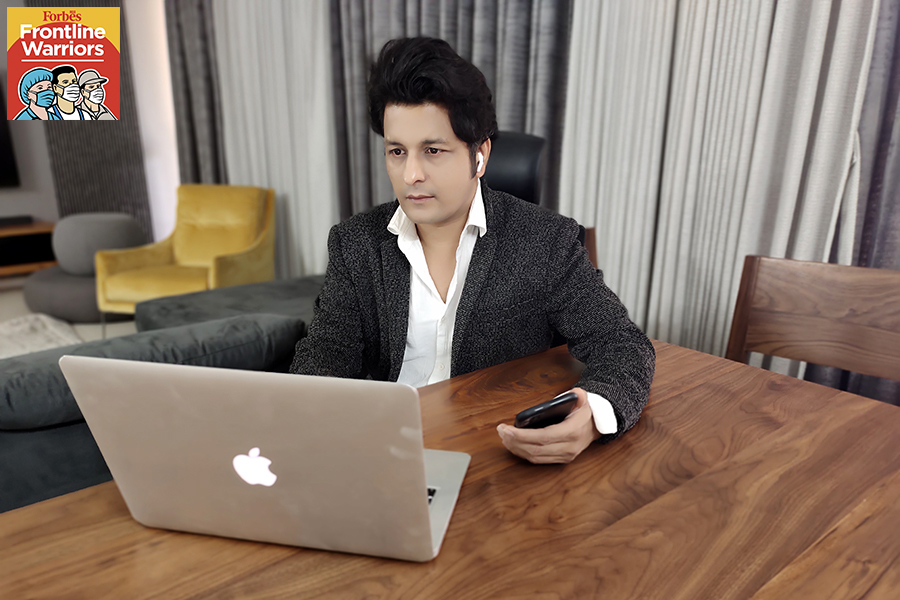 In April, Rishabh Parakh was contacted by a woman who had lost her husband to cancer. Along with the intense grief, she also found herself having to handle complex financial matters. Worried, she contacted Parakh, a chartered accountant, to help her out with the lengthy procedure. It was then that Parakh realised the plight of thousands of families, especially during this pandemic, who have to be hard-nosed enough to secure their futures while, simultaneously, going through personal tragedies. The 39-year-old launched ‘AskRishabh' on YouTube and ‘Mission Care’ on WhatsApp to help these families sort out their financial tangles free of cost.   Another incident also acted as a trigger for Parekh to understand the multi-pronged dilemma that these families are facing. “Recently, my oldest client passed away. He came to visit me a month and a half ago and shared his happiness with my progress. I just got a phone call informing me of his demise; I couldn’t even meet him one last time. His son was in Dubai, unable to handle most proceedings from there, so I am currently helping the family through paperwork,” he says.   “During the first wave, the number of Covid-19 deaths were just statistics. In the second wave, they are known faces. This hit me hard,” Parakh further says. “Then, I started wondering about the children who lost their parents. Not only is it a massive emotional trauma, but most family members don’t understand or are even aware of financial investments. In India, people don’t discuss money with family.”

One of the reasons why financial matters post-mortem are an issue is because wills as a concept are primarily for the ‘super rich’, feels Parakh. “If there is one, it’s smooth sailing. But 95 percent of people don’t have it,” he says. “Worse yet, for most, the nominations are missing. Without nominations, children need to procure a legal heir succession certificate and carry out other legal necessities. People who are already dealing with the loss of a loved one have to run from pillar to post.” Therefore, Parakh and team decided to step in with the objective of handling the transition and transfer of assets in an easy manner, saving families precious time and stress. They help people get things done in time, which is important because there is a timeline to follow when it comes to life insurance, health insurance claims or the transfer of employment benefits.Although his company, NRP Capitals, is based in Pune, Parakh is determined not to let geographical barriers get in the way of help. Most of the work is handled remotely over phone calls, but 5-7 percent cases are handled physically, in case the proceedings cannot be finalised online. His services include distribution of financial services like mutual funds, life and health insurance and income tax filing for the deceased. While the first wave only brought 5-10 queries per month, mostly from personal contacts, during the second wave, demand has increased exponentially, he says. Parakh’s team now helps 25-30 people per month. How long a case takes to resolve depends on the paperwork the family has available. “Usually, cases take a few weeks or months to resolve. Nothing can happen with a single phone call,” Parakh says.  About 60-70 percent of people who contact them are from the bottom rungs of the economic pyramid, and have additional issues to fix. “Most don’t even have the basic documentation necessary to get transfers verified or loans issued. Either that, or they don’t understand investments or finance, so it’s very difficult to coordinate with them. Moreover, we’ve found that their priorities lie in getting food on the table or footing the electricity bill, rather than get their finances sorted,” Parakh says.  As of now, Parakh and his team have the bandwidth to handle all cases. But prioritisation mainly depends on the timeline and financial background of the client. “A relatively financially-stable person’s case is deferred to a later date,” Parakh says, “The needy are prioritised. In case of timelines, they become very important while dealing with medical and health insurance. Life insurance usually gives you three months to launch the claim, but health insurance has a much shorter deadline.”   Parakh asks his clients to have a few essentials ready: An active mobile number and details of the deceased’s email and bank account, which help them obtain a multitude of other data. They also require as many copies of the death certificate as possible, since “that is the first thing any ministry or organisation will ask you for”. Parakh encourages anyone who needs financial help to message him on WhatsApp at 913003344 or 8999866355 or on social media.

Tweets by @forbes_india
Photo of the day: Move to a safer place
Among India's 100 Most Admired Brands in Education By White Page International - Kaziranga University