Medical Oxygen for All, a group of former BITS-Pilani batchmates from India and abroad, source and deliver oxygen concentrators to districts with limited infrastructure and zero limelight 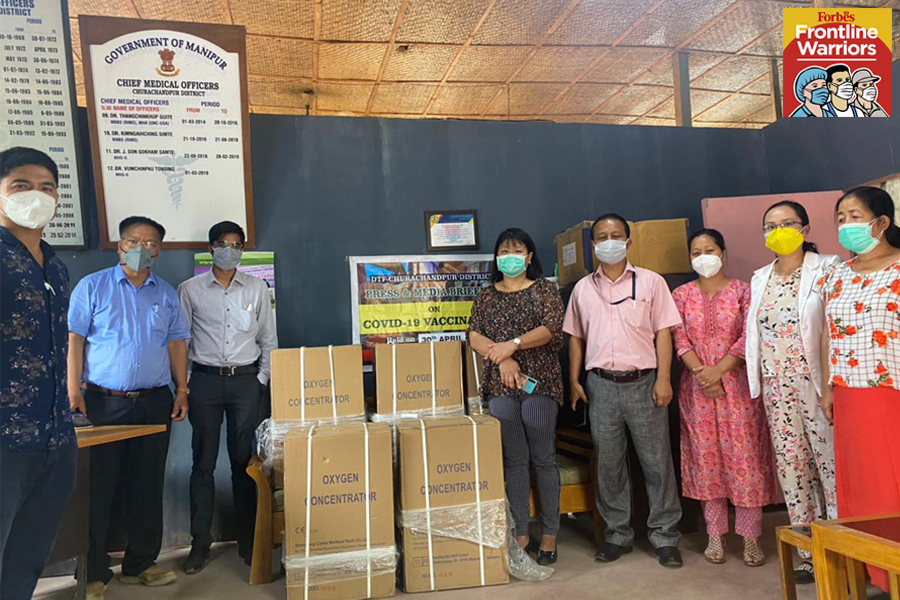 Ten oxygen concentrators and 3BiPAP machines being handed over to Dr Vumchinpau Tonsing (second from left), the chief medical officer of Manipur's Churachandpur district, with the support of Rahul Pandey (third from left), the additional district collector

Around the time the second Covid-19 wave was sweeping across metros, Dhruv Sogani and a few of his former batchmates from BITS-Pilani sensed how its perils, now rippling through the villages, could soon surge into a tsunami. “Semi-urban, rural districts had scant medical facilities, yet weren’t being spoken about in the mainstream media,” says the 32-year-old founder of AlmaConnect, an alumni networking platform. “Five of us wanted to set that right. We wanted to address the oxygen shortfall, but in locations where oxygen concentrators either won’t reach, or land up so late that a tragedy would have unfolded already.”

Reaching out to districts under the radar, though, was far easier said than done, especially when three among the five lived in Australia and the rest in urban centres. So, the team—christened Medical Oxygen For All (MOfA)—decided to tap into its BITS network and connect with classmates posted as district collectors in remote regions. “The idea was to assess the on-ground situation, and operate through people who knew the district well and would deploy resources properly,” says Sogani. Their friends confirmed their worst fears: Rural India was staring down the barrel, and oxygen concentrators needed to be shipped urgently.

MOfA zeroed in on four districts—Kothagudem in Telangana, Almora in Uttarakhand, Hooghly in Bengal and Jharkhand’s Hazaribagh—for its pilot run, and split itself into small teams with specific focus areas. By then, their numbers started to swell, as friends and friends of friends joined. “We began operating like a startup,” says Sogani. “Now we are a team of 25 working across time zones and over 55 WhatsApp groups.”

Four people based in Australia were assigned the task of fundraising, another four with procurement, some others looked after logistics, while a fourth team mapped demand. “We had specific metrics of procurement too: Quality (only branded products), availability (time is of essence) and price.” Once orders started to go out, a monitoring team was put in place for post-deployment feedback.

One of MOfA’s first orders was placed with a supplier of oxygen concentrators in Delhi and had to be delivered to Agra. A friend of Sogani, who worked with a car selling platform, sent across one of their vehicles with a driver to pick it up and drop it at the destination. “Initially, we had to work out every single detail of the supply line,” he says.

In over a month, the team has covered 59 districts, delivering 718 units of concentrators (costing Rs85,000 on an average) and BiPaP machines to district hospitals and community health centres. Another 100 concentrators are on their way to be delivered to eight districts—in the Northeast and one in Kargil. An internal team, over a 4.30 pm call every day, decides on their allocation based on Covid forecast data (which identifies areas that will see a surge) and interactions with collectors, police superintendents and health officers.

During this time, they have raised over Rs11 crore, 80 percent of which came through a GoFundMe campaign in Australia and from the country’s technology entrepreneurs. “We reached A$120,000 in four days, that gave us an indication of the amount of money we can raise. We later did a crowdfunding campaign through Milaap in India and raised about Rs1 crore locally too,” says Sogani. The foreign funds were routed into India through an FCRA-compliant NGO, The Ability People, based in Visakhapatnam.

MOfA sources the machines from manufacturers in the US, China and Australia, besides India, and brings them into the country through an importing company. Following customs clearance, they are moved to a Delhi warehouse from where they are packed off to respective locations through multiple logistics partners. “Most of them work with us for free,” says Sogani. There were early hitches, of course. The deal with a US-based supplier who promised 1,000 units, with 100 to be delivered every two days, fell through. “It taught us not to put our eggs in one basket.”

A large part of MOfA’s responsibility is to race against time, and reach the supplies to hospitals before crisis strikes. “One of our biggest successes is to airlift concentrators from China and help them reach Churachandpur in Manipur within two days.” 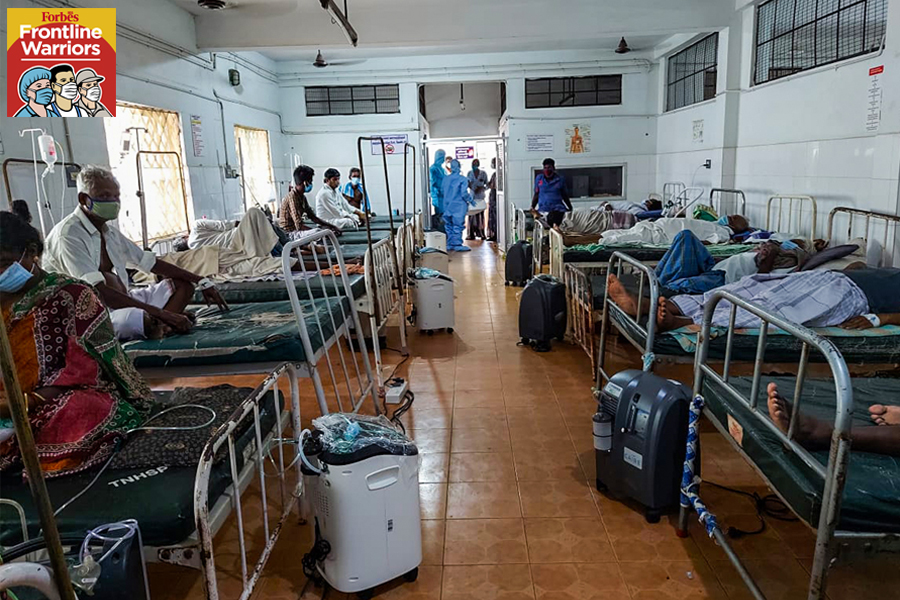 One of their consignments headed for Pithoragarh in Uttarakhand, an area that saw a rapid surge of cases, was caught in a cloudburst and the resultant landslide. “The driver was stuck for 72 hours,” says Sogani. “Such was the urgency that the district administration had offered to send a pick-up even by foot. In the end, the road was cleared on time.”

In the trail of the death and devastation that the second wave brought in, MOfA doesn’t really bask in a sense of achievement. But there is one moment Sogani would like to recall that left all of them overwhelmed. Their third consignment was sent to Chamarajanagar in Karnataka a day after 24 people died in the district for want of oxygen. “After the units landed, we received a message from the collector, saying had they reached a couple of hours later, five more people would have been dead,” says Sogani. “It’s not an achievement, but it kind of reinforced the belief in us. Every life saved is precious.”