Production house aims to inoculate 30,000 technicians and crew members in phases so that the show goes on after the industry gets the go-ahead to resume shoots 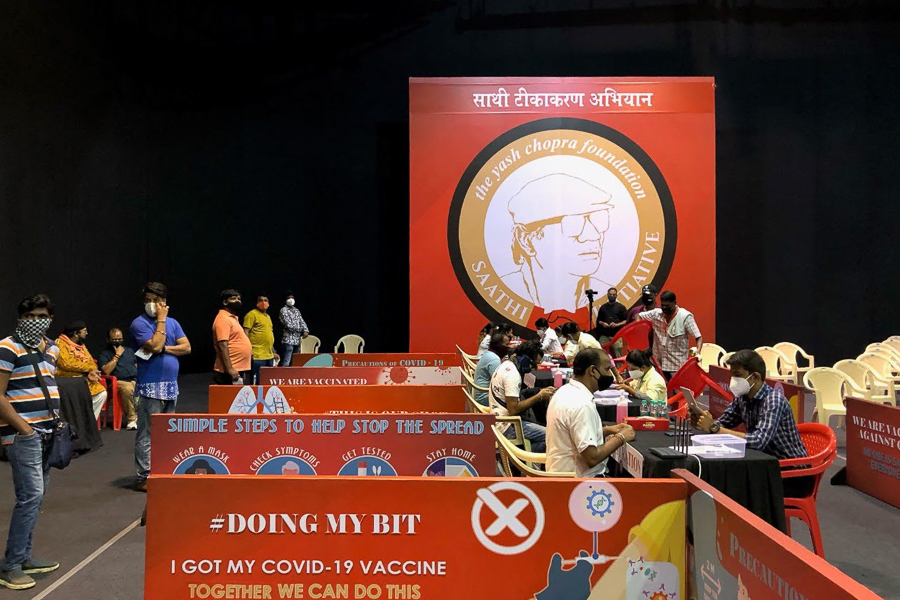 At a time when the film industry is waiting for resumption of business, Yash Raj Films (YRF) has started vaccinating members of the fraternity. The leading production house on Tuesday opened its studios for the first phase of the drive in which it plans to inoculate about 4,000 workers. Last month, YRF had pledged to sponsor Covid-19 vaccinations for 30,000 registered members of the Federation of Western India Cine Employees. Apart from ensuring the well-being of technicians and daily-wage workers of a film crew, the drive will also enable them to resume work in full swing once the industry gets the go-ahead from the government. Currently, although lockdown restrictions have been eased in several parts of the country, shootings have come to a halt and theatres remain shut.

The second wave of the coronavirus proved to be a debilitating blow for the film industry. Theatres had reopened—with restricted seating capacity—last October, but they had to be shuttered again this April due to the unexpected surge in cases across India. YRF has films such as the Rani Mukerji-starrer Bunty Aur Babli 2 and Ranveer Singh’s Jayeshbhai Jordaar lined up for release in 2021. 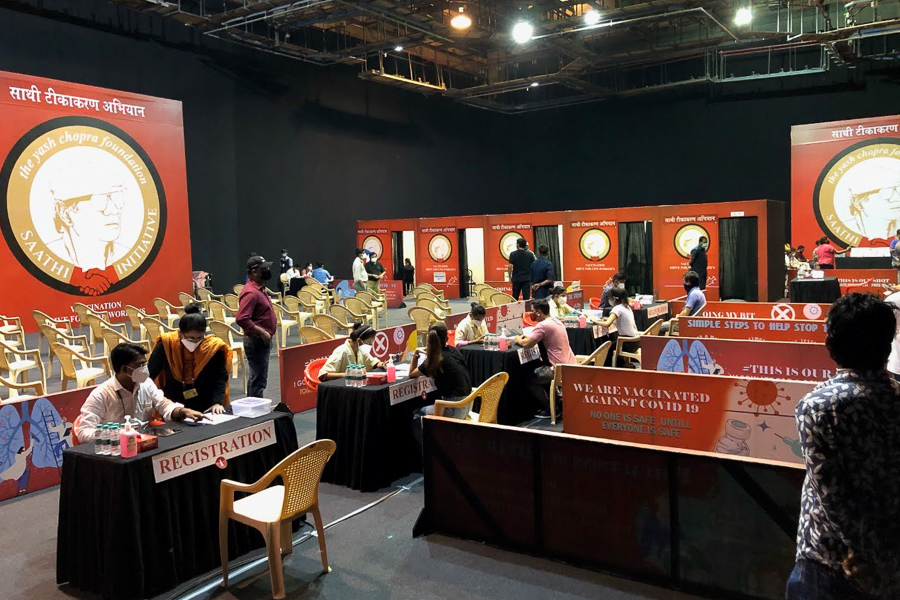 The production house vaccinated its staff members before opening up inoculations for the fraternity. “After inoculating all employees at YRF, we started vaccinating the crew members of our films. This will help our daily-wage earners to return to work, and provide financial stability for themselves and their families,” says Akshaye Widhani, senior vice president at YRF. He explains the drive will take place in phases given the number of vials that will be required to vaccinate such a large group of people. “We would be able to inoculate at least 3,500 to 4,000 people in the first phase. YRF is committed to provide a helping hand in restarting the industry that has been hit hard by the pandemic,” he adds.  YRF honcho Aditya Chopra in May even rolled out the ‘Yash Chopra Saathi Initiative’ to financially assist daily-wage earners of the Hindi film industry whose earnings have stopped due to absence of work. As part of the initiative, there will be a direct benefit transfer of Rs 5,000 to women and senior citizens, while ration kits will be distributed to workers for a family of four for an entire month through NGO partner Youth Feed India. In 2020, the production house turned 50. However, taking into account the impact of the pandemic, Chopra diverted funds meant for YRF’s golden jubilee celebrations to Covid-relief work, mostly to assist the film industry and its members who were battling for survival.

Tweets by @forbes_india
Old friends join hands to reach oxygen to forgotten corners
Photo of the day: Back to work