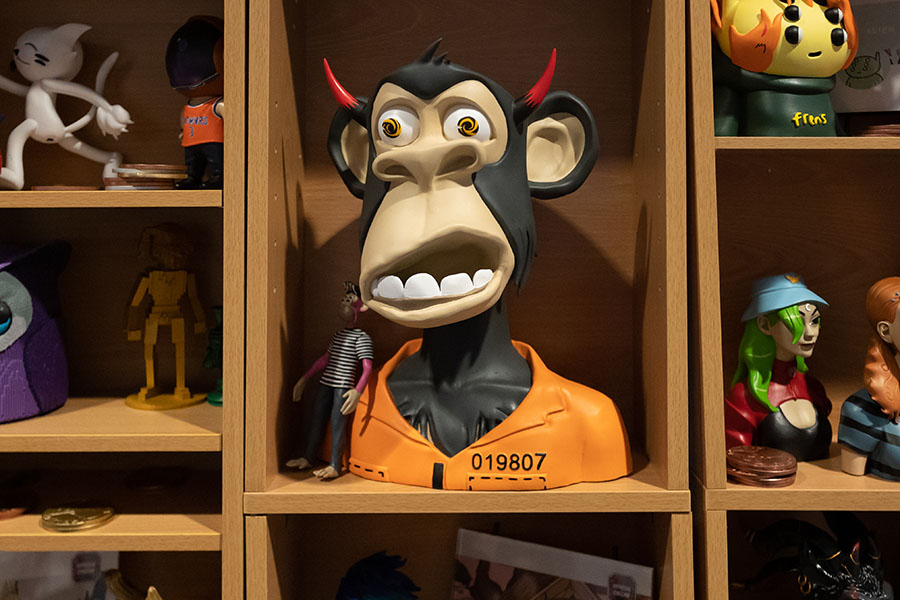 Wylie Aronow, a co-founder of Bore Ape Yacht Club, suggested a new NFT creator royalties model in a blog post co-signed by two more BAYC co-founders, Greg Solano and Kerem Atalay, on November 8. The blog post revealed that they regard creator royalties as 'the single most important factor that brought them [creators and artists] into the ecosystem.'

Yuga Labs and 10KTF have proposed an allowlist model. It will allow creators only to approve secondary trades through royalty-paying marketplaces. Notably, 10KTF is a digital 'tailor.' It creates fashion for NFT avatars. With this initiative, a transaction will take place only if a marketplace's smart contract is on the list. The Bored Ape heads were responding to an announcement made by OpenSea on November 6. The announcement revealed that the NFT marketplace plans to launch a new NFT enforcement feature. This feature will allow creators to set their royalties.

The blog post by Wylie read, "We’ve been talking about this a lot lately. Internally, with friends, and with other NFT founders. And after discussing with Melonpan over at 10KTF, we landed on a potential path forward together…We think so, in the form of an allowlist that allows trading between normal wallets (also known as externally owned accounts or EOAs) and specifically allows marketplaces that respect royalties."
A basic version of how this model would work was explained by the co-founders in the blog post. The first step is to determine whether the wallet making the transfer request is a regular wallet or a smart contract. The founders pointed out that when the Bored Ape Yacht Club launched in 2021 at a price of around $220 in Ethereum per token, Yuga set a 2.5 percent creator royalty on secondary sales. This was because that's what OpenSea charged for its own marketplace fee. It's lower than many other NFT creators' royalty fees, which typically range between 5 percent and 10 percent of the sale price.

The BAYC founders acknowledge that this model has trade-offs. They cited allowlist maintenance and a higher barrier to entry for new marketplaces. However, this allowlist is currently relatively small. It is worth noting here that free wallet-to-wallet transfers would be possible under this model. In this context, the BAYC co-founders said, "People need to be able to move assets from wallet to wallet. For privacy reasons, for security reasons and to respond to hacks, etc., or just because they fucking want to and because the whole point of this space is asset ownership."
In a November 8 tweet, popular NFT artist Mike Winkelmann, known as Beeple, praised BAYC's new move. He applauded it as a great way to protect creator royalties.