Sam Bankman-Fried pleads not guilty in the federal court

Prosecutors accuse him of stealing billions of dollars in customer funds from FTX and defrauding investors and lenders to his trading firm, Alameda Research 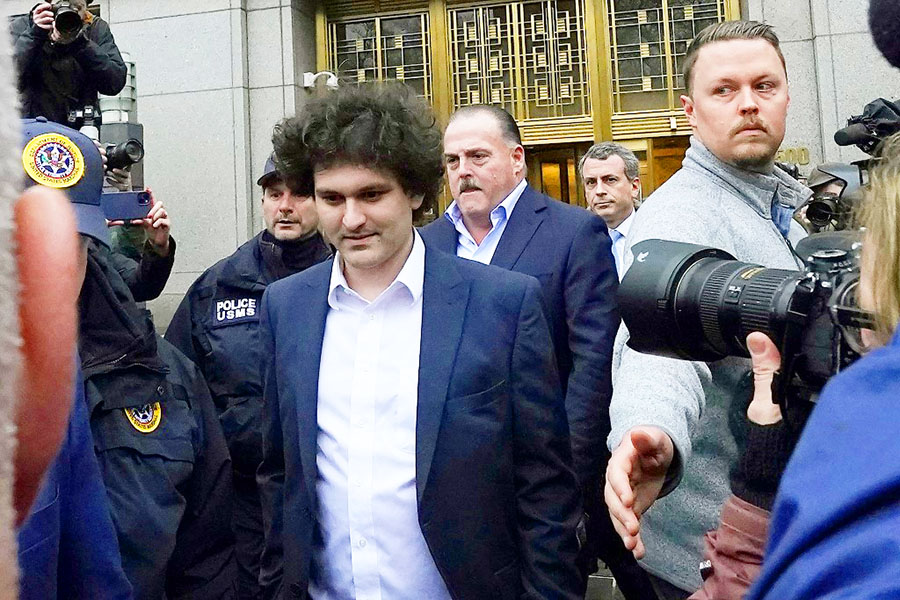 Photo by TIMOTHY A. CLARY / AFP
On January 3, FTX founder Sam Bankman-Fried pleaded not guilty in a court of law to fraud and other criminal charges against him. Bankman-Fried has denied charges that he illegally diverted large sums of money from FTX to make lavish real estate purchases, donate money to politicians, and engage in risky trades at Alameda Research, his crypto hedge fund trading firm.
The 30-year-old entrepreneur was arraigned in federal court in Manhattan on Tuesday, surrounded by attorneys and his mother, Barbara Fried, who sat behind him. Attorney Mark Cohen entered a not-guilty plea on all counts. Bankman-Fried will appear before U.S. District Judge Lewis Kaplan in Manhattan at 2 p.m. EST (1900 GMT).
Notably, prosecutors have accused him of stealing billions of dollars in customer funds from FTX and defrauding investors and lenders to his trading firm, Alameda Research. Prosecutors said he also violated campaign finance contribution limits and reporting requirements by making millions of dollars in illegal political contributions funded by Alameda.
Earlier in the day, Bankman-Fried's lawyers filed a motion. The motion aims to seal the names of two individuals who had guaranteed Bankman-Fried's release on bail with a bond. They claimed that the public exposure of the case had already put Bankman-Fried's parents at risk. They also said that the guarantors should not be subjected to the same scrutiny. Kaplan granted the motion in court.
Following Bankman-Fried's plea of not guilty, the judge discussed with lawyers a timeline for proceeding to trial, setting April dates for defence lawyers to submit arguments challenging the charges' validity and for prosecutors to respond. The date for the oral arguments has been set for May 18. Assistant U.S. Attorney Danielle Sassoon told the judge that the October trial would last four weeks. Meanwhile, Bankman-Fried's lawyer Mark Cohen estimated it would last two to three weeks.
Following his extradition last month from the Bahamas, Bankman-Fried has been released on a $250 million bond. Bankman-Fried's bail was also conditional on him not accessing or transferring any crypto or other assets from FTX or Alameda, according to Judge Lewis Kaplan.
Shashank is founder at yMedia. He ventured into crypto in 2013 and is an ETH maximalist. Twitter: @bhardwajshash

Tweets by @forbesindia
Photo of the day: World Braille Day
New Year brings a joint statement by the US federal agencies on crypto safety