The e₹ will be available in wholesale and retail versions. Each version will serve distinct purposes 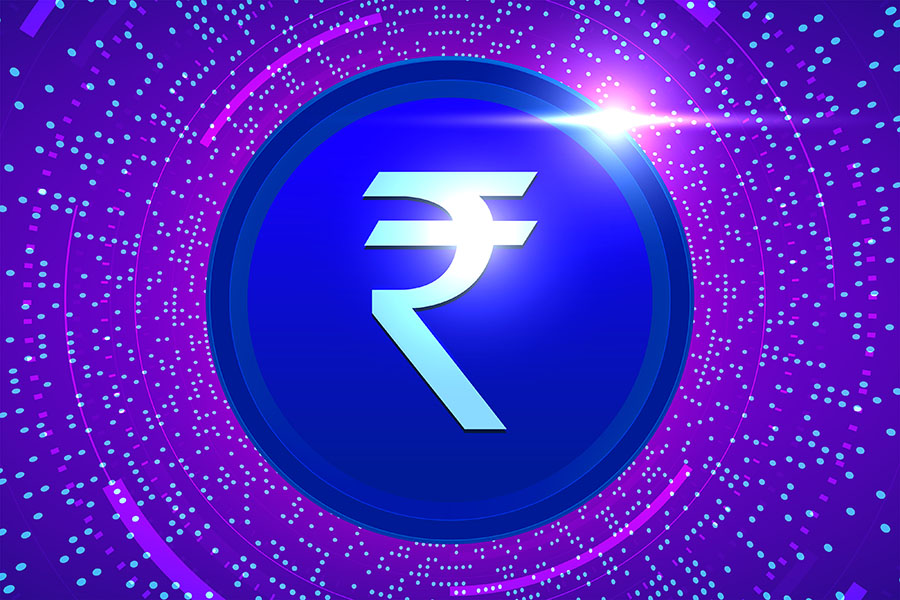 The Reserve Bank of India (RBI) announced on Friday that limited pilot launches of the much-anticipated e₹ or central bank digital currency (CBDC) would begin soon. The pilot will initially be aimed at specific use cases of the proposed CBDC. RBI released a 51-page 'concept note' on the Central Bank Digital Currency on October 7, 2022. It explained the features and purpose of India's very own digital currency. The concept note basically outlined India's central bank's vision for the e₹. It is a digital version of the rupee. The RBI described the objectives, choices, benefits, and risks of issuing a CBDC in India in the concept note. The Central Bank further added that it has been researching the pros and cons of introducing a central bank digital currency for some time. It also explained its rationale for implementing a CBDC. The concept note also throws light on how e₹ will be tested in distinct phases. RBI's statement in the concept note read, "The e₹ will provide an additional option to the currently available forms of money. It is substantially not different from banknotes, but being digital, it is likely to be easier, faster and cheaper. It also has all the transactional benefits of other forms of digital money." The document is the first comprehensive report produced by the RBI's Fintech Department. This department was established in January 2022. It is responsible for developing crypto regulations and establishing a central bank digital currency. The concept note from the central bank emphasised the importance of identifying innovative methods and compelling use cases that will make CBDC as attractive as cash, if not more. The note aims to explain the CBDC's technology, design choices, potential applications, and issuance mechanisms, among other things. It also investigated the implications of CBDC implementation on the banking system, monetary policy, financial stability, and privacy issues. The e₹ will be available in two versions. The versions are: wholesale for interbank settlements and retail for the general public. It is worth noting here that commercial banks can distribute digital currency further even though it will be issued by the RBI. Retail CBDC can be used by all. It means the private sector, non-financial consumers, and businesses can use retail CBDC. Meanwhile, the wholesale CBDC is designed for restricted access to select financial institutions. RBI said in the concept note, "It is believed that retail CBDC can provide access to safe money for payment and settlement as it is a direct liability of the central bank. Wholesale CBDC has the potential to transform settlement systems for financial transactions and make them more efficient and secure. Going by the potential offered by each of them, there may be merit in introducing both CBDC-W and CBDC-R." Multiple technological options will be tested based on the different use cases. The final architecture will be decided based on the results. The note further revealed that the central bank is deliberating on the various aspects of technological choices available. A CBDC is broadly defined by the RBI as a digital legal tender issued by a central bank. CBDCs are intended to supplement, rather than replace, current forms of money. The e₹ is intended to provide users with an additional payment channel. The writer is the founder at yMedia. He ventured into crypto in 2013 and is an ETH maximalist. Twitter: @bhardwajshash

Tweets by @forbesindia
Forbes India 30 Under 30: We are looking for the Class of 2023. Nominate yourself today
Realty Bites: Homebuyers pay a heavy price for incomplete houses