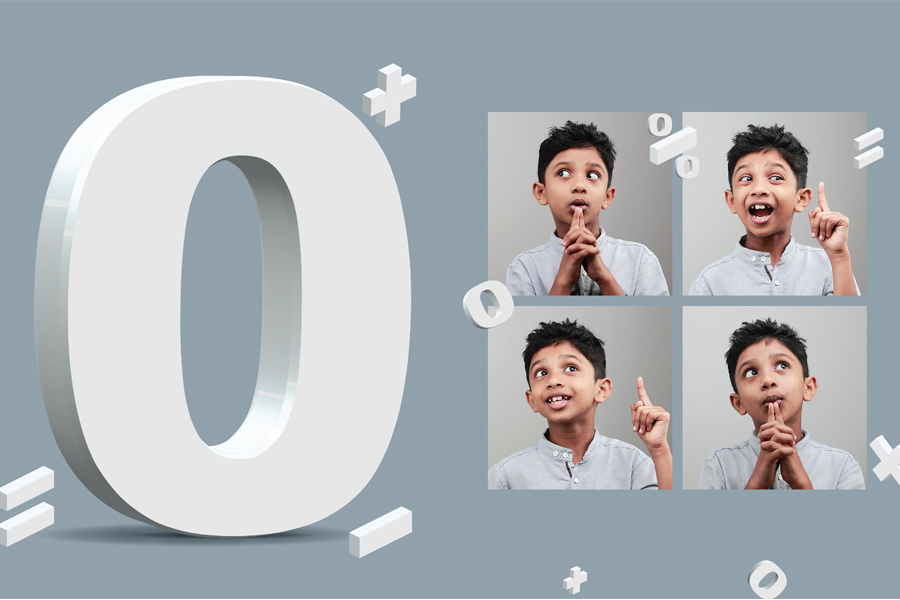 It was an elementary question for 12-year-olds. “Which is the larger number: 0.19 or 0.2?” Manan Khurma, an IIT alumnus who started math edtech startup Cuemath in 2013, posed it to a bunch of chirpy eight graders in Bengaluru. Most of the replies were unexpected, and alarming. “If they are picking 0.19 over 0.2, then there is something fundamentally wrong,” he mused. But what stunned Khurma most was something else. Decimals as a concept is introduced to the kids when they are in fourth grade. Getting a wrong reply to a question meant for fourth or fifth graders at most was disturbing.

Five years later in Jamshedpur, Mahesh Singh, an HR professional, discovered something else equally disconcerting. His daughter, studying in class VI then, was struggling to solve a simple equation: 3+6x2. She tried multiple times but in vain. The right way is to multiply first and then add. His daughter was adding first. Singh knew the basics was missing. He also knew another stark reality. If the concepts were not made clear to his ward, she would start running away from the subject. “This is what I did when I was in school,” recalls Singh. Mugging up formula, looking to get the right answer even without understanding the questions, and skipping the chapters he couldn’t understand a wee bit, Singh had a troubled relationship with the subject. “I dreaded math. I even bunked the classes,” he recounts. TTwo words, both starting with F, started haunting Singh: Fear and fail. 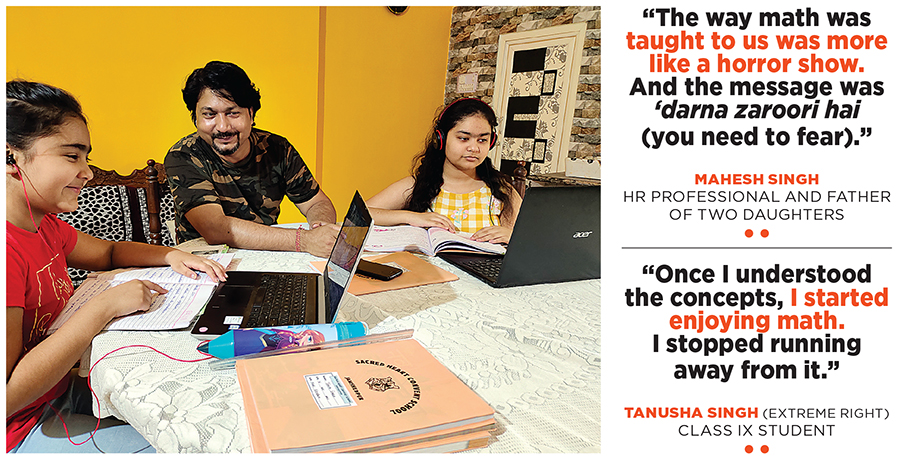 Meanwhile in Jalandhar early this year, Sachin Gulati was trying to kill the ‘F’ factor. “We first need to decode the fear,” he said to a bunch of parents who had come for orientation class of math with their kids studying in grade 8. He too started with a simple question. “What do your kids fear the most,” he asked the anxious parents. After getting all kinds of replies, Gulati shot the right answer. “They fear the known, and the unknown,” he says, adding that both are directly proportional. If students fear the unknown, which means they don’t understand the subject, then they will fear the known, which means the chances of flunking in math becomes high. “The unknown and known feed on each other. It’s a vicious circle,” stresses the founder of bootstrapped venture TruMath.

A bunch of edtech startups, including the ones run by Gulati and Khurma, is trying to break the vicious circle of ‘known’ and ‘unknown’ by taking fear out of math, and making it appealing to students. The idea is simple: Make kids fall in love with the subject which they get introduced to from kindergarten. No emphasis on marks, claims of putting kids into IIT, or getting an engineering seat or promise of transforming the little ones into Albert Einstein. There is no hard-sell except the promise of letting the child enjoy the subject by keeping her curiosity intact.

At Cuemath, Khurma’s main focus is on the basics. “You can’t learn swimming by watching a bunch of YouTube videos,” he says, explaining the approach taken by his startup which has raised over $65 million from marquee backers such as Sequoia, Unitus and Google (Capital G). Math, Khurma underlines, can’t be learnt by watching a teacher solve problems. The students, he says, are guided towards the answer rather than giving them the solution on a platter. “It makes learning more effective,” he contends. A topic like fractions is explained using a birthday cake, while decimals is represented by the money people spend every day. Instead of completing a chapter and moving on to the next, the focus is letting students grasp the concepts by taking their own sweet time. “We make them ask ‘why.’ For long, they have been trained to ask ‘what’,” he says.

For Prerna Jhunjhunwala, the big question was how to engage 3-8 year olds and make math entertaining. The founder of the bootstrapped e-learning startup Creative Galileo found an interesting technique: The toon character ‘Little Singham.’ Though math, she explains, is one of the most interesting subjects, it scares many  children. “We are making learning fun for children where concepts are represented through their favourite characters,” she adds. The idea is to transform numbers into something creative, immersive and interactive. At a young age, Jhunjhunwala points out, children need to learn to create, use number concepts, patterns and skills, and solve problems in a playful fashion. “Teachers need to talk and teach in the language kids understand,” she says.

Aanand Srinivas would agree. “Teachers think their job is to complete the syllabus,” says the co-founder of Bengaluru-based StayQrious, which was started last January. The biggest problem, he points out, is that schools don’t teach children how learning works. “It’s kind of weird, and it’s a blind spot environment,” he says, explaining his point. The blind spot in education is that kids are being asked to learn for 18 years of their life, but are never told how learning works. “It’s kind of imitating a bodybuilder by looking at what he is doing by standing outside the gym,” he says.

There is another deep-rooted problem, which has made math unapproachable. “Parents want instant results, some sort of magical pill for their kids,” says Khurma of Cuemath. The entrepreneur talks about the early part of his innings when he would struggle to get students. Reason: The rewiring phase for any student joining the startup would last for a few months. That’s the time, say six months, when the kids are made to unlearn and start from scratch, he says. But the ‘cooling period’ was not liked by parents, who were used to quick fixes. “That was a big challenge,” he adds.

Back in Jamshedpur, Singh points out another problem. Over the last decade or so in India, math has been either solely identified with engineering or computer science or commerce. “Parents and coaching centres are responsible for this labelling, which has done more harm,” he says. A child should be allowed to enjoy the subject and then take a call of continuing with it. “You might be able to crack the IIT or get into an engineering college by mugging,” he adds. But the real problem starts once you are in. Many of Singh’s friends dropped out of engineering colleges because they couldn’t cope with pressure. It’s only when we stop glamourising Shakuntala Devi and Einstein, he adds, that the numbers will add up.

Tweets by @forbesindia
Photo of the Day: The human cost
Amid Biden climate push, a question looms: Is America's word good?