Dilip Chenoy: We Have Created A Brand India 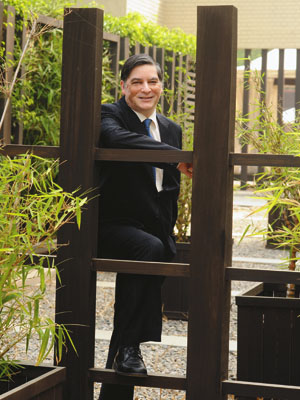 What were some of the difficult moments during your stint at SIAM?
The biggest was to work closely with research communities who came to the table with the perception that the auto industry was responsible for 70-80 percent of the pollution in the country. That has changed a bit. Getting the industry to talk in one voice was another big challenge. Delay of the oil companies to supply oil that was Euro 3 and 4 compliant was also a difficult time.
What would you list as your major achievements?
Raising the profile of Indian auto industry would be the first. We managed to create a Brand India in the sector both inside and outside the country. We worked hard on environmental issues making ‘growth with responsibilities’ as our plank. I think our participation in WP 29 (a global body that deals with global harmonisation of automotive regulations) was a major step and we today are a part of different working groups where we play a role in shaping policies.
SIAM then and now — what’s the journey it covered with you at the helm?
I think the biggest shift has been that SIAM became an outward looking organisation from a body that was very inward looking. In 2005 Finance Minister Chidambaram came for the annual convention. We began inviting speakers from other sectors like Piyush Pandey, Chanda Kochar, and Mukesh Ambani to learn about best practices from them.
We were not just repositioning the Indian auto industry within India, but overseas as well. We began actively participating in global auto bodies like. We helped Indian industry play a role in international regulation making. For example, there is something called motorcycle testing cycle. They had collected data from all over the world (developed world) to test them. But obviously smaller commuter bikes (popular in India) could not meet the criteria. So we collected data and got them to modify the cycle to also include commuter bikes.
What kind of challenges do you see for SIAM ahead?
I think SIAM’s ability to work with multiple stakeholders to arrive at a collective decision on environment and safety is an important [challenge].
Apart from this, it will need to work on alternate fuel and increasing the value addition in India.
What are your plans for your new assignment?
When we were putting together our vision plan for the auto sector, we figured this sector would need 35 million trained people by 2022. There will be enormous shortage of skills in the sector unless we address them. In some sense there is a high link between where I was and where I am today. As the head of NSDC, I have the responsibility to skill 150 million workers by 2022, which is intrinsically linked to nation building as well as to the auto sector.

Tweets by @forbes_india
Jeff Immelt, CEO and Chairman of General Electric: Pushing Change Can Be Unpopular
Learn From the Master Strategist