India can have a vodka future despite a whisky past: Rodney Williams 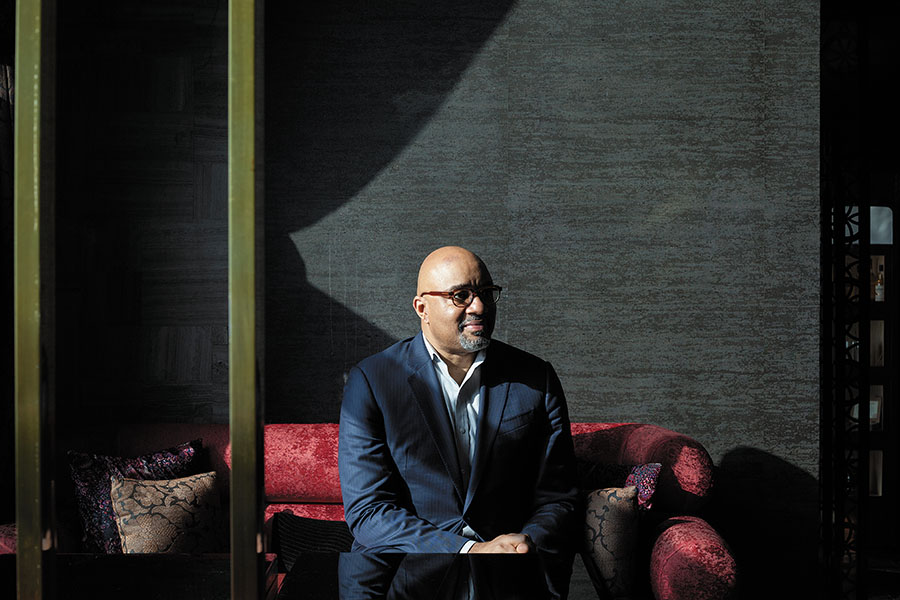 Q. This is the first time that a Belvedere president is visiting India. What brings you here?
The emergence of India as an important market for Belvedere and spirits in general. This country is fascinating for a number of reasons, but none more than the fact that it has one of the largest youth populations in the world. The idea that this will soon be a fount for new creativity and energy coming into the category in terms of cocktails, mixology, and the way people consume alcohol makes India important to us.

Q. India’s known to be a whisky-drinking nation. How does vodka expand its imprint here?
A lot of loyal whisky-drinkers admit to us that vodka has been a bit of an acquired taste. Maybe someone in the family or social circle forced them to drink it. The flavour profile of vodka is really approachable. For many consumers, vodka, and Belvedere in particular, is a gateway into luxury spirits and craftsmanship. We are excited about the possibility of embracing new consumers [in India] who are interested in upgrading their drinking habits as well as others who want to experiment with something new.

One of the things we find in millennials across the globe is that they are open to experimentation. About 10 to 15 years ago, a typical consumer had five key brands as his/her go-to consideration set. Today, it’s 10 to 12. People are open to new categories and we think it’s a huge opportunity to have a vodka future for India even though there has been a whisky past.

Q. How have the consumption patterns of vodka changed over the years?
For many consumers, vodka is where they start. Globally, vodka represents 26 percent of spirits consumption, and in markets like North America it’s 33 percent; it is the biggest category, bigger than all types of whisky combined. What’s happening across all the categories is that there is a rising interest in craftsmanship: Consumers want to know where the product comes from, how it’s created and look for a premiumness in terms of quality. Because Belvedere is all natural—we have no additives, no added sugar, no emulsifier, and it’s gluten-free—the trends have come to where we’ve been all along.

Q. Given that a 700 ml bottle of Belvedere costs ₹4,500 in Delhi and ₹6,174 in Mumbai, how does the alcohol justify its super-premium tag?
Belvedere is made with rye, which imparts more flavour than many other bases, like wheat or corn or potatoes, used for producing vodka. The analogy we’d like to make is that if you were eating a sandwich made of white bread vs rye bread, the latter would impart much more flavour. The same is true in the distillation of vodka as well. What sets us apart is the idea of crafting vodka that imparts taste. For a long time, vodka was considered to be a mixing agent and valued for its neutrality of flavour. If you use rye as a base, vodka can deliver flavours, enhancing the consumption experience. Which is why we think Belvedere consumed neat is fantastic because on its own it can deliver flavour.

Q. What’s your sense of the luxury alcohol market in India?
I am still learning. But I can tell you that the world has gotten much closer because of social media, and the Indian consumer is informed and savvy about it. As a result, the evolution of luxury that we are seeing in many parts of the world is very much in evidence in India. Here, luxury is now less about screaming status and much more about the experience and creating a sense of accessibility and inclusion. The big consideration is, is there quality, is there a real story behind this, is there real justification behind the premiumness of it? And it doesn’t have to be something incredibly expensive to be worthy of appreciation. The Studio B programme [a collaborative art platform] run by Belvedere in India is a great example of that.

Q. Belvedere turned 25 in 2018. What have been some of the key milestones in that journey?
We were the first to introduce the notion of luxury vodka. In the early days of vodka in Poland and Russia, vodka was inexpensive and not so well-crafted. We worked hard to elevate the whole category both in terms of the product quality and the experience. We are the first brand to be dedicated to the super-premium category. We are also among the first to create macerations, where we take whole fruit to produce flavours.

Earlier last year, we launched the single estate series, where we took rye and planted it in two different estates in Poland: One in the north that has harsh winters and the other in the west of Poland, where the weather is milder, like Continental Europe, making rye flavours much stronger in the west than the north. If you’ve never had vodka before and do a blind tasting of the Smogóry Forest and Lake Bartężek, and Belvedere Pure, you can taste the difference in flavours. They won international awards and we are in the process of bringing them to India.

Tweets by @forbes_india
V Resorts: Off the beaten track
There isn't, and there needn't be, such a thing as "Indian photography": Nathaniel Gaskell