Chetan Maini: The 'chalta hai' attitude doesn't work with me 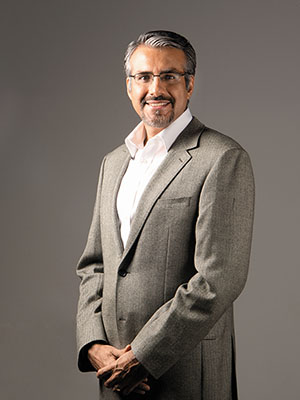 Image: Jyothi Karat for Forbes India
Chetan Maini is the chief strategy and technology officer of Mahindra Reva Electric Vehicles. He built an ecosystem of professionals in the electric vehicles sector at a time when it was not thought of in the country. His early entry in this space allowed him to work with government officials to help structure the policy framework towards electric vehicles. He also holds patents in energy management systems and presents technical and keynote papers on electric vehicles globally

Something that always motivated me was this vision that I had gone to a traffic light in Bangalore and everything was quiet [because it was powered by electricity]. That was so powerful for me right through; of looking at what this future was and what we could do as part of this. This was my own little internal inspiration in this area. In the late 1990s, electric vehicles were supposed to be 2 percent of the cars in California. There was a huge push by the government, tonnes of startups were launched, and there was a whole environment buzzing on electric mobility.


At that point, I was working with an American company called Amerigon (where the Maini Group was a small investor). There, I led a team of over 100 people who were working on electric cars. [President Bill] Clinton had announced a full electric facility, we were making kits there. It was buzzing, and then suddenly the regulation said this was going to go away. So everyone shut shop.

There was a possibility Reva would not have happened because the company shut down; there was no funding available (I sought funding from auto companies, but they weren’t convinced) and I was not an entrepreneur. I was a technologist. I had never got into the financing, marketing or any other aspect of business.

If my dream had to work, I had to put on a different hat. It was very difficult because I did not know if I could raise money. There were so many things going on with me: Moving back to India, I just got married. This was when the family put its weight behind me—both financially and emotionally.

First thing, I recognised that I was good technically, but I did not know business. I spent three days with one of my boss’ friend, who was a Harvard Business School graduate, who gave me business school gyaan. Once someone put it together, I thought, ‘This is so logical.’ Then, I put in practice something I had learnt from my father. If ever I did not know something, I focussed on the area that was my weakest. I was a chassis and electric person, I never knew anything about the body [of the car], but I ended up putting 80 percent of my energy on the body of the vehicle. Over a short period of time, I became a sponge, I just absorbed things. Let me give you an example: In 2001, we launched. We put everything in [the product]. Two years of tremendous hard work: 16-20 hours a day continuously.

There was also a non-technical part of training. In India, there was a lot of chalta hai attitude. For instance, an engineer who joins as a project manager would take on responsibilities of end-to-end delivery. Also, there would be those who would think, “He has to hand it to me and then I’ll do it.” Or, “I only work on CAD [computer-aided design], I don’t like to do anything else.” Coming from the US, this was not working with me.

We stopped everything for four days, and I said we will go through a planning session and see how you do it. I thought if I spend four days on this now, it’ll save 40 days tomorrow. Once they understood it, it was astonishing how we could get things done. It helped us in the long run as a complex project like this was launched in two years from scratch in India. This is unheard of.

Sometimes we took help from unlikely sources. Electric car bodies, when we started, were made of plastic and no one in India had the expertise for the kind of plastic we needed. We needed experts and it had to be done frugally. USAID had a programme with us where you could get these consultants as long as you paid for their living expenses. I got an entrepreneur there who had 35 years of experience in plastics. I said: “Would you come for three months and help me out?” He came. It was an amazing sight. A 70-year-old guy on the shop floor was working with the team.

When I met CEOs of auto companies for an investor, one point that stuck to me was that we needed a set of customer service points. We hadn’t given enough thought about how to scale. The challenge was to train the staff quickly and make them adept at using infrastructure to create the right user experience. That’s where the Palm Pilot came as a blessing. We created a software that could diagnose problems with the Reva, when plugged into it.

My second challenge was whether the buyers could get their cars serviced at home. In those days, we had two aspects of a car servicing. One, the batteries had to be watered once a month; two, we used tubeless tyres, which people didn’t know how to fix. We created kits for tyres and watering, so the whole system was a two-minute self-service. We didn’t need a large distribution network, just service teams would do.

There was a big shift in 2009-2010, when Mahindra came on board. It was a very emotional moment for me. You have done everything for your baby, now it was time to take it to the next level. When I talked to Anand [Mahindra] and discussed with him, it worked out very well. It could help us bring an entire platform of vehicles that would benefit cities. Anand told me the biggest challenge is for me to figure this out: “You are an entrepreneur; you are still going to be one in a different role, and do you want this.”

My family, despite being financially invested, paused to say that this is your decision. I spent some time thinking about it and what kept coming back was that vision of cars down a quiet street. With this partnership, it was more likely to happen, and so it was the right thing to do.

Tweets by @forbes_india
The Power of Rituals in Life, Death and Business
Anand Deshpande: My employees asked me, was it my company or our company?