'The World Cup will be a tough test for the Netherlands' 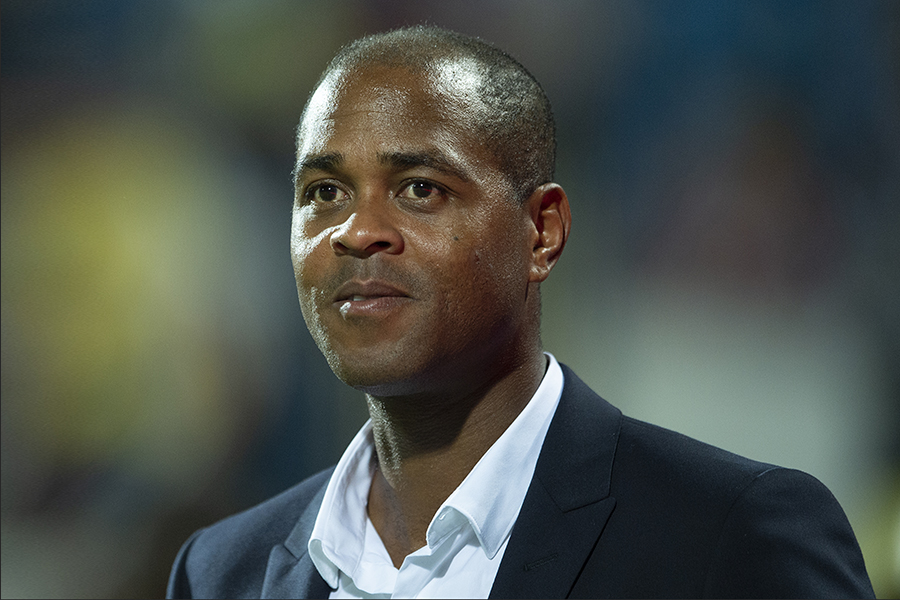 Patrick Kluivert always loved the big stage. At 18, making his debut for Ajax Amsterdam in the Dutch Super Cup, Kluivert managed to find the back of the net against their staunchest rivals Feyenoord. Before he was 20, he won his team a Champions League title, scoring in the high-octane final against AC Milan. A few years later, Kluivert scored again in his maiden FC Barcelona vs Real Madrid game, a rivalry counted among the fiercest in world sport. In a chat with Forbes India, Kluivert, now an ambassador for Spanish football league LaLiga, recounts how he built up his exploits on the pitch.Edited excerpts:
Q The soccer World Cup is upon us. What are your expectations?
I think it will be difficult for the Netherlands. They have a good team, a good coach in Louis Van Gaal, and will put up a good fight, but if you look at some of the other teams at the moment—like Brazil, Argentina—they are on fire at the moment.
Q From the World Cup to an equally prestigious game at the club level: The El Clasico (Real Madrid vs FC Barcelona). It’s one of the most intense sports rivalries in the world. From a player’s perspective, tell us what the game is about.

I played for FC Barcelona for six years and took part in about 12 El Clasico games. The game is highly emotional and passionate, and it's the best game that I've ever played. I’ve played for AC Milan against Inter Milan in the Italian league, for Ajax against Feyenoord in the Dutch league, but nothing compares to the El Clasico.
The media in Spain starts writing about the game just the day after the previous game has ended. They take the whole week to build up the excitement. Look at me: I am smiling sitting here just talking about the El Clasico. Because if you want to play at the highest level, this is the game that you want to play. In the dressing room, everybody—the coaches, the captains—is prepping you because you need to win it. You need to be switched on every minute.
The fans are passionate, irrespective of whether you are playing in Camp Nou, Barca’s home ground, or Real Madrid’s at Bernabéu. When Barca players step out of the dugout in Bernabéu, you have to hear the whistles to believe it.
Let me tell you an anecdote about how passionate the fans are. Luis Figo had gone from Barcelona to Real Madrid, and when he stepped out on the pitch the next El Clasico, the supporters were throwing bottles and everything at him. That’s how passionate they are.
Q You are no stranger to such pressure games. You scored in your debut El Clasico, and also in your first-class soccer debut playing for Ajax Amsterdam against Feyenoord, their fierce rivals. What’s the secret to performing under pressure?
If you are playing for a top team, you’d like to match their standards. And you can’t have bigger games than these. You train for these games so that you can hit the ground running right from the first minute. Yes, everyone expects you to score every time you play, but you shouldn’t put yourself under too much pressure, then you can’t control the ball normally. Top players relax before the game and as soon as you are on the field you are in the game. Much as everyone speculates about the game before, the moment you hear the first whistle, all those thoughts are buried and you are focussed.
Q Barca’s now going through a downward spiral. What do you think has gone wrong and how can they claw their way to the top again?
Financially it wasn’t the best year. Some of their players went away and they bought some other players. I think it’s a transition time for Barcelona and coach Xavi is doing a good job. They are second in the LaLiga standings [Barca has gone to the top position since the interview]. It’s just that they missed the knockout stages in the Champions League. But that’s the result of players leaving and new players needing adaptation. If Barcelona makes it to the Champions League next year, you’ll see a much improved performance from the players who came in recently.
Q Before you turned 20, you had won a domestic league and the Champions league. When success comes at such an early age, how does one keep themselves grounded?
Surround yourself with people who keep you grounded. If you are young and successful, and have sycophants around you, success will get to your head. My father, who played soccer for Suriname, and my brothers made sure I was keeping both feet on the ground.
They taught me to be humble and authentic. They told me to stay who I was. They helped keep my focus on the game. If you are focussed, you will continue to play well for a long time, and success won’t just be a flash in the pan.
Q How difficult is to turn around from setbacks at the international level? Euro 2000, for instance, where you were in prime form, but missed a penalty in the semis against Italy, a game that Netherlands eventually lost.
That year we were the host nation and were quite focussed on winning the championships. I was in good form and even scored a hat-trick against Yugoslavia in the quarterfinals. And then comes the game against Italy where we missed two penalties, one among them myself. It was devastating for us and a lot was being said against us. But once you are out of the competition, no time to waste over bygones. You have to pull yourself out of the negative spiral and look forward to try to do better the next time.
Q Your son Justin now plays competitive football and is now with Valencia (on loan from AS Roma). As a footballer father, how would you help him handle his career?
My son has made a mistake and went too early to AS Roma, and he knows it too. He should have stayed a year more with Ajax. But this is his choice, and I can’t make decisions for him. But as a father I will be supporting him, it’s the most important thing you do as a parent. At best I can influence and guide him, but his decisions have to be his own, and I will stand by him.
Q What are some of the lessons you’ve learnt as an international athlete?
Stay humble and train hard. If you train well, everything will come easy to you. Also, make your own decisions and take responsibility for those.