As Djokovic fights to stay in Australia despite his decision not to be vaccinated, he has become entwined with a broader debate in Serbia about coronavirus restrictions, government policies, personal liberty and vaccination 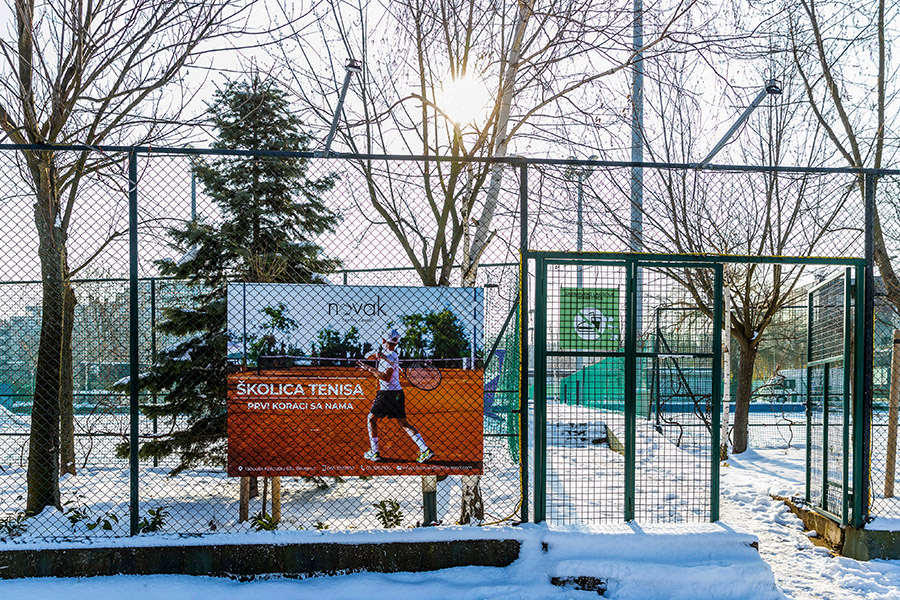 Novak Djokovic’s tennis center next to the Danube River in Belgrade, Serbia, Jan. 13, 2022. Many feel a personal connection and pride with the tennis star, even if they do not agree with his decisions to stay unvaccinated for COVID-19. (Marko Risovic/The New York Times)

BELGRADE, Serbia — The images painted on the concrete walls of the Brutalist housing complex in Banjica, a residential area a few miles south of downtown Belgrade, depict some of Serbia’s most cherished figures: revered religious leaders, poets and warriors.
But the murals there of Novak Djokovic hold a special significance — this is where the future tennis star’s grandfather lived and where, as a 12-year-old boy, he sought shelter while NATO bombed the Serbian capital in 1999.
Georgio Petrovic, 21, was born a year after the bombing and lives in the same imposing, angular tower block.
“He is a hero,” he said, looking at one of the murals of Djokovic.
But he sees him as more than a sports champion. Struggling to find a job, Petrovic has written to Djokovic, thinking he might be able to help where others have failed. He has not heard back, but he is hopeful.

Tweets by @forbesindia
Vodafone Idea: Running to stand still
Why cloud kitchens need to scale up smart, not fast