The decline has come at a time when workplace behaviour, in Hollywood and elsewhere, has come under intense scrutiny against a backdrop of protest and social change 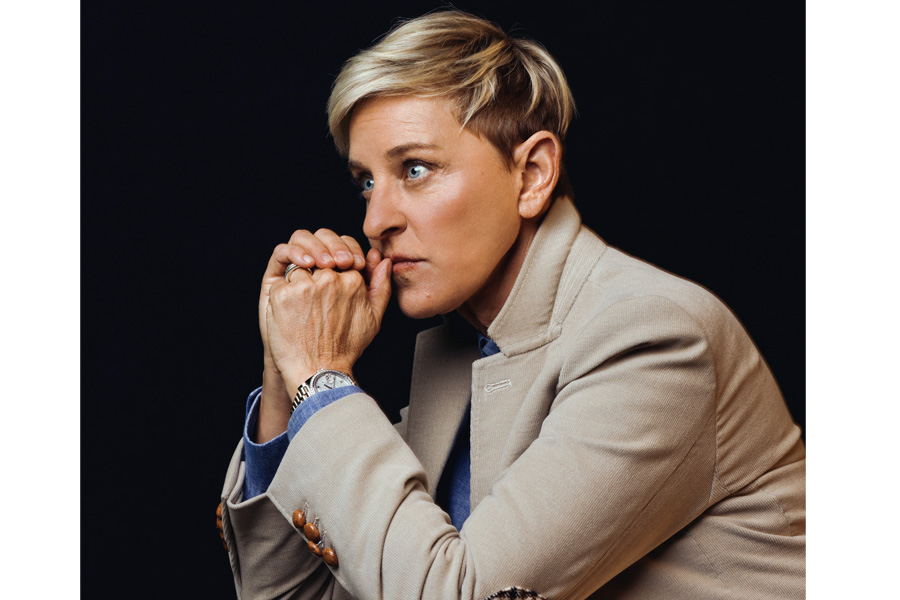 Ellen DeGeneres in Burbank, Calif., on Nov. 28, 2018. Her daytime talkshow has lost more than a million viewers since September 2020, according to the research firm Nielsen, averaging 1.5 million viewers over the last six months, down from 2.6 million in the same period last year. (Ryan Pfluger/The New York Times)

When Ellen DeGeneres returned from a summer hiatus to open the 18th season of her daytime talk show in September, she came armed with an apology. “I learned that things happen here that never should have happened,” she said. “I take that very seriously. And I want to say I am so sorry to the people who were affected.” Those remarks came in the wake of reports of workplace misconduct at “The Ellen DeGeneres Show.”

Viewers tuned in for the apology: This year’s season opener had the highest ratings for an “Ellen” premiere in four years. And then they tuned out. “Ellen” has lost more than 1 million viewers since September, according to the research firm Nielsen, averaging 1.5 million viewers over the past six months, down from 2.6 million in the same period last year.

The decline has come at a time when workplace behavior, in Hollywood and elsewhere, has come under intense scrutiny against a backdrop of protest and social change. It is a startling setback for one of daytime television’s most successful franchises and for DeGeneres, who was at the forefront of an earlier cultural shift when, as the star of a prime-time network sitcom in the 1990s, she announced that she is gay.

The show’s loss of more than 1 million viewers translates to a 43% decline, representing a steeper drop than any of its competitors. This TV season, “Ellen,” the winner of dozens of Emmys since its start in 2003, is no longer in the same league as traditional rivals like “Dr. Phil” (2.5 million) and “Live: With Kelly and Ryan” (2.7 million). Now it finds itself uncomfortably close to shows hosted by Maury Povich (1.4 million), Kelly Clarkson (1.3 million), Rachael Ray (1.2 million), Tamron Hall (1.1 million) and Jerry Springer’s former security guard Steve Wilkos (1.1 million).

The loss of viewers includes a 38% decline in her core audience, adult women under 54, according to Nielsen. And it appears to have put a dent in the show’s ad revenue. From September to January of the 2019-20 season, “Ellen” brought in $131 million from advertisers, according to the research firm Kantar. That has fallen to $105 million for the same period in 2020-21, a drop of about 20%.

DeGeneres, 63, has publicly mused on the possibility of leaving thee show in recent years, and the spotlight on her workplace troubles has added to the questions about her future. Her talk-show contract runs through next year. Warner Bros., the division of AT&T’s WarnerMedia that produces “Ellen,” confirmed that the show would return for a 19th season in September, after her usual summer hiatus. A spokesperson for DeGeneres declined to comment when asked if the 2021-22 television season would be her last.

“ ‘The Ellen DeGeneres Show’ remains one of the top three highest-rated syndicated talk shows this season,” David McGuire, an executive vice president of programming at Telepictures, a Warner Bros. subsidiary, said in a statement. He suggested other reasons for the decline, like changing viewing habits during the pandemic.

“While broadcast is down across the board and COVID has been challenging for production, we are looking forward to bringing back our live audiences and a 19th season filled with all of the hilarious and heartwarming moments that have made ‘Ellen’ one of the longest running and most successful talk shows in history,” he added.

Whether or not the next season of “Ellen” is its last, WarnerMedia and DeGeneres are together for the long haul. In 2019, the company made a deal with her to produce four programs for its HBO Max streaming platform, including a home-design challenge series; a dating show; an animated show, “Little Ellen”; and a documentary series on inventors made in conjunction with the Albert Einstein estate. (In another deal, she recently signed a multiyear pact with Discovery to produce natural history documentaries and series.)

Public perception of DeGeneres started to change in July, when BuzzFeed reported that several of the show’s former and current staff members said they had confronted “racism, fear and intimidation” on the set. Several staff members also said producers had sexually harassed them. Warner Bros. investigated the workplace and found “deficiencies.” Three high level producers were fired, including Ed Glavin, an executive producer; Jonathan Norman, a co-executive producer; and Kevin Leman, the head writer. DeGeneres apologized to her staff before addressing her viewers in September.

Some observers believe the accusations may have weakened DeGeneres’ relationship with her audience. The host built her show as an oasis from the outside world, a place of goofy dancing, light jokes, cash giveaways to surprised audience members and high-wattage celebrity guests. Several years ago, she adopted “be kind” as her motto, in response to the suicide of Tyler Clementi, a gay college student who took his own life after being bullied.

“Her brand is not just being fairly nice — it is ‘Be Kind,’” said Stephen Galloway, the dean of Chapman University’s Dodge College of film and media arts. “She’s chosen two words to stamp herself. You cannot have hypocrisy better defined than when you’ve chosen those two words to define yourself and everyone is seeing the opposite is true inside your show.

DeGeneres beat the odds to make her show a success. There is a television graveyard filled with the comics, actors, anchors and reality stars who have taken a crack at syndicated talk shows only to be yanked off the air because of low ratings. And when “Ellen” premiered, she also had to overcome the hesitancy of affiliate managers who thought an openly gay person could not connect with the women who make up most of the daytime audience. Her quick wit and approachable manner earned her millions of fans and ultimately a plum late afternoon slot in most markets. As recently as a few years ago, the show was drawing roughly 3 million viewers an episode.

As DeGeneres fights through a loss in popularity, she has turned to celebrity friends to help her make the case that there is not much difference between the on-camera Ellen and the real Ellen. When Michelle Obama was a virtual guest last week, she spoke warmly about the time she went to DeGeneres’ house and they played a piano duet together. A video clip of the pair at the piano was shown.

Another recent guest, Jennifer Garner, also appearing remotely, raced to her hotel room balcony at the host’s request to tell passersby how much she adored DeGeneres. “I love her!” Garner shouted. “She’s kind! She’s a humanitarian! She loves animals!”

Tweets by @forbesindia
Photo of the Day: Spring in blossom
Cryptos as an asset class could be India's middle path: Nandan Nilekani