Forbes is the latest media company to use the once obscure, but increasingly popular SPAC manoeuvre to go public, rather than an initial public offering, which comes with regulatory hassles 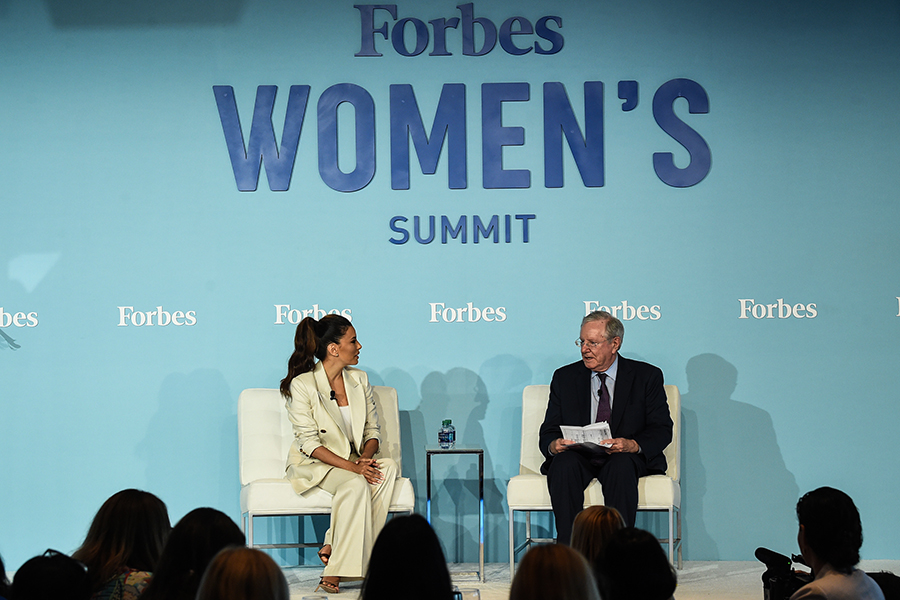 Eva Longoria and Steve Forbes during the 2019 Forbes Women’s Summit in New York. Forbes said it had an audience of more than 150 million through its journalism, events and marketing programs. Image: Jamie McCarthy/Getty Images

Forbes announced Thursday that it planned to go public through a deal with a special-purpose acquisition company, or SPAC.
The venerable business publication, owned by Integrated Whale Media and the Forbes family, said in a news release that it had reached an agreement to merge with Magnum Opus Acquisition, a publicly traded blank-check firm.
The deal, which values the combined company at $630 million, is expected to close by the end of the year or early 2022. If it goes through, Forbes will list on the New York Stock Exchange under the ticker symbol FRBS.

Forbes is the latest media company to use the once obscure, but increasingly popular SPAC maneuver to go public, rather than an initial public offering, which comes with regulatory hassles. In June, BuzzFeed said it would merge with the publicly listed shell company 890 Fifth Avenue Partners. Group Nine Media, the publisher of PopSugar and Thrillist, formed its own SPAC in December with the aim of going public.
Forbes, known for its rankings of wealthy businesspeople, said it had an audience of more than 150 million through its journalism, events and marketing programs. Founded as a magazine in 1917, it still publishes a print edition eight times a year in the United States. It also has 45 licensed local versions that cover 76 countries.
In 2014, the Forbes family sold a majority stake in the company to Integrated Whale Media.
TC Yam, executive chairman of Integrated Whale Media, said in a statement Thursday that the SPAC deal was “the next exciting chapter in the Forbes narrative.”
“It has been exciting to watch the Forbes management team successfully complete a digital transformation since we have been involved, and then deliver record annual returns,” Yam said.

Tweets by @forbesindia
India's exports are growing steadily. Can it fuel a much needed revival of the economy?
ESG is here to stay and it will disrupt business models: Richard Rekhy