Suing India's government is a highly unusual step by WhatsApp, which has rarely engaged with national governments in court 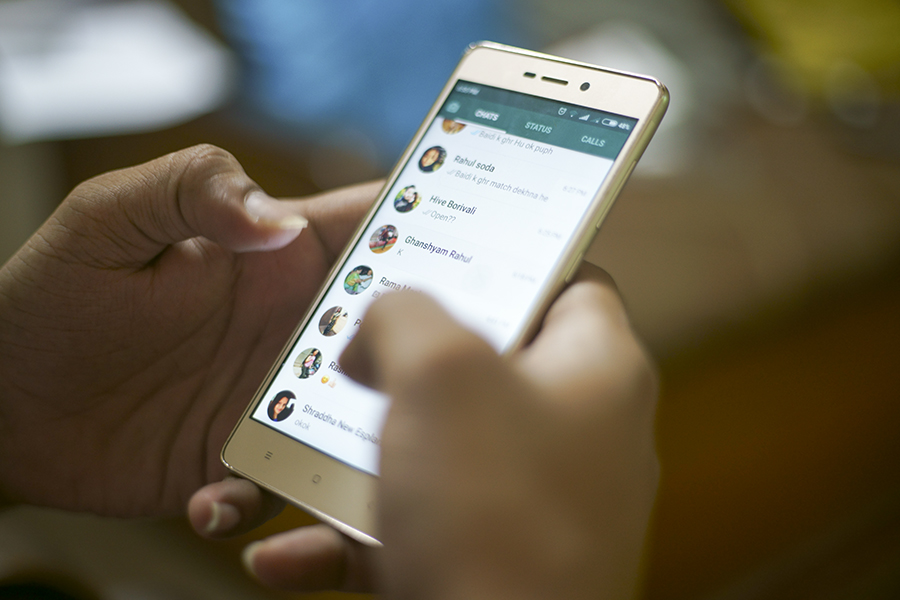 WhatsApp sued the Indian government Wednesday to stop what it said were oppressive new internet rules that would require it to make people’s messages “traceable” to outside parties for the first time.The lawsuit, filed by WhatsApp in the Delhi High Court, seeks to block the enforceability of the rules that were handed down by the government this year. WhatsApp, a service owned by Facebook that sends encrypted messages, claimed in its suit that the rules, which were set to go into effect Wednesday, were unconstitutional.Suing India’s government is a highly unusual step by WhatsApp, which has rarely engaged with national governments in court. But the service said that making its messages traceable “would severely undermine the privacy of billions of people who communicate digitally” and effectively impair its security.“Civil society and technical experts around the world have consistently argued that a requirement to ‘trace’ private messages would break end-to-end encryption and lead to real abuse,” a WhatsApp spokesperson said. “WhatsApp is committed to protecting the privacy of people’s personal messages and we will continue to do all we can within the laws of India to do so.”The lawsuit is part of a broadening battle between the biggest tech companies and governments around the world over which of them has the upper hand. Australia and the European Union have drafted or passed laws to limit the power of Google, Facebook and other companies over online speech, while other countries are trying to rein in the companies’ services to stifle dissent and squash protests. China has recently warned some of its biggest internet companies against engaging in anticompetitive practices.In India, Prime Minister Narendra Modi and his ruling Bharatiya Janata Party have worked for several years to corral the power of the tech companies and more strictly police what is said online. In 2019, the government proposed giving itself vast new powers to suppress internet content, igniting a heated battle with the companies.The rules that WhatsApp is objecting to were proposed in February by Ravi Shankar Prasad, India’s law and information technology minister. Under the rules, the government could require tech companies to take down social media posts it deemed unlawful. WhatsApp, Signal and other messaging companies would also be required to create “traceable” databases of all messages sent using the service, while attaching identifiable “fingerprints” to private messages sent between users.WhatsApp has long maintained that it does not have insight into user data and has said it does not store messages sent between users. That is because the service is end-to-end encrypted, which allows for two or more users to communicate securely and privately without allowing others to access the messages.More than 1 billion people rely on WhatsApp to communicate with friends, family and businesses around the world. Many users are in India.Critics said the new rules were being used to silence government detractors. Last month, Facebook, Instagram and Twitter were ordered to take down dozens of social media posts that were critical of Modi’s government and its response to the coronavirus pandemic, which has ravaged the country. Government officials said the posts should be removed because they could incite panic and could hinder its response to the pandemic.The social media companies complied with many of the requests by making the posts invisible inside India, though they were still visible to people outside the country. In the past, Twitter and Facebook have reposted some content after determining that it didn’t break the law.Tensions between tech companies and the Indian government escalated this week when police descended on the New Delhi offices of Twitter to contest labels affixed to certain tweets from senior members of the government. While Twitter’s offices were empty, the visit symbolized the mounting pressure on social media companies to rein in speech seen as critical of the ruling party.Facebook and WhatsApp have long maintained working relationships with officials in dozens of countries, including India. Typically, WhatsApp has said it will respond to lawful requests for information and has a team that assists law enforcement officials with emergencies involving imminent harm.Only rarely has WhatsApp pushed back. The service has been shut down many times in Brazil after the company resisted requests for user data from the government. And it has skirmished with U.S. officials who have sought to install “back doors” in encrypted messaging services to monitor for criminal activity.But WhatsApp argued that even if it tried enacting India’s new “traceability” rules, the technology would not work. Such a practice is “ineffective and highly susceptible to abuse,” the company said.Other technology firms and digital rights groups like Mozilla and the Electronic Frontier Foundation said this week that they supported WhatsApp’s fight against “traceability.”“The threat that anything someone writes can be traced back to them takes away people’s privacy and would have a chilling effect on what people say even in private settings, violating universally recognized principles of free expression and human rights,” WhatsApp said.

Tweets by @forbesindia
IDBI Bank: Time to revisit its vision
Just how big could India's true Covid-19 toll be?