How can leadership best 'Mind the Gap' in large organisations?

Boeing's deadly tragedies with its 737 Max aircraft may have resulted from a "gap" problem after departments came in conflict. How can organizations mind their own gaps? 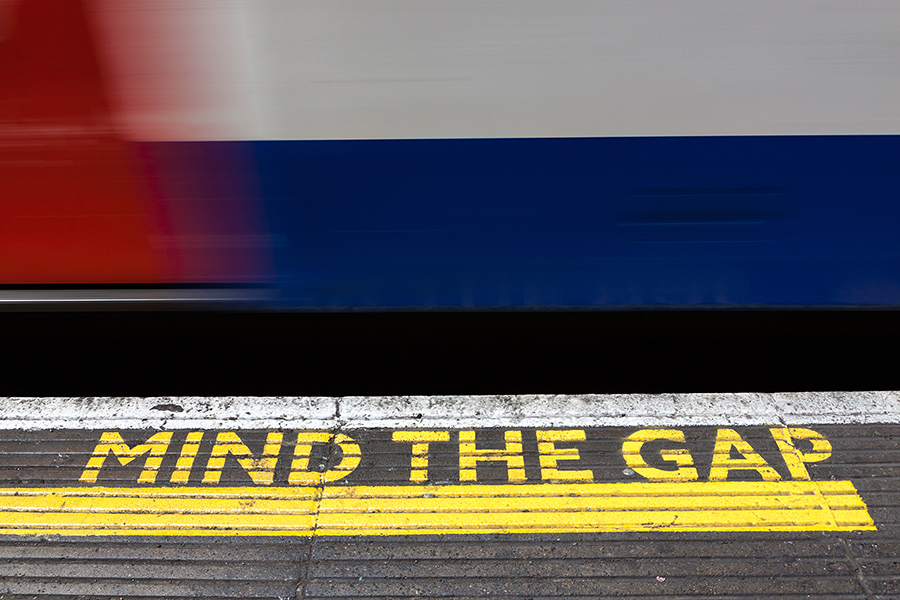 Tube and train riders in Europe are well-aware of the term, “mind the gap.” They see it every time they step off a train or subway platform. In a sense, it’s also an appropriate warning for leaders of large organizations. Just how can they reduce the gaps in understanding between departments staffed with employees whose responsibilities and training vary widely?
Inherent organizational conflict takes many forms—for example, between home office staff (“who don’t understand how the business really works,” according to those in the field) and those in operating or engineering jobs (“who don’t understand the big picture,” according to those at headquarters); between officers and enlisted personnel in the military; between doctors and hospital administrators; and between faculty and school administrators, to cite just a few examples.

The conflict is inevitable; it will never be eliminated. This is an oversimplication of a complex phenomenon, with nuances in every large organization that has grown beyond the “one for all and all for one” startup spirit. But when it rises to a level that affects marketing plans, engineering design, manufacturing schedules, and even safety, something has to be done. When combined with a loss of “voice” at lower levels in the organization, it can be lethal. In the view of some observers, that’s what happened recently at Boeing.

The Boeing example
A whistleblower complaint blamed a control system failure for two fatal crashes of the Boeing 737 Max jet plane, after management refused to honor an engineering request for a safety device. Apparently, adding the safety device would have led to FAA required, and expensive, Level D training for every pilot assigned to fly the plane, something management was trying to avoid.

It’s alleged that pressure was increasingly being applied by top management to meet cost and delivery targets. Sales had done a great job selling planes several years out at prices based on costs that it was thought would eventually be achieved as the production learning curve kicked in. Employees were warned that pay was at risk if the targets weren’t met. According to one BloombergBusinessweek report, “They were targeting the highly paid, highly experienced engineers.” One flight test group member commented, “It was a climate that didn’t reward people willing to buck managers … So you really watched your step and were careful about what you said.”

Can’t you just imagine it? Headquarters vs. the engineers, engineering vs. manufacturing, manufacturing vs. sales, etc. leading to Boeing vs. customers and the public. If this were an isolated case of a large, proud, successful company failing to “mind the gap,” we could ignore it. But somewhat similar charges were lodged in the case of cheating on vehicle emissions technology at Volkswagen just months earlier. A proud engineering group was “encouraged” to apply its expertise to develop technology to aid cheating. What kind of morale did that produce among engineers used to being celebrated and admired at Wolfsberg social events?

What’s to be done? Anything? Or is the problem so endemic to organizations that it is overshadowed by other issues that we are more capable of addressing?

At Toyota, we have long admired Jidoka, Principle 5 of the 14 that comprise The Toyota Way, that any employee can stop the production line to signal a quality issue. Do we need a kind of corporate “Jidoka rule” that calls a “stop,” examines behavior, preserves “voice,” encourages respect, and leads to learning between elements of the organization with different interests and goals? What practices have you observed that helped (or hurt) those attempting to deal with “gap problems” in your organization?