How to recover gracefully after shutting down your startup

It's hard to call it quits on a business venture, but entrepreneurs can wind down a struggling startup while keeping their reputations and sanity intact, says Tom Eisenmann. The first step is knowing when to accept defeat. 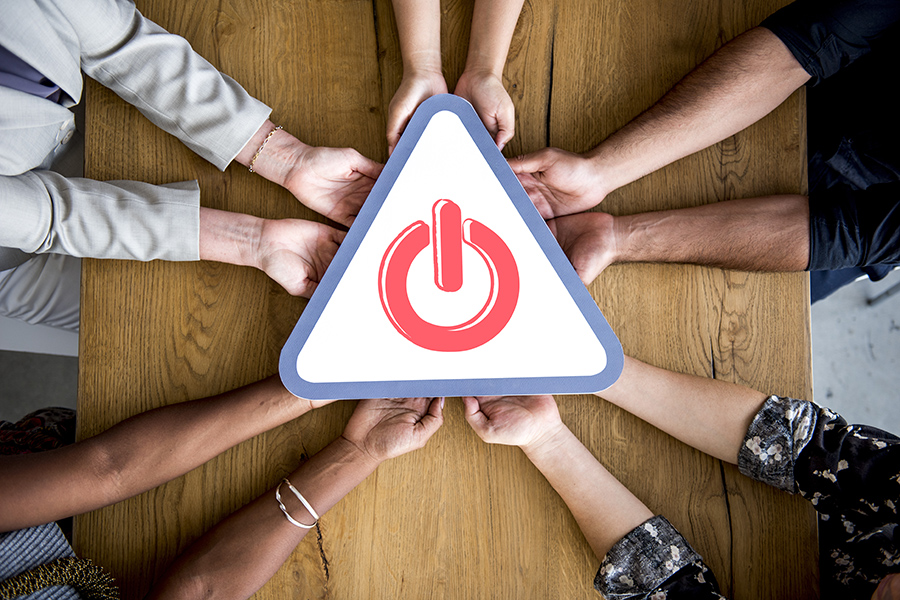 
When Munchery announced in January that it would join the compost heap of food delivery startups, the San Francisco company burned customers, suppliers, and investors that included Oscar-winning actors Jared Leto and Marisa Tomei.

In its bankruptcy filing, Munchery said that it owed $3 million to more than 230 creditors, including a bakery owner who held a special bake sale to express her outrage.

Did a company that had raised more than $120 million in venture capital need to stiff so many people?

Tom Eisenmann, the Howard H. Stevenson Professor of Business Administration at Harvard Business School, says that shutting down a startup is almost always a messy affair. When a venture requires a cash infusion to survive, its founders may turn to bottom-fisher investors who force the company to restructure its capitalization, making the equity stakes of earlier backers and managers worthless.

If new funds aren’t forthcoming, the founder will likely put the company up for sale, confronting prospective buyers who’ll play a waiting game, knowing that their deal terms will improve as the startup approaches its “fume date” —when its bank balance hits zero. In parallel, the founder will probably start to lay off employees, deciding how deeply to cut.

And this is just the prelude to a shutdown. Things get worse when it becomes clear that new investors and new owners won’t rescue the startup. Liquidation follows and, along with it, a contentious auction of assets to pay creditors.

“There are many things that entrepreneurs can do to fail well—in ways that preserve their relationships and integrity—and to position themselves to bounce back from a failure,” says Eisenmann, who has interviewed dozens of founders of failed businesses for his upcoming book, tentatively titled Why Startups Fail. He has also been sharing his insights with MBA students in a new course called Entrepreneurial Failure.

Knowing when it’s time to give up
Failing well starts with admitting defeat early enough to make sound decisions, Eisenmann says. But deciding when to pull the plug is rarely easy. Here’s why:

Failure happens slowly. A struggling business might limp along for months or even years, sometimes with small bursts of hope along the way. It can be difficult to discern how well a startup is doing, but “sideways” is rarely the right direction.

For example, in early 2016, leaders of the package delivery venture Shyp were refining the company’s business model and dialing back earlier expansion moves in search of profit. Despite signs of trouble, the company—which had raised more than $60 million from investors that included Kleiner Perkins—didn’t close for another two years.

No one wants to be a quitter. Psychology professor Angela Duckworth tapped into the zeitgeist with her famous TED Talk and best-selling book, Grit: The Power of Passion and Perseverance. While the premise might apply to earning a degree or learning a new skill, some entrepreneurs value persistence to an excess, Eisenmann says.

It’s hard to let others down. Letting go of an ill-conceived idea becomes much harder when dozens of employees rely on it to feed their families. And what about customers who love the product? Or investors who believed in the founder and her dream?

Many entrepreneurs rightly want to protect the interests of these constituencies, Eisenmann says, and will strive to do so by keeping the startup alive—sometimes longer than they should. Employees might benefit more, for example, by moving on to their next job, rather than scrambling to bail out a sinking ship.

Leaders may be isolated. In a perfect world, an entrepreneur could seek counsel from investors, colleagues, or the company’s board about whether to pull the plug. In reality, founders are expected to be completely confident, lest they seem incompetent. A cry for help—or simply an honest appraisal of the situation—might prompt investors to withhold new funding or employees to flee, hastening a company’s demise.

“If you have a spouse or a significant other, they’re not always in a good position to be a clear-headed adviser,” Eisenmann adds. “They’ve probably been doing the lion’s share of keeping the household on the rails and caring for children while you’ve been working 100-hour weeks and ignoring the family. At some point, you’ll exhaust their patience.”

Failing with intent
Failed founders that Eisenmann interviewed recommend that entrepreneurs step back and ask if their ventures are still on track to fulfill their original goals. If the answer is “No,” if they are out of moves, or simply lack the resolve to carry on, founders should consider shutting down.

Once they make that call, their next step should be to consult a lawyer and an accountant to understand their legal obligations and how to sequence payments to parties owed money. After that, they should formulate a plan for communicating the news to customers and employees—and helping them with the transition.

One of the worst things a startup leader can do is exit abruptly, leaving the messy endgame for others to manage, says Eisenmann.

“A founder might realize, ‘I’m not going to make any money from this venture,’ and simply move on to their next act,” he says. “VCs get furious when a founder decides to cut and run, and they aren’t shy about telling anyone who’ll listen that they’ll never back that founder again.”

How to bounce back
The pain of closing a business can overwhelm founders, whose identity is intertwined with that of their venture. Failed founders wonder what they’ll do next—are they employable? Adding to their worries, their personal finances may be in shambles. Most entrepreneurs cut their own salaries as their venture goes into decline, and many have invested their life savings in the startup—along with funds from friends and family.

If entrepreneurs reach the acceptance phase of Kübler-Ross’s five stages of grief, they’re ready to reflect on what went wrong, how they contributed to the outcome, and whether they want to pursue another entrepreneurial venture.

“When things go wrong, it’s human nature to blame others—say, investors who pushed for a flawed strategy, or an unforgiving universe,” Eisenmann says. “With some distance from the failure, a founder will typically see that those first-blush explanations may have some merit. But they’ll also recognize that their own decisions and shortcomings as a leader almost certainly played a big role in their venture’s demise.”

As part of a deep postmortem, Eisenmann recommends that entrepreneurs seek honest feedback from as many people involved in the venture as possible. This helps entrepreneurs close any memory gaps and challenge the human tendency to blame external factors.

The process helps entrepreneurs explain past failures to prospective investors if they decide to launch another new venture. In many parts of the world, failed founders are stigmatized, but fortunately, in Silicon Valley and some other startup ecosystems, investors are more forgiving.

“It’s easier when folks understand that failure is part of the process,” Eisenmann says. “It also helps if the person who presided over a failure can thoughtfully discuss what really happened, what they learned from it, and how they’ll manage their next startup.”

Tweets by @forbes_india
Airbnb CEO pledges to verify all home listings by 2020
Forbes India 30 Under 30: Applications for 2020 are now open!