Is Groupon Good for Retailers?

With the economy lagging, consumers are increasingly responsive to discounts. And Groupon has found a way to feature small businesses that haven't traditionally advertised online

For starters, there's the news that the deal-of-the-day website turned down a $6 billion acquisition offer from Google last month.

Then there's the company's business model: selling discount vouchers to restaurants, spas, paintball parties, etc., at a major markdown—up to 90 percent off a retailer's usual prices—and then requiring the retailer to pay a big chunk of the voucher revenues back to Groupon. 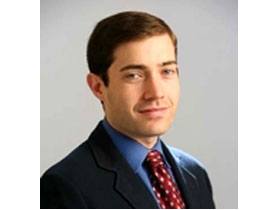 Benjamin G. Edelman is an assistant professor in the Negotiation, Organizations and Markets unit at Harvard Business School
But the Chicago-based firm is "the fastest growing company in web history," according to Forbes, and may file for an initial public offering by the end of 2011, according to the New York Times. "Groupon has attracted remarkable interest," says Harvard Business School professor Benjamin G. Edelman. "With the economy lagging, consumers are increasingly responsive to discounts. And Groupon has found a way to feature small businesses that haven't traditionally advertised online."

For consumers, there's an obvious appeal to scoring a $50 meal for 15 bucks—especially in a recession. But for retailers offering the deals through Groupon, does the publicity compensate for the deep hit to profit margins? A new working paper, To Groupon or Not to Groupon: The Profitability of Deep Discounts, sets out to help small businesses decide whether offering large discount vouchers is a profitable decision.

Second, vouchers can provide an advertising benefit—announcing a merchant's existence to thousands of consumers en masse, and potentially building buzz among consumers above and beyond sales to the consumers who actually buy the vouchers. This effect is more difficult to measure, but many merchants perceive it to be real. Where it exists, it's an important source of value that a discount voucher service can deliver.

Q: Explain the theoretical model you describe in your paper and how it can help retailers decide whether a voucher service like Groupon makes sense for them.
A: We present a model of online discount vouchers that [offer deals] to consumers who may or may not value the merchant's offering. Importantly, some consumers already know and patronize the merchant, so a voucher discount combines multiple effects—it attracts new customers but it may also offer an unnecessary discount to existing customers.

Q: You recommend that retailers disallow the purchase of multiple discount vouchers from a single customer, or else run the risk that the customer will never come back and pay full price. Are there some practical steps that merchants can take to prevent multiple purchases?
A: In practice, it's not easy to prohibit the purchase of multiple vouchers. A voucher service can configure its systems so that a single account only lets a user purchase a given offer once. But then users can open multiple accounts—a tactic that consumers have already used at many online retailers. And industry norms let consumers find ways around almost any rule intended to block multiple purchases. For example, even when consumers are limited to a single voucher, they are typically permitted to buy additional vouchers as gifts for others. So if three customers each want three vouchers, each can buy one for himself and one for each of his two friends, complying with the rules but obtaining multiple vouchers.

Q: What are some of the other risks that businesses run when deciding to participate in a discount voucher program like Groupon? What steps can they take to mitigate those risks?
A: Stories abound of consumers who try to game the system. Consider a customer who wants to dine on a weekend using a voucher valid on weekdays only. Some consumers surely make that error by accident, failing to read all the terms and conditions. Sophisticated consumers might try to game the system by posing as customers who failed to read the "small print." What exactly is a merchant to do when a consumer violates one of various small-print rules? Requiring customers to present vouchers before ordering is one solution, but they understandably dislike this approach, finding it especially tacky.

One first step is for merchants to review the exact text to be shown to consumers. Be wary of vague language: "excludes special offers" invites disputes over whether the chef's special and a child portion are eligible; "not valid on major holidays" raises the question of which days are "major." We've been surprised to see such imprecise wording on vouchers, and we think merchants and voucher services can do better.

Merchants should also confirm their legal obligations when accepting discount vouchers. Once customers prepay, they often enjoy consumer protections with regard to gift certificates-including special rules as to expiration and partial refunds. Here in Massachusetts, a gift certificate that is 90 percent used may be redeemed in cash if the customer so requests. Even sales tax can be complicated: if a customer pays $20 to eat food that costs $35 at a restaurant's menu prices, should the customer pay sales tax on $20 or $35? (In Massachusetts, the Department of Revenue has confirmed the former—though in my experience, few restaurants follow that rule.)

As retailers gain experience with discount vouchers, these matters may become routine. But for now, there's ample room for error, creating important risks for retailers that fall short of applicable consumer protections.

Q: How does the service affect business with existing customers who historically have paid full price?
A: We've seen two main effects. First, some discount voucher services send users to merchants en masse. The day after a Groupon is released, hundreds of buyers tend to swamp a small business unprepared for the rush. That barrage of customers can disrupt service to full-price customers, who may end up waiting for service. That said, we don't think this kind of disruption is inevitable; other services have found ways to spread customers over time. For example, Restaurant.com sends customers on an ongoing basis rather than all at once.

Second, full-price customers may be unhappy when they realize others are getting large discounts. We've all had the experience on an airplane of talking to a nearby passenger whose fare was vastly different. But that's a new experience at local retailers. Existing customers might "revolt," becoming less willing to pay full price once they realize that others are paying less.

Q: When Groupon first came on the scene, most of the participating retailers were small, local food- or service-oriented businesses. Eventually, though, we started seeing Groupons from national retailers such as The Gap, which sold some 400,000 Groupons in a single day. Based on what you've learned, do you think discount vouchers make sense for large retailers?
A: Discount vouchers seem to be most compelling for merchants with a low cost of goods sold and with a highly perishable product. Restaurants fit the bill in that ingredients are often just 30 percent of menu price, and every hour a table sits empty is lost revenue that can never be recovered. So too for spas, gyms, hotels, and many other services.

Retailers of durable products, like manufactured goods and clothing, are in a somewhat different position. Typically, their business requires a higher cost of goods sold, giving them less room to discount. And if they don't sell a product one day, they can hold it in inventory for future sale. So marginal business is less urgent for them.

We're not prepared to say Gap's Groupon was a mistake. Getting customers into Gap stores with a Groupon might lead to big sales—above and beyond the voucher value. Plus, those customers might tell their friends. And we suspect that Groupon charged Gap less than its usual fee. Still, Gap might have been able to run a similar promotion itself, without going through Groupon; Gap's established brand would have attracted substantial consumer interest. Other large merchants can also handle their own offers; the Groupon-style brand and infrastructure are most valuable to smaller firms.

Q: Explain how the efficacy of Groupon will change in the future, especially if more and more consumers continue to use these vouchers. How do you expect Groupon and its competitors to respond to these changes?
A: One natural change is for fees to drop. Groupon has charged merchants a remarkable 50 percent of voucher purchase price, but it seems that competition is already driving fees down.

In principle, discount offers can be customized for—indeed, targeted to—individual users. For example, a restaurant could tell a voucher service that it wants to offer a discount only to customers who live more than a mile from the restaurant's location, on the view that customers in the immediate vicinity already know about the restaurant's offerings.

Furthermore, since spas and gyms know their customers' names, they could give discount voucher services a list of consumers to exclude, preventing an offer from reaching existing customers. On one hand, this kind of targeting would make voucher services less attractive to users. But if merchants are confident that existing customers won't receive discounts, then they can offer larger discounts, which will increase consumer interest in voucher services. We think these targeting innovations are feasible, and if Groupon doesn't offer them, a competitor may.

Q: A decade ago, Microsoft cofounder Paul Allen threw millions behind a start-up called Mercata, through which online customers would sign up en masse to buy the same product, and the price of the product would fall as more and more customers signed up. After about a year and a half, Mercata shut its doors. Other than timing, what is it about Groupon that would make it succeed where a company like Mercata failed?
A: Mercata focused on general merchandise, where retailers have a high cost of goods sold and where low perishability lets merchants hold inventory for an extended period. In contrast, recent discount voucher services have focused on sectors with low cost of goods sold and high perishability. We think this altered focus has been the key to success of current discount voucher services.

Q: Do you have any plans to continue researching this subject?
A: Absolutely. We're currently talking to merchants that have used discount voucher services, and we hope to conduct empirical analyses of discount voucher profitability and demographics.