From building roads in villages, the Udaipur-based firm has become one of India's largest infrastructure companies 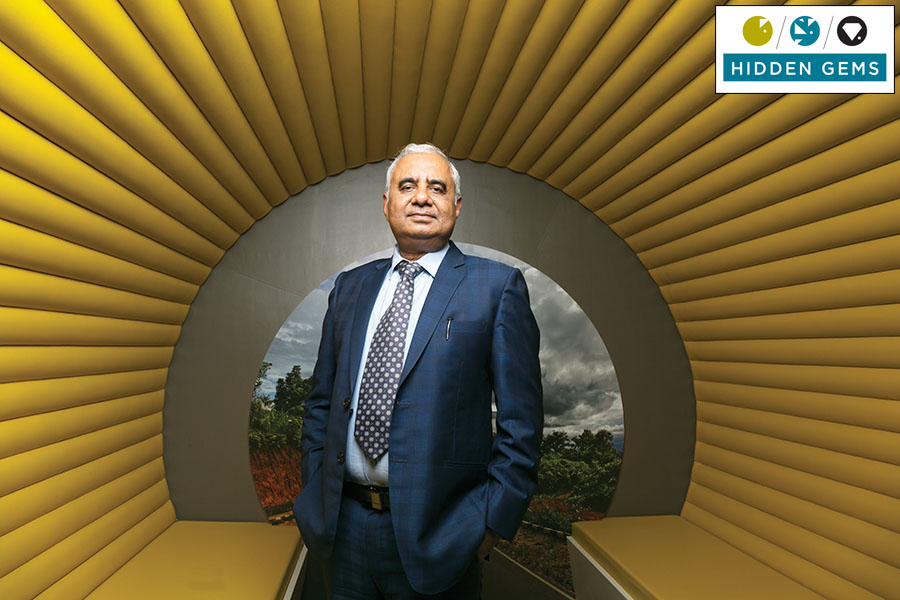 On his father’s advice, Vinod Kumar Agarwal has focussed on performance instead of chasing numbers; Image: Madhu Kapparath
Vinod Kumar Agarwal has his priorities set. Though he sits with an order book that exceeds ₹14,500 crore, the 58-year-old managing director of GR Infraprojects, one of India’s largest infrastructure companies, believes there should never be any compromise on the quality of work his company undertakes.

“Our father taught us not to compromise on quality, whatever happens,” says Agarwal. Perhaps, it’s this unwavering focus that has helped Udaipur-based GR Infraprojects grow over the past two decades.

From being a small road contractor that built roads in rural India, GR Infraprojects is now involved in engineering, procurement and construction (EPC) services for development of highways, flyovers, bridges, buildings and airfields. The company has revenues of ₹3,280 crore; this year, it plans to list itself on the bourses, seeking a valuation of more than ₹13,000 crore. Over the next few years, it plans to diversify into areas such as railways and water management. 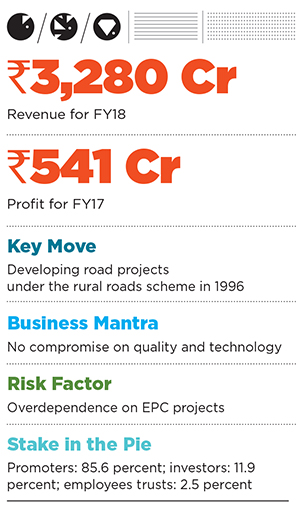 “Our father always said, buy the best equipment because instead of chasing numbers, if you focus on performance, your business will grow manifold,” says Agarwal.

GR Infraprojects began as the dream of Agarwal’s father, GR Agarwal, to build roads in his nondescript desert hometown of Churu, Rajasthan. “My father used to be in the food grain business in Churu. Our village wasn’t connected by road and he thought something should be done about it,” recalls Agarwal. “In 1965 he started work on road construction. At that time, there wasn’t much focus on roads from the government. For the next 30 years, we did work on small constructions, taking up one project at a time.”

The Agarwal family moved wherever their business took them, before settling in Udaipur, where GR Infraprojects is headquartered. By 1995, the company had been set up and it acquired the family’s partnership firm, M/s Gumani Ram Agarwal, which undertook the road construction business. All six Agarwal brothers, who joined the business when it was established, continue to hold stakes in the company, and are involved in various aspects of it.

The big break for GR Infraprojects came in 1996 when a new government took charge in Delhi. “The main story happened in 1996 when the Atal Bihari Vajpayee government came along and paid attention to road projects,” Agarwal says. “Vajpayee launched the Pradhan Mantri Gram Sadak Yojana [PMGSY] and the Golden Quadrilateral programme to improve roads. We were small contractors and didn’t qualify for the highway projects, but we qualified for PMGSY and worked on it for five years.” Many of the projects under the rural road programme cost between ₹1 crore and ₹3 crore.

The company subsequently began to dream big, gearing up to take on bigger projects. The first of these came through when GR Infraprojects became a subcontractor for a project undertaken by Ashoka Buildcon in Rajasthan in 2005. “We managed to complete the project really fast,” says Agarwal. Impressed by their work, the Road Infrastructure Development Company of Rajasthan asked GR Infraprojects to begin participating in highway projects.

“There was a project worth ₹150 crore, where the bidder wasn’t able to complete the job; that was handed over to us,” says Agarwal. “We had such a tight schedule, and we finished it within record time. That’s how our reputation picked up.”

As business grew, GR Infraprojects also ensured that a bulk of its projects were in the EPC segment. In this model, the construction of the road is executed by the private developer, but funded by the government. At a time when Indian companies were chasing the build-operate-transfer (BoT) model, Agarwal knew the risks involved. Under the BoT model, private developers invest their own money and recuperate the investments through toll collection or by fixed annual revenue from the government.

“There was a lot of aggressive bidding, and that’s how companies got messed up. That’s how we stayed safe,” Agarwal says. “Our father told us to keep debt in control and ensure timely payments. That way, you will never have trouble.” Today, the EPC business contributes almost 95 percent of the company’s order book. 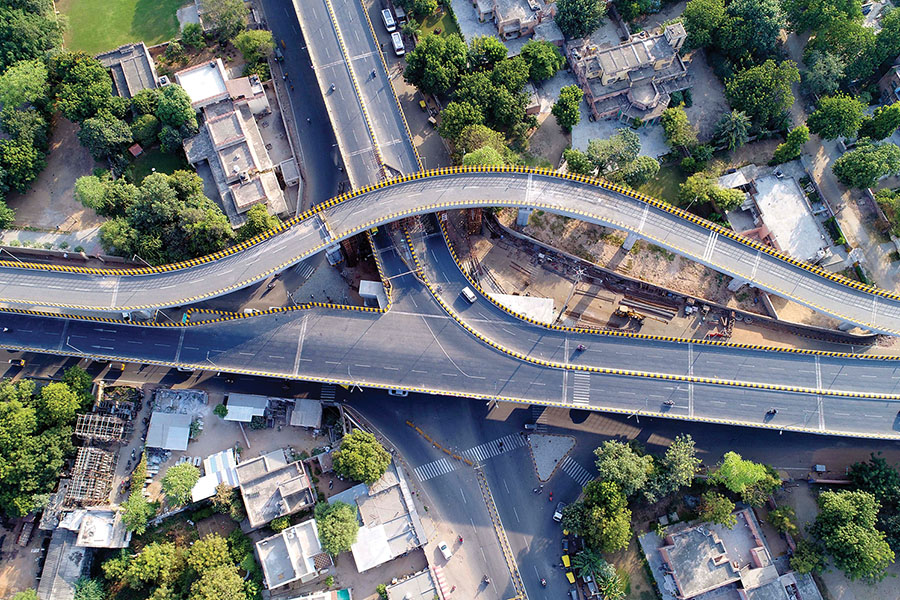 A multi-level flyover built by GR Infraprojects in Jodhpur in 2017
As the Narendra Modi government adds 28 km of roads a day, “We are getting a lot of projects, so it’s good for us,” says Agarwal. “Land acquisition problems have reduced, and in the next five years, we will see growth. We have also begun work on laying rails for the Indian Railways.”

The company is firming up plans for its initial public offer. It will also allow existing investors Motilal Oswal PE (it holds a 9.9 percent stake) and IDFC Alternatives the opportunity to exit the company. “We have minimum debt based on our top line, and because of financial discipline, our rating is also the highest in the industry,” Agarwal says.

Now, as the company looks to diversify, it has another target in mind. “In our business, L&T is the name to reckon with,” says Agarwal. “Every company in the construction business dreams of becoming L&T. Our dream is that in terms of quality and speed, we should be better than L&T. In terms of size, we will certainly grow. Targets are never impossible.”

Tweets by @forbesindia
Collaborate yes, but think about it first
Hindalco to acquire US-firm Aleris through subsidiary Novelis in $2.58 billion deal