Riding on the ecommerce boom, the logistics service provider has grown into a formidable player in just two-and-a-half years 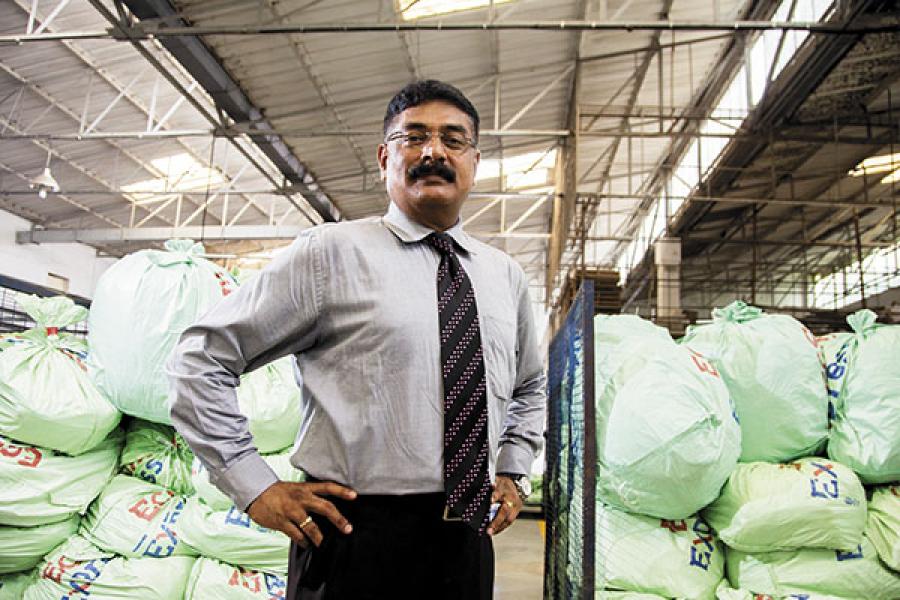 One April evening in 2012, TA Krishnan was having a convivial dinner with Sanjeev Saxena, K Satyanarayana and Manju Dhawan. They were colleagues at Blue Dart, the express industry major, and had worked together to conceptualise, launch and run its service for ecommerce players. Launched in December 2009, it had been a resounding success, making Rs 100 crore in revenue in the first year itself, helping Blue Dart stave off a potential crisis. (The economic crisis of 2008 had been a serious blow: Twenty-six percent of Blue Dart’s revenue came from deliveries to banks and financial institutions.) 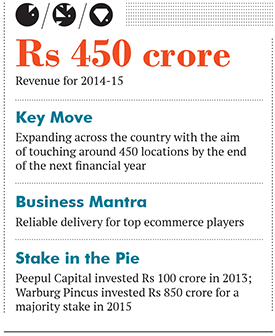 In 2009, India had begun to see the resurrection of entrepreneur and investor interest in ecommerce, but the industry had delivery pain-points. Established couriers, Krishnan says, were focussed on B2B, and, “maybe they couldn’t change their processes just because the sector was looking attractive; after all, you could not have known if it would turn the 2000 way, when the dotcom bubble burst.”

Krishnan and his colleagues, however, were convinced that the sector would grow. That evening in 2012, they began talking about starting their own firm. Soon, they were spending weekends working on business plans. And on January 31, 2013, with their own funds and Rs 5 crore from angel Oliphans Capital, they launched Ecom Express, with 42 offices in 35 cities across north India.

By June 2013, revenue was Rs 6-7 crore a month, which indicated serious demand; but to meet it, they required serious capital. They soon found an investor in Peepul Capital, who put in Rs 100 crore, and Ecom Express quickly expanded to 212
cities in time for India’s peak shopping season, starting with Raksha Bandhan in late August. It paid off again: “From July to October, we jumped from about 40,000-odd pieces a day to around 1 lakh,” says Krishnan.

The person behind it
Krishnan, Ecom Express’s CEO, is an express industry veteran. He headed Blue Dart’s north India operations and led their ecommerce offering. Co-founders Saxena (operations, security, regulatory and IT), Dhawan (customer service), and Satyanarayana (finance and HR) were part of his north India and ecommerce teams.

Why it is a gem
Many of the players in the ecommerce sector could implode, but the survivors will continue to need reliable delivery partners. Warburg Pincus’s Sawhney says, “As in China, we expect a few large players to establish themselves as leaders in the ecommerce logistics sector in India and we believe Ecom Express is well placed to emerge as a potential industry leader.”

Ecom Express already serves every e-seller of consequence: Amazon, Flipkart, Snapdeal, Myntra, and a host of others. It is now expanding its reach in north, south and east India, and aims to touch around 450 locations by the end of the next financial year, and to more than 1,000 cities and towns by the end of 2016-17. Revenues for 2014-15 were around Rs 450 crore.

Ecom Express isn’t making profits yet, but as Krishnan says, “It’s not impossible. It’s a function of where you want to cut off. If we decide that, say, 450 cities is what we want to cover, we could become profitable the very next year.”

There are no immediate plans to go public. Krishnan says, “It all depends on how effectively and efficiently we are able to use the current round of funding. We intend to get into warehousing and a fulfilment centre; if that, put together with the last-mile, does well, [Warburg Pincus] would probably not go for the IPO. A lot of other companies besides us are getting funded. We do believe this euphoria, if you want to call it that, will last for at least another couple of years.”

Why it was hidden
The delivery end of the ecommerce business is largely invisible, especially when it’s working efficiently; the vendors get all the attention. Ecom Express has grown phenomenally quickly—two-and-a-half years—and has raised funding with little fuss.

Risks and challenges
Krishnan says they have two main threats. One, the legal framework: “With sales tax rules as they are currently, each state is like another country to deal with.” Two: Infrastructure, especially lagging aviation capacity. An additional challenge: “The hyper-local model coming in and acting as a disrupter, because it will probably try to draw talent away from the existing courier companies.”

Tweets by @forbesindia
The heritage versus development conundrum
TCNS Clothing: An ethnic jewel