The heritage versus development conundrum 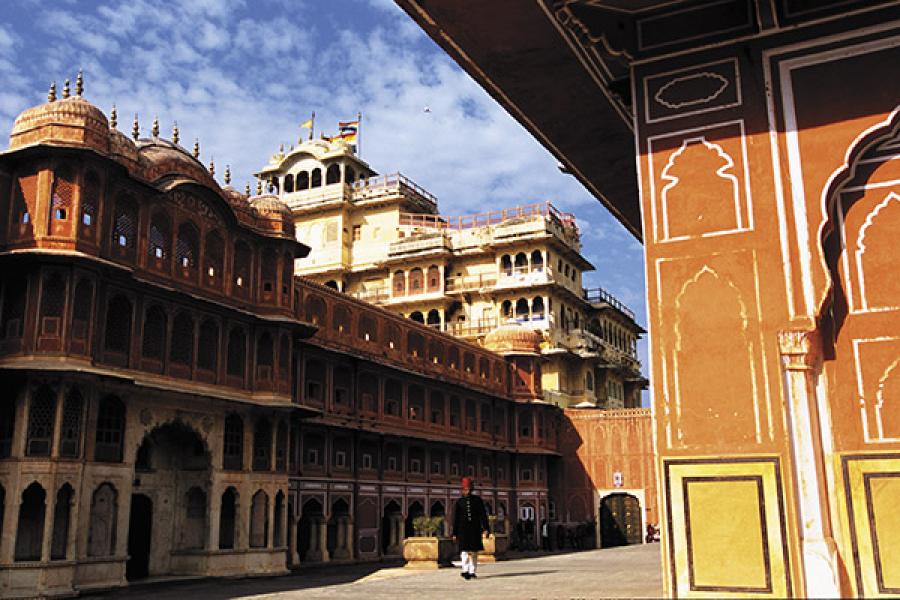 Conserving heritage structures in urban areas presents unique challenges and opportunities. Kamalika Bose, who has worked for 10 years in the fields of heritage-oriented planning, advocacy, design education and research in India and abroad, deconstructs the environment surrounding the preservation of these structures in India, and highlights lessons that can be learnt from examples within the country and overseas.

Q. What are the main issues regarding the conservation of heritage structures in India?
There often tends to be a limited view on what can be considered heritage structures. India provides a wide canvas of historic resources found within ancient ruins, archaeological sites, sacred centres, medieval towns, feudal provinces and colonial cities. Unlike some ancient civilisations, which flourished and then completely collapsed (hence creating a finite set of historic buildings and artefacts), we have been in continuum, and, in that sense, have a problem of plenty!

Our landscape has been shaped by conquests and settlers, the rise and fall of urban centres, and it is today being reshaped by globalisation. Each phase has left its own unique imprint. Hence, Indian cities provide a complex arena within which questions such as ‘What to conserve?’, ‘Whose to conserve?’, ‘How much to conserve?’, ‘What to let go of and why?’ become fairly contentious.

Institutional apparatuses have listed heritage buildings by grade, taking cues from European systems. While this narrows the scope to a more manageable number of edifices for potential protection, restoration or rehabilitation, it opens up a different Pandora’s box. What about those that didn’t make it to the list? Why list only individual structures and not ensembles like streetscapes and neighbourhoods? That is exactly how we prefer to save the cherries on the cake, while the cake itself is left to rot.

A classic case is Agra, where the average visitor makes a pointed visit to the Taj Mahal, the Agra Fort, maybe Fatehpur Sikri—and then leaves since the rest of the city—its architectural integrity, sanitation, traffic management, amenities—has collapsed. The celebrated historic monuments stick out in an overall landscape of squalor. On the contrary, Jaipur is a good example of balancing monument conservation—such as the City Palace, Hawa Mahal, the forts—with the city’s fabric that ties and contextualises the landmarks.

Q. What are the issues with regard to structures in urban locations?
Well, naturally, the rate of change is much higher in urban centres and, more specifically, in emerging or thriving megacities. Pressured land, changing aspirations, higher disposable incomes, along with a nexus between politics and the realty markets give conservation a low priority, either for the authorities or the common man.

Out with the old, in with the new becomes the mantra. In the demand for world-class airports and condominiums, we often forget to balance our new desires with value for the old; places that lend character and identity. The soul of Delhi, even today, remains Shahjahanabad; it does not shift to Gurgaon or Noida. The heart of Pune is still its seven Peths, and not Hinjewadi. We need to acknowledge that and help enhance these ageing cores to survive future challenges. Conservation that dovetails into the agencies of city planning and economic development is a very powerful tool to address this issue.

There is a saying that poverty is preservation’s best friend as it typically means that old buildings are left alone. And hence, prosperity can be its equally unlikely enemy. Look at Mumbai, where conservationists valiantly fight a difficult battle to save anything outside the Fort Precinct (which itself was a huge win back in the 1990s). In comparison, Kolkata has managed to retain a huge repository of its built heritage, which might be derelict and ill-maintained, but at least survives and lends hope, only because the city was economically written off.

Q. What are the usual methods of conserving heritage buildings?
Fortunately, India is yet to become a completely industrialised economy, unlike several countries in the West, and hence our traditional wisdom, building technologies and craft traditions are alive. Obviously, with lack of proper patronage, several are on the decline and being slowly lost, but it’s still possible to find good karigars and mistries to do high-quality restoration. It is still a fairly labour-intensive process, thus creating employment and sustaining livelihoods.

Methodologically, there are clear scientific processes that require understanding the DNA of the building—its construction period and system, material composition, historic layers, and the nature of successive alterations. Additionally, there are aesthetic aspects: Ornamentation, and details requiring historical research into architectural styles, iconography, art and craft. These help in determining a period of significance for each, so that conservation can be closest to those parameters. And, finally, an understanding of the old and new, in gauging what materials are compatible with historic patinas.

Acknowledging that some techniques and processes—like a type of historic paint, or floor tiles, or building mortar—might be extinct now, how far does one go in recreating or substituting the same? Many purists believe conservation is about taking an 18th century building back into that era, but unfortunately we are in 2015 and must not be wearing blinkers. In that sense, modern technology has helped in providing tools to assess historic buildings, determine ways to structurally stabilise wall and floor systems, and suggest economical substitutes. Not everyone can afford Burma teak and Makrana marble to restore their heritage buildings. 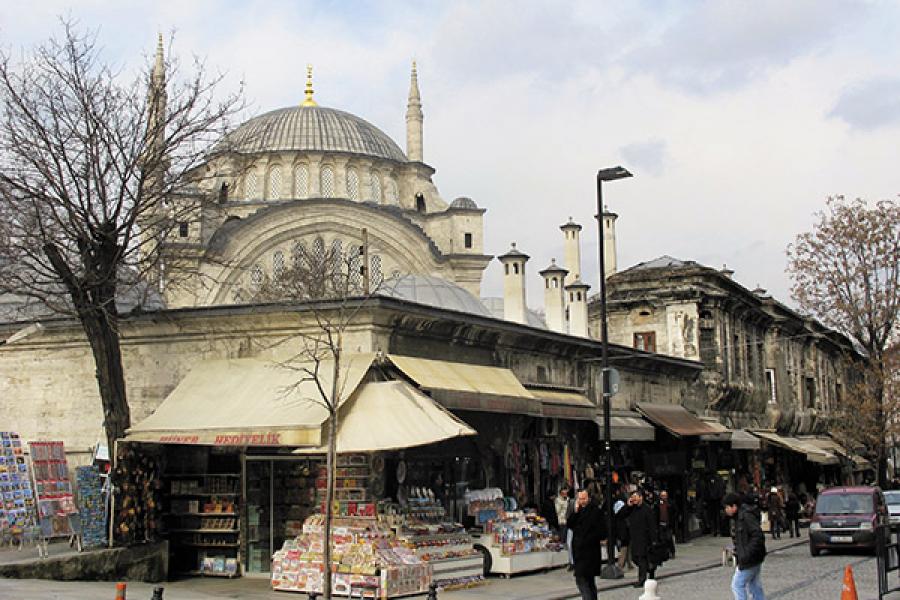 Q. Who are the people/authorities in charge of conservation?
This question invariably brings in aspects of ownership: Who owns the different configurations of built heritage and, hence, who is accountable for its conservation? The earliest dedicated institution set up for this was the Archaeological Survey of India (ASI), now housed under the ministry of culture. Its mandate is to protect ancient monuments and archaeological sites. But this inventory is only the tip of the iceberg, and excludes an entire galaxy of unprotected buildings and settlements. Then there is the government, which is the largest holder of historic buildings, coupled with agencies like the railways, port authorities, and armed forces.

Next comes private ownership: Institutions and individuals. But these are cases of singular, clear ownership, and hence conserving these buildings is a comparatively simpler task, but also an easy target for demolition. The scenario becomes complex with multiple stakeholders and varied agenda. So, tenanted buildings and markets are more difficult to repair. And herein lies the power of residents, local communities, and action groups at the grassroots as agencies of change, something that is relatively unexplored in India.

Q. What are the hurdles to conservation in India? Are these different from challenges in other countries?
Lack of awareness, intent and value of our rich heritage—whether among individuals or authorities—is the foremost hurdle. Everything else springs from this ignorance and disdain. We might find heritage structures charming and nostalgic, but fail to see the sense—economic and aspirational—in really saving them.

There are deep-rooted flaws in our regulatory and planning processes that view conservation as a regressive act paralysing development; something that can’t be farther from the truth. The absence of a system of designations, and ambivalence towards signifying heritage zones and districts, is a huge problem. Heritage legislation often lacks teeth due to poor enforcement and penalties. The lack of incentives makes it unattractive for owners and developers.

Interestingly, most countries in Europe and some cities in the US thrive on conservation, earn revenues and are self-sustaining, while enhancing the liveability of the city. Other than population-related differences, urban challenges aren’t very different in other countries; it’s the nature of solutions that makes all the difference. For example, London was facing the same dilemmas about its industrial heritage—the obsolete warehouses along the Thames that were creatively retrofitted, or its classical public markets leading the 1970s Covent Garden revival. New York City continues to debate whether New York University should devour and alter the quaint West Village for its expansion. If we look at another Asian culture, Thailand has done extremely well in balancing its historic environment with its global aspirations.

Q. Are there any ideal examples of conservation in India? How would you compare this with an example from another country?
I would not label any one approach as an ‘ideal example’, as conservation is deeply affected by local factors. That said, surely a few good examples exist in India that address specific issues and challenges fairly successfully. Intach [Indian National Trust for Art and Cultural Heritage] Puducherry’s streetscape restoration along Vysial Street in the Tamil quarter embeds lessons in cohesively enhancing neighbourhood character.

Compared to other countries, and I don’t only mean looking far West, these are baby steps, but still steps in the right direction. In a country where urban heritage and its conservation is a fairly recent development, it will take time to mature.

The one international example that echoes strongly, from which Indian cities could take valuable lessons, is perhaps Istanbul. Be it the retrofit of the dysfunctional old prison into the plush Four Seasons Hotel in Sultanahmet or the historic streetscapes of İstiklal Caddesi, a buzzing commercial district, or the restored quaint alleys around Galata Tower where the locals live, Istanbul is a great mix of a truly global city that retains and celebrates all layers of its historic past.

Kamalika Bose has studied Historic Preservation Planning at Cornell University, and has worked at the Historic Districts Council and Cooper Hewitt Smithsonian Design Museum, New York; she is now at the Urban Design Research Institute in Mumbai.