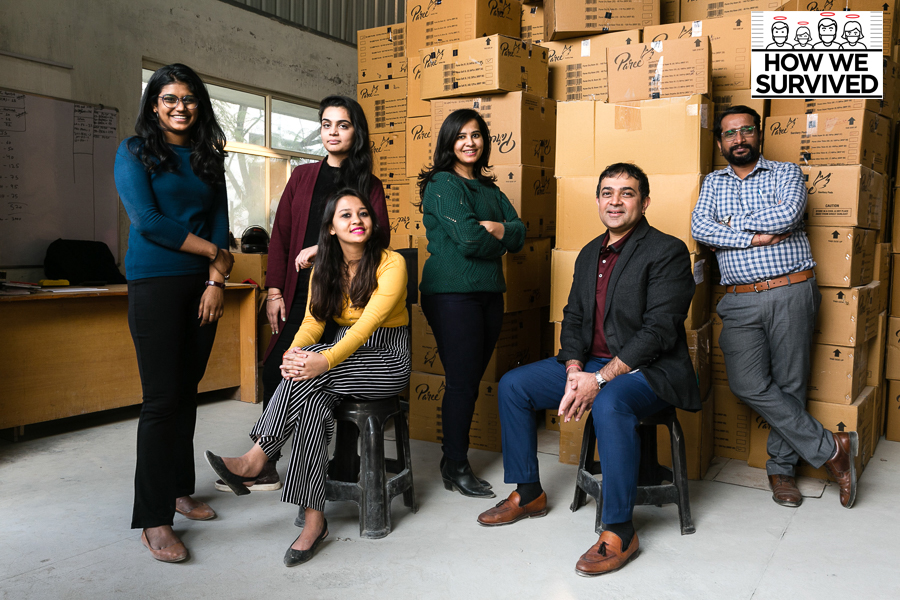 'How We Survived' is a series of stories on businesses—big and small—that innovated or pivoted during the coronavirus crisis to survive. For all the stories in this series, click here

A career in ‘buy-side’ makes one smart enough to know the ‘sell side’. Well, that’s what the conventional investing mantra states. Back in 2001, when Sahil Dharia started his career at UBS Investment Bank in New York, he was gradually getting a hang of three crucial things: Number crunching, data slicing and in-depth market analysis. “I was on the buy-side for two years,” he recounts. Buy-side is the side of the financial market that buys and invests securities. As an analyst, Dharia learnt the art of how, when and where to deploy capital. The learning, though, was incomplete. There were two ‘Ws’ missing. 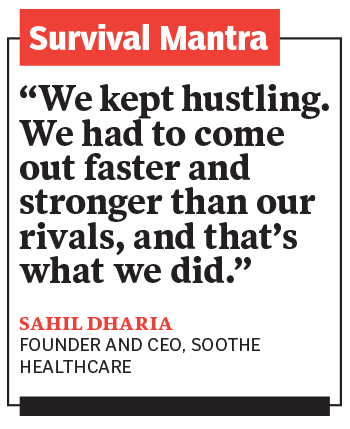 Cut to 2012. When Dharia quit his job as global head of operations, (investment research content) at Thomson Reuters, he was supporting operations with over $200 million revenue footprint across the globe. The 32-year-old had cracked the first ‘w’ when he decided to turn employer. “I knew who to call,” recalls Dharia, who called up his old boss at UBS and discussed the business venture. The boss was sold out. “I have been waiting for this call for years,” he quipped. The next line sealed the fleeting conversation: “How much money do you need to start?” Dharia started his Day 1 with Rs 8 crore as seed investment.

The second missing ‘w’ flowed from the first one. When Dharia took the entrepreneurial plunge and started Soothe Healthcare in 2012, he knew the ‘why’. “I wanted to do something that was good for business, and good for community,” he recalls. Nothing better than the business of sanitary pads. Why? Two big reasons, reckons the founder and chief executive officer. First, only 12 percent of women in India used sanitary napkins. Now the community problem: High school dropout rate of girls across India due to menstrual hygiene issues. Second, most of the women who were using napkin were largely confined to top cities and metros. Bharat—small villages, towns and cities—offered a massive headroom for growth. “We wanted to be Pond’s and Lux. We didn’t want to be Forest Essentials,” he says, alluding to the mass popularity of the soap brands of HUL, and the niche luxury play of Forest Essentials. Dharia, subsequently, started a pilot for Paree sanitary napkins in Pune and Cochin, and rolled out the product in Punjab in 2015. The same year, shuttler Saina Nehwal was roped in as brand ambassador, who later became an investor in the company.

Five years later, in September 2020, the first-time entrepreneur dipped into one of his ‘Ws’ of investment banking experience to fight the pandemic. After pressing on the investment and distribution pedal for five months—sanitary napkins as a category came under essential goods during the lockdown—the entrepreneur rolled out baby diaper brand Super Cute’s. “You need to know ‘when’ to launch a new product,” he says. Crisis is the best time to step on the gas. Formula 1 drivers, he lets on, know that one needs to speed at the corners and not slow down. “That’s what gives you an edge,” he says. Super Cute’s, Dharia contends, has given the company a sharp thrust, and edge over rivals. “In four months, we have already hit a revenue run-rate of Rs 40 crore,” claims Dharia. Soothe Healthcare, the maker of Paree and Super Cute’s brands, is all set to cross the Rs 100-crore revenue mark in March this year. “Thanks to three Ps, we were able to tide over the crisis,” he says.

Dharia breaks down the 3Ps that helped in weathering the Covid storm. First was people. The company rolled out a ‘Partners in Progress’ programme to spot and reward high performers in terms of Esops (employee stock ownership plan). Dharia fixed only one criterion: Outsized performance. “There was no hierarchy. It was open to all employees,” he says, adding that over 40 percent of his workforce and 80 percent of the corporate team is made up of women. The strategy worked. While from April to August, the staff aggressively pushed napkins deeper into Uttar Pradesh, Bihar and Madhya Pradesh—the top three revenue-churning states for Paree—post September, all focus shifted to the new baby on the block.

The second P was pace. Dharia, along with his core team, prepared a blueprint of how to scale up production of sanitary napkins—declared an essential item in late March by the government. The task, though, was not easy. The lockdown put a spanner in the plans of the offline-heavy brand, which had grown at a scorching pace over the last year: From a tidy Rs 15.2 crore revenue in FY19 to Rs 40 crore in FY20. For the sales team, going deep into the hinterland was daunting.

The third P was product. Dharia, who had been planning to get into the baby diaper segment for a while, had strong reasons to accelerate the pace during un-lockdown. “Only seven percent of Indians use baby diapers,” he says. The dynamics and synergies of napkins and diapers are the same: Low penetration, massive headroom for growth and three big players in Pampers, Huggies and MamyPoko. For the entrepreneur, who had erred a couple of times in terms of frequently changing the packaging of Paree during the initial years, the timing made perfect sense to roll out diapers.

The backers are happy with the performance during a pandemic year. “Paree is poised to be a disruptor in a category which is completely duopolised in India,” says Nikhil Vora, founder and CEO of Sixth Sense Ventures, which is the first and biggest institutional investor in the company. “We like the product, positioning, pricing, and the placement,” he says, declining to reveal the stake his fund has picked up in Paree. The investment trigger in Paree, he explains, stems from the fact that feminine hygiene is the most underpenetrated category in India. “Interestingly, it has the largest consumption period in a consumer lifecycle of almost 40 years,” he says, adding that Paree has picked up considerable pace over the last two years. 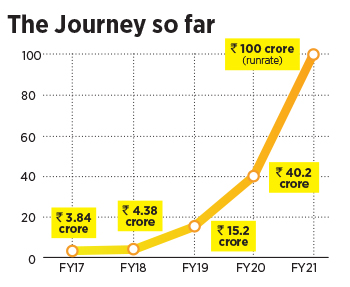 Marketers are not startled with the accelerated growth. Reason: The brand was smart enough to stay away from saturated and highly-competitive top cities, which is dominated by the big players. Blue ocean strategy—a market where there is little or no competitive intensity—has worked brilliantly for Paree. “Cities might have given them eyeballs, but no guarantee of mindshare or market share,” says Ashita Aggarwal, marketing professor at SP Jain Institute of Management and Research. Sanitary napkins as a category is hugely under-penetrated. Bharat, she explains, is the best place to create a massive brand in terms of revenue and sustainability. Their growth in the Hindi-speaking states underlines the growth potential for any brand that offers value-for-money product and proposition. The strategy of focusing on Tier II and beyond, she underlines, also means that the fledgling brand doesn’t need to stand the heat from big multinationals.  Dharia, for his part, reckons that Paree is no threat to the big boys. “There is enough room for more players,” he says. From 12 percent in 2012, the sanitary napkin penetration has inched to 18 percent. “Now 18 percent makes it a Rs 4,500-crore market by revenue,” he says. Compare this with China, where there is 80 percent penetration. One just needs to get the Ws and Ps right to have a dream run in the business. Looks like a fairytale-in-the making for now.