The Road To Safe Workplace

According to the investigation, the accident is a consequence of poor highway conditions, non-existent road signalling, the lack of police patrols, and the use of a small three-door hatchback automobile with no air bags and a very weak steel frame design 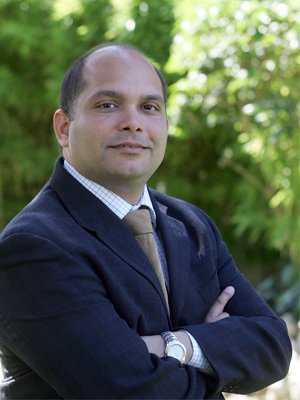 As multinational companies increasingly shift operations to the developing world, they encounter unfamiliar and challenging conditions, such as:
•    Extreme exploitation of workers,
•    The exploitation of children as workers,
•    The use of dangerous substances in the production of toys,
•    The kidnapping of employees in remote operations, and
•    The injury and death of employees and others in transportation-related accidents caused in part by inadequate and dangerous travel infrastructure.

As a result, many ethical questions emerge. For example, where do firms draw the line between appropriate and inappropriate labour practices? Who is responsible for ensuring that these practices are observed? What must management do to keep all employees safe?

Companies based in developed countries and, until recently, largely operating there can be jolted as they take on tasks such as recruiting host country workers, learning local legal-political-social issues, and installing new operations. While shouldering such tasks in the developed world is usually a matter of routine, companies often find that their customary procedures and actions don’t always fit well in third-world countries.

The most important point to stress is that companies can address the social and ethical challenges of developing-world operations by looking at specific cases that teach valuable lessons. Take, for example, the case of driving on precarious roads with inadequate vehicles.

Road to tragedy
In 2002, 1.2 million people died from road traffic injuries worldwide. Developing countries accounted for 88 per cent of these fatalities. The risk of a fatal accident while driving on poor roads in developing countries is principally associated with two main issues: the current state of the roads (e.g., potholes and lack of effective signs) and the historic lack of road maintenance.

Some multinational companies that have long operated in the developing world have both identified and, in some cases, aggressively addressed hazardous driving conditions:
•    Shell has identified road accidents as a cost and a risk to its business, aiming its efforts in particular at reducing traffic deaths.
•    British Petroleum (BP) suffered 48 fatalities related to transportation in 2003, including five employees, 15 contractors, and 31 members of the public.
•    Road accidents were the leading cause of work-related fatalities at Total in 2003, accounting for six of 11 deaths.
An associate of mine, Paul Esqueda, examined a traffic accident with multiple fatalities in a study reported in the Journal of Business Ethics. This study concerned a fatal car accident involving personnel of a multinational corporation in Venezuela. Three employees died while driving to call on customers.

One of those who died in this accident was “Liz” (a name chosen to disguise her true identity). Because Liz was survived by a six-year-old son, the family intervened by asking the company for compensation. We handled the conversations with the company, with the participation of other relatives affected by the crash.

Questions of safety
We found in our investigation that the accident was a consequence of poor highway conditions, non-existent road signalling, the lack of police patrols, and the use of a small three-door hatchback automobile with no air bags and a very weak steel frame design. One question quickly emerged for us: was that a safe workplace? And another, even more important, question followed: is safety while travelling for work the responsibility of the company, the local transportation authority, or the employees themselves?

Our investigation revealed that Liz and her colleagues were exposed to such travel-related risk for a long time. Many times over many years, Liz travelled over risky roads as a company representative. Hard-to-answer questions kept emerging. Why did she take those risks? Why would a multinational firm tolerate its employees taking those risks?

We found answers to our questions in studies by researchers Trimpop and Zimolong. They found that the context in which a person lives, including culture, influences both perception and tolerance of risk. After prolonged exposure to hazardous conditions, people relax their perception of risk. Thus, those who regularly drive long distances may underestimate the risk such driving entails. Moreover, the fact that road conditions are poor throughout a country can create a degree of acceptance. In addition, low-income populations may be more willing to accept risk in order to obtain or keep employment.


Addressing atypical risks
In light of the circumstances and findings in the case involving Liz, challenges to companies arise:
•    How can global enterprises act to move countries away from such a mindset and such hazardous conditions?
•    How can a company manage this high level of risk for its employees?
We believe that one explanation of this tragedy lays in the misapplication of practices that work well in developed countries but not in developing countries. The standards are not the same, and the contexts are vastly different. In developing countries, jobs related to transportation involve higher risks of injury and fatality. Multinationals have to understand these differences and respond accordingly.

We identified a set of three best practices that can help multinational companies deal with transport-related occupational accidents in a high-risk environment:

Introduce a safety culture. In too many instances worldwide, a lack of appropriate beliefs, attitudes and values regarding safety has contributed to infamous workplace accidents and tragedies. For example, a clear lack of concern for risks by Chernobyl’s operators was a fatal ingredient in that tragedy.

A benchmark that may be useful to companies in the creation and development of a safety culture is the set of safety directives observed in many municipal and rural fire-fighting departments. These statements attempt to promote a culture of safety in working safely and preventing risky behaviour. Firefighters are taught to be responsible for their own safety, as any worker should be.

Multinational companies should not expect local, in-situ management to effectively act in ways that minimise road traffic accidents, particularly in developing countries. We’ve found the lack of a safety culture even among professionals and managers (Liz herself was a manager). Global enterprises should regard, as an ethical mandate, the transfer of cultural standards from developed to developing countries.

Practice modern risk management. Risk management is a critical factor in the prevention of fatalities in high-risk workplaces, such as offshore oil operations. Best practices can prevent or mitigate the negative impact of explosions, collisions, and environmental catastrophes.

Exercise proactive corporate citizenship. We believe that corporate citizenship in today’s globalised world compels companies to address the problem of road fatalities in emerging countries. These firms have the resources — unlike many governments — to measurably alleviate a deplorable situation. Multinational firms must be leaders in ensuring that proper safety standards are developed, implemented and enforced by all stakeholders in a developing society, including employees, contractors, suppliers and customers.

Shell has done this by developing standards to help local communities in the countries in which they have facilities. For example, the company is involved in training and education through the Global Road Safety Partnership, developing safety booklets distributed throughout its communities and creating” Shell Traffic Games” that educate children.

Global workplace well-being
To be sure, the subject of multinational companies operating in developing countries is a large one. Yet, when it comes to safety, such companies should, at minimum, localise safety and risk management practices to mitigate the impact of dangerous driving practices on their stakeholders and act as good global corporate citizens by proactively addressing the problem.