Ela R Bhatt: All types of economies should co-exist

In our rush to develop India, we must not forget our poorest entrepreneurs 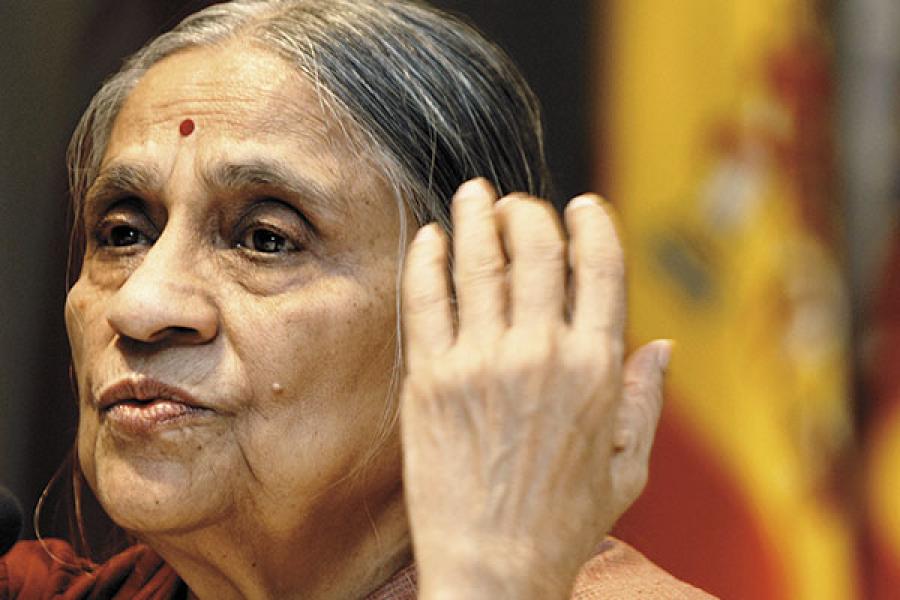 Image: Sergio Perez / Reuters
Ela R Bhatt founded Sewa (Self Employed Women’s Association) in 1972 and served as its general secretary up to 1996. She is a Padma Bhushan awardee and has won the Ramon Magsaysay Award and the Right Livelihood Award, among other national and international honours. She is a member of The Elders, an international NGO of public figures first convened by Nelson Mandela in 2007

I must start by saying my worldview of entrepreneurs is that of the poor, the self-employed and women.

My ‘self-employed’ include those who are economically active and working on their own account: The so-called informal sector workers, who comprise over half of India’s workforce. Most of them, particularly women, run single-person enterprises or family units. My observation, through the eyes of SEWA, tells me that they are either those who cannot get formal jobs or those who have lost their jobs, engaging in informal activities as a last resort; as piece-rate workers, street vendors, daily wagers or producers of goods and services for the open market. They earn their living taking risks with entrepreneurial spirit. More than 90 percent of the informal workforce in India are those who have inherited their occupation.

The legal, regulatory and policy environments often tend to be punitive towards them. Home-based workers (30 percent of women in India) are not recognised as workers, producers or entrepreneurs and are denied basic infrastructure services and housing tenures that would make their home-cum-workplace more productive. Women entrepreneurs also face threats from large-scale urban renewal and infrastructure schemes: Lack of basic services and slum relocations, or single-use zoning regulations, affect home-based production and sales.

Policymakers and legislators do not recognise or even perceive the contributions of the informal economy; rather, they stigmatise it as illegal or unproductive. Sewa has worked long and hard to change this mindset at the national and international level. There has been change over the years, but very slow, and implementation of laws and policies is weak.

Of course, there are promising factors too, like the encouraging and supportive judgments of the Supreme Court, city municipal corporations upgrading slums and providing basic services like water, sanitation, electricity, bus passes, etc.

Other positive, inclusive policies enhance opportunities for poor women entrepreneurs too. At Sewa’s initiative, the National Commission on Self Employed Women and Women in the Informal Sector was set up so that the NCEUS (National Commission for Enterprises in the Unorganized Sector) Report (Arjun Sengupta Report) and the Shramshakti report create the base for future laws and policies for women entrepreneurs.

As per the second Labour Commission’s recommendation, the Unorganised Workers’ Social Security Act, 2008 was enacted. (But the ILO Convention on Home Work is yet to be ratified by India and many other countries. The ILO Convention has the force of law.) The latest victory of SEWA’s struggle is the unanimous passing of the Street Vendors Act, 2014.

I would like to stress, we must promote and encourage all types of economies to co-exist and flourish together: Micro-enterprises can co-exist alongside small, medium and large businesses. Street vending can co-exist with kiosks, retail shops and large malls. Just like bio-diversity, economic diversity should be encouraged. That is the challenge before us.