Not Just Torchbearers, India Inc's NextGen Is Here To Stay

The next generation is stepping in to strategise, stabilise and expand 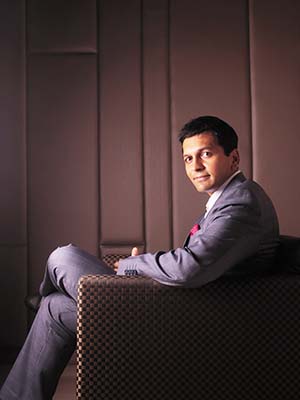 In August 2014, when real estate mogul Donald Trump announced plans of re-entering Mumbai with the launch of Trump Tower—a 75-storey landmark of luxury—this time in collaboration with the Lodha Group, it was Abhishek Lodha, 34, the scion of the Rs 8,500-crore group, who did the talking, alongside Trump.

This was indication enough that the face of India’s top luxury real estate developer, the Lodha Group, has begun to change.

In 2003, Abhishek, who has a degree in industrial engineering from Georgia Institute of Technology, joined the company after a short stint at McKinsey in the US. “The only thing you knew is that you didn’t know everything,” he says about his early days. Ten years later, after having worked with his father—the self-made billionaire and group founder Mangal Prabhat Lodha—Abhishek has cemented his position as his undisputed heir.

Last November, he announced a bold plan of expanding the brand overseas. Till then, the real estate developer had specialised in providing high-end luxury housing in Mumbai and neighbouring Thane district. The group acquired two marquee properties—Macdonald House and New Court—in London, which now have a combined value of £400 million. “The key was to grow and build a sizeable business,” Abhishek says, explaining the rationale of expanding operations to London.

The group will remain focussed on developing properties in India (and London) with Mumbai as the core market followed by Pune and Hyderabad. It is developing more than 20 projects, which translate to more than 35 million square feet of
real estate.

Abhishek and his team want the group’s sales turnover to more than double to Rs 20,000 crore by 2017. The Trump Tower and the upcoming 117-storey World One luxury tower will definitely assist that. 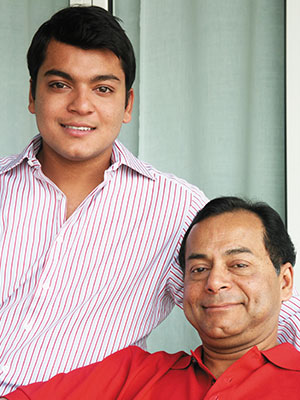 America must feel like a home away from home for Rewant Ruia, 31. The newest Ruia to join the $39 billion Essar Group has spent much of his life in the US; he’s spent high school, college and graduate school years there, and now he’s a director, heading Essar’s North America operations. The son of Ravi Ruia, who founded the group along with brother Shashi, often shuttles between Mumbai where the company is headquartered and the East Coasts of the US and Canada where the firm’s big North American units are.

Rewant, who holds an MBA from Stanford University, looked at telecom, retail and shipping when he joined the group at 22, but today, his work is much more in line with the conglomerate’s core expertise—steel, mining and infrastructure. He was put in charge of the North America business in 2010, including Canada-based Algoma Steel (acquired for CAD$1.85 billion in 2007), US-based Trinity Coal (acquired for $600 million in 2010) and Minnesota Industries (acquired in 2007).

He has his work cut out: With the North American steel market slowing down, Algoma is in the midst of debt restructuring as it staves off bankruptcy; the shale gas boom has spelt trouble for coal makers and Essar had to pump in $150 million into Trinity Coal in February 2014 to save it from bankruptcy. His challenge will be bringing IT and streamlining processes to the North American turnaround.

After four years of falling net worth, Shashi and Ravi Ruia bounced back in 2014, adding an estimated $400 million. They will be hoping the Next-Gen can continue the rebound. 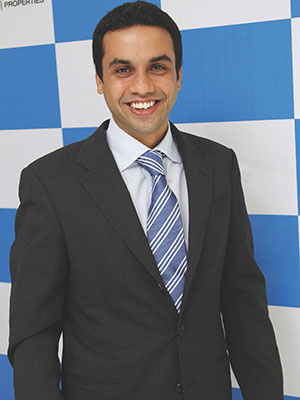 Pirojsha Godrej
CEO and MD,  Godrej Properties
Since taking over as chief executive of Godrej Properties in 2012, Pirojsha Godrej, 33, has hardly taken a wrong step. Revenues have doubled to Rs 664 crore since he took charge. There are several reasons why Godrej Properties has had a good run. First, it has a large land bank in Vikhroli in suburban Mumbai which it plans to release gradually. This is annuity revenue for the firm—steady and immensely profitable.

Second, the company has shied away from the land banking model. Large developers like DLF and Unitech have, in their rush to increase valuations, bought large chunks of land across India. But after the 2008 Lehman crash, the market started valuing developers on revenues, and not on the value of land on their books. This resulted in developers like Godrej Properties benefiting. Godrej, for the most part, signs joint development agreements where the cost of land is split with the owner. This results in it having to spend less on land, which is a major cost in metros.

For now, Pirojsha has gone about expanding his company and launched projects in Mumbai, Kolkata and Kochi. The brand fetches the company a 5-10 percent premium.

Pirojsha’s target: To take the firm’s revenues to $3.6 billion by 2020. “It’s more an aspiration than a target cast in stone,” he had told Forbes Asia in an August 2012 interview. 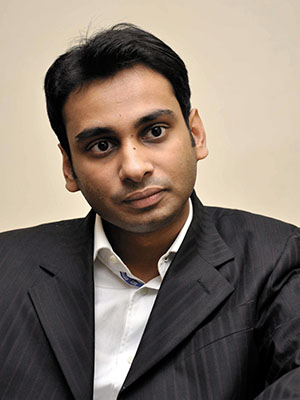 Raman Mittal might be from the family that owns Sonalika Group, the third largest maker of tractors in India, but the 29-year-old third-generation entrepreneur says: “Cars are my first love and that is what comes naturally to me.” The love for the faster of the automobiles has seen Mittal cutting his teeth at the group’s car unit ICML, which launched the Rhino SUV in 2006, the year Raman formally joined the business.

That passion, however, has taken a backseat for now and plans for a “world car” have also not fructified. Instead, Raman is now pushing the family’s goal to reach the 1 lakh-figure in annual tractor production by 2016. The group’s flagship company International Tractors Ltd, which manufactures Sonalika tractors, sold close to 80,000 units in 2013 in India and overseas markets.

“We manufacture almost 90 percent of a tractor’s parts in-house. And we make engines, which we also supply to General Motors in India,” says Raman. That explains the company’s better-than-average 20 percent margin. Earlier in 2014, the family announced a Rs 500-crore expansion plan to double its production capacity to 2 lakh units per year by June 2015.

Raman, who completed his engineering in Punjab and MBA from Delhi, is also spearheading the firm’s aggressive marketing campaign, which is focussed on the Southern Indian markets. The company’s media campaigns and product brochures are now available in nine languages.

Raman counts his grandfather LD Mittal as his biggest inspiration. And just like the group founder who had not lost out on his dream to transform his agricultural implements business into a successful tractor manufacturer, Raman has kept his pet project at the back of his mind. The official view is that the family is waiting for the “right time” for its world car.

Tweets by @forbesindia
Madhukar Parekh Of Pidilite Is Moving From Strength To Strength
Shruti Shibulal: Translating Passion Into A Successful Business