The billionaire faced trouble in real estate, and Piramal Enterprises' exposure to the sector caused its shares to drop as much as 20 percent this year. That decline dragged Piramal's own net worth down 41 percent to $2.95 billion, and pulled his rank down to No. 45 on the Forbes India Rich List, from No. 24 last year 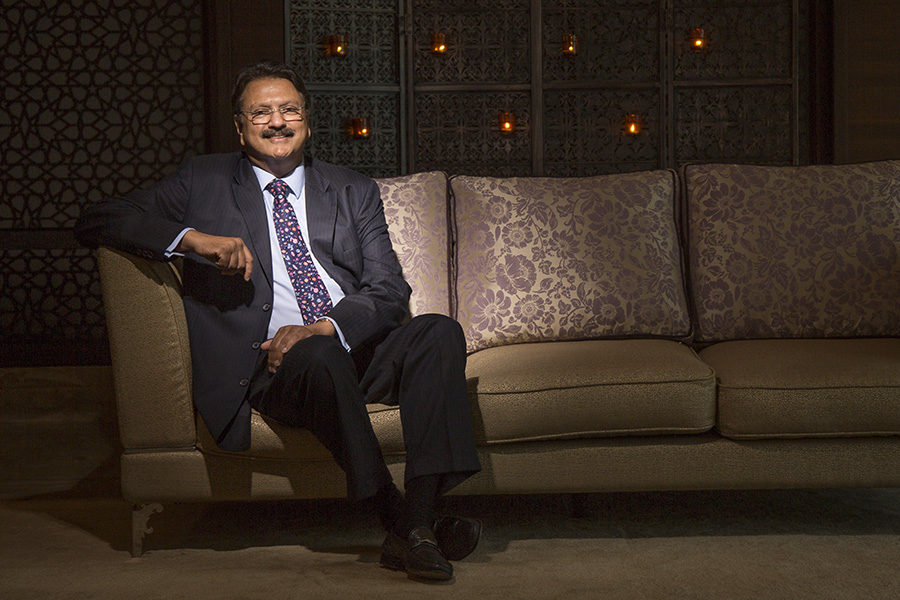 Bollionaire Ajay Piramal got caught up in the credit crunch roiling India’s property market in the past year after his flagship Piramal Enterprises was hit by concerns of being vulnerable to weakened lenders and developers.

While operating profits have continued to grow alongside assets at its property financing unit, Piramal Enterprises’ exposure to the sector caused its shares to drop as much as 20% this year. That decline dragged Piramal’s own net worth down 41% to $2.95 billion and pulled his rank down to No. 45 from No. 24 last year. “We are trying to reduce our exposure,” says Piramal, 64. “We are diversifying from wholesale lending to more retail lending for home buyers.”

Navigating India’s housing mess is a long way from Piramal’s roots in the family textile business, where he started in 1977 at age 22. In the 1980s, Piramal started buying pharmaceutical companies and in 2010 sold part of his holdings to pharma giant Abbott Labs for roughly $3.7 billion.

Piramal used those proceeds to enter financial services. Pharmaceuticals are now just over a third of iramal Enterprises’ 132 billion rupees ($1.9 billion) in consolidated revenue. Financial services account for more than half the revenues, mainly from its  property financing unit, and roughly threequarters of the profits.

Last September’s default by one of the country’s biggest developers, Infrastructure Leasing & Financial Services (IL&FS), triggered a credit crunch as banks and other lenders reined in credit to housing finance companies.

And things could get tougher for Piramal, analysts say. “The real estate environment could possibly deteriorate further,” says deputy head of research Alpesh Mehta at Mumbai’s Motilal Oswal Securities. “They do have lumpy exposures and even one or two accounts can change the gross nonperforming assets for them.”

The company has responded by shoring up its funding, replacing short-term borrowing from risk-averse mutual funds with longerterm bank loans. But rather than retreat, Piramal Enterprises had grown its loan book by 20% for the quarter ended in June 30. The company notes that it’s financially secure, with more than 99% of its loans performing and having only half the industry’s average leverage. “Even in the most difficult environment our assets have come out good,” says Piramal. “So our underwriting has been good.”

Piramal says he’s talking to potential investors about raising as much as $1.5 billion in new equity, in part to fund acquisitions. “We will see consolidation as several companies in the nonbanking financial services sector will find it difficult to survive,” he predicts.