Sanjay Gupta, global chief executive officer of language education startup EnglishHelper, speaks about how technology can help give India's low-income population access to language tools, and the troubles of working with government schools 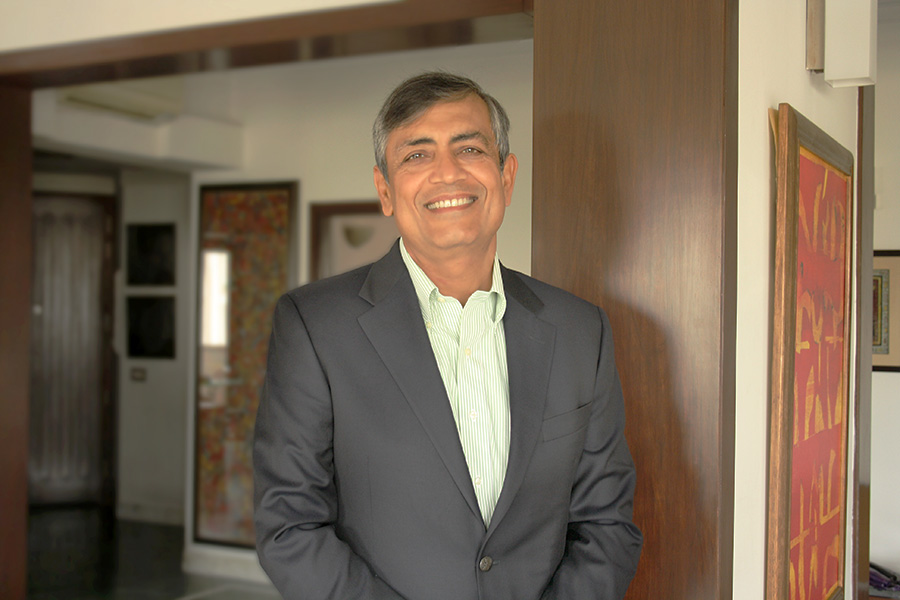 
It is imperative, says Sanjay Gupta, global chief executive officer of language education startup EnglishHelper, to glocalise the English language. While grammar is important, India needs to shake-off language ‘colonisation’, adds the chief of the company, which was started in 2011 by Boston-based cognitive scientist and serial entrepreneur Venkat Srinivasan.

When EnglishHelper launched India operations in 2013, it was extremely difficult for private operators to obtain entry into a cohort of government schools. The growth over the last few years, however, has been impressive. From working with 100 government and government-aided schools across six states in 2013, it has spread its network to 25,000 schools across 27 states so far. “The target for next year is 1 lakh schools,” says Gupta, in an interview with Forbes India. Edited excerpts:

Q. You claim to solve India’s early grade reading crisis. How has the going been?
In 2013, EnglishHelper launched the RightToRead initiative with 100 schools, a programme that uses reading and comprehension artificial intelligence software to enable reading of English textbooks in a multi-sensory way. In two years, the programme reached over 5,000 schools across eight states, covering 1 million students. This was a partnership with various agencies including the United States Agency for International Development (USAID).

Independent assessments underscored the value of the programme, as students recorded 20 percent to 40 percent improvements. Today, the RightToRead footprint reaches across the country, and is estimated to reach 100,000 schools and 20 million students by 2020.

The programme has been successful for various reasons, including the fact that it is integrated with school timetable. So it does not require additional classes. Moreover, the software can be used offline and across multiple devices and systems.

Q. What were the early challenges when you started operations in India?
To begin with, it was extremely difficult for private operators to obtain entry into a cohort of government schools, spread across multiple states. We partnered with an NGO (American India Foundation) to launch its proof of concept first, in six states. Subsequently, the partnership with USAID added much needed credibility and visibility.

On the ground, the challenges were often structural. While our experience with teachers and administrators was encouraging, the hurdles were largely the lack of basic tech infrastructure and electricity. In some regions, academic activity is often interrupted because of reasons like social and political unrest and the weather.

In a certain state, only 30 percent of programme ran, because that’s how long the schools were operational for.

RightToRead, infact, helped overcome some such challenges. For example, a school with acute teacher shortage has often more than 150 children in a classroom. It is near impossible for even the most capable teacher to achieve meaningful outcomes. With AI-enabled reading of English textbooks, where the book is projected on a large screen and each word is read loud by the software, even large classrooms saw an improvement in students’ English proficiency. In a village school, a Hindi teacher was deputed to teach English. By her admission, the software assisted reading of textbooks in class made her task significantly simpler.

Q. Where does government schooling stand in terms of English learning?
Let’s have a look at the numbers. India has about 400 million people learning English. While about 250 million are school-going children, it is estimated that 150 million youths and adults aspire to achieve their desired level of English (mostly speaking) proficiency. While India has about 1.5 million schools, there are 1.2 million government schools. Our government school system is not delivering, which is evident from multiple surveys. A significant majority of students graduate from school barely able to read or comprehend English.

Many people then have to learn English outside school. Credible coaching institutes are few, and not always affordable. So there will be an increasing shift towards ‘blended’ apps or those that provide both technology-enabled self-learning, and live, online classes. EnglishHelper has partnered with an edutech organisation, Schoolnet, and launched an affordable app aimed at low-income job-age youth. The uptake is already indicating where the market is expected to go.

Q. How challenging is it to work with government schools?
We believe that just like with telecom almost three decades ago, the public education system must also move towards greater public-private partnerships. We must embrace new-age technology, but not ignore the threat that the lack of computational ability poses for our children.

Our partnership with the government school system caters to many objectives. In the short-term, we offer an immediate, scalable and viable solution that can solve the English challenge for our school-going children. Effectively, this opens the door for many associated opportunities. These include the integration of technology-enabled learning (beyond English), personalised learning, and enabling learning beyond the constraints of geography.

Q. Why do you think an app like EnglishBolo, which you launched last December, is the way ahead?
The progress has been inspiring. Without huge marketing spend, the app has seen nearly 500,000 registered users and a very healthy rate of conversion to premium.

While the app is being used across a variety of user groups and use cases, it’s popular with employers in the service industry for the simple reason that it’s affordable and convenient. Learners can book a teacher-class for any day of the week and at a time of their convenience.

The programme is finding favour with government welfare schemes as well. For example, in West Bengal, thousands have registered with the West Bengal Employment Exchange, and can use the app to help improve spoken English. For the long term, the most exciting segment is the young low-income consumer. We believe the app is poised to become a significant provider of English language skill to this segment, and in many ways, lead the transformation of how India learns.

Q. You reckon that the formative edutech model in India has not worked…
Edutech in India was introduced by adopting the ‘infrastructure model’ i.e. heavy investment in smart boards, loaded with content. This has failed to take off for many reasons. Edutech has recently been successful when aimed at the affluent for self or individual learning. Edutech, like EnglishHelper, aimed at the low-income segments, has limited or almost no benchmark for success. In other words, this requires working with first principles and adapting as needed.

Q. You have taken your offering outside India as well…
RightToRead is now in India, Sri Lanka, Nepal and Bangladesh in South Asia; Nigeria and Sierra Leone in Africa; Nicaragua, Honduras and Guatemala in Latin America. In Sri Lanka, the government has approved the implementation of the programme in every school in the country. It is estimated all 10,000 schools in Sri Lanka will be covered by 2020.

There are plans to introduce the programme to China and south-east Asia over the next 12 months.